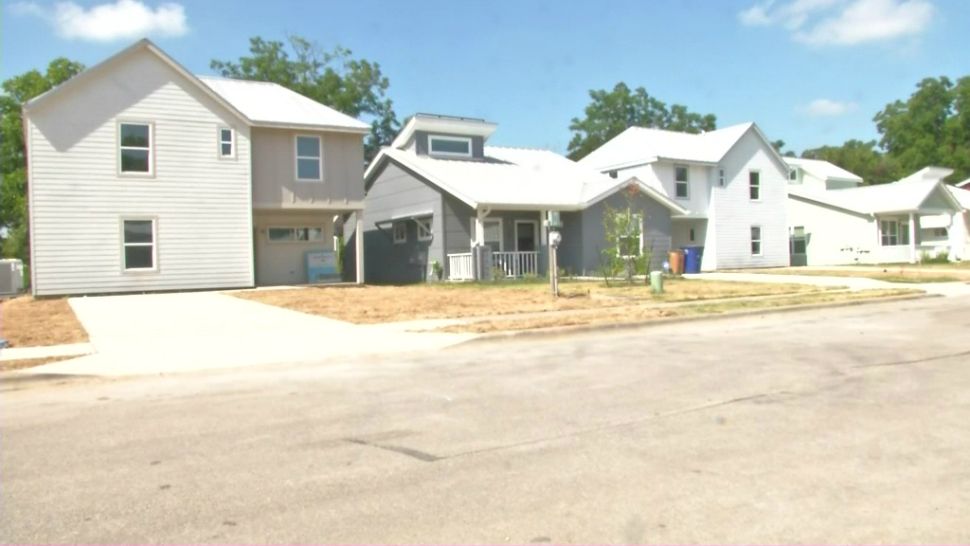 The homes are the first-built of their kind. They come equipped with solar panels, advanced wall construction, and vaulted ceilings to keep costs for the new homeowners down.

The land was provided by the Guadalupe Neighborhood Development Corporation through a community land trust. Mayor Steve Adler and U.S. Representative Lloyd Doggett were both speakers at the event. Mayor Adler emphasized that housing and homeless crisis are a top priority for the city.

Kelsey Mokarzel is a lifelong East Austin resident and one of the recipients of the home. She said she is excited to move in with her young son and have him grow up in the same community she did.

"I've been renting a lot of houses all over East Austin. I wanted a home for me and my son and a backyard and somewhere he could have his own room. Somewhere he can grow up in, instead of having to move from home to home every couple of years like I did," said Mokarzel.