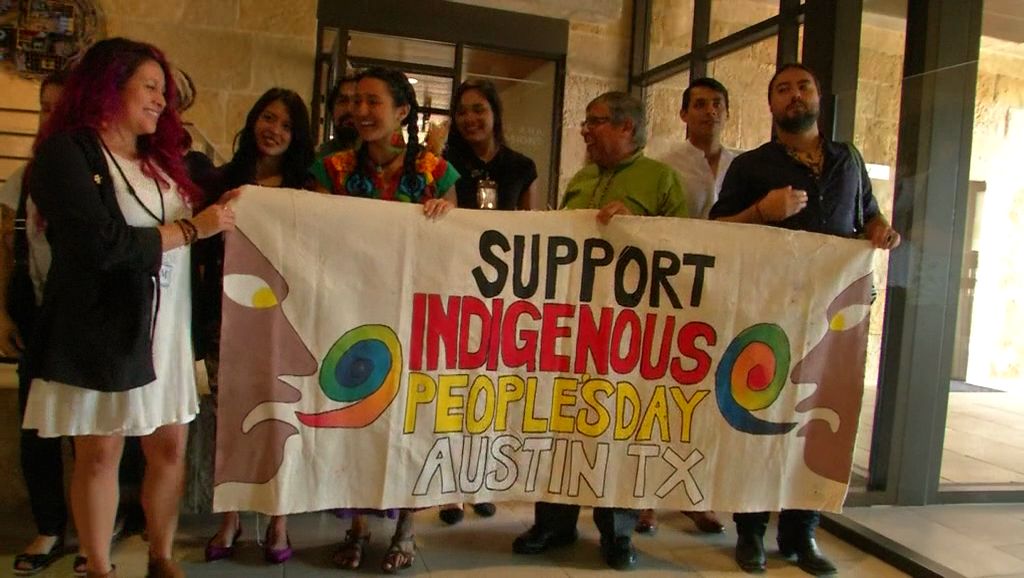 Columbus Day is no longer celebrated in Austin. Rather, it has been renamed. It is now called Indigenous People's Day. But it wasn't an easy decision among city council members.

Tane Ward of Equilibrio Norte has been making the plea for a year.

"We're asking for indigenous people to be honored," he said.  "And the only name we're erasing here is the name of Columbus."

"When we're changing the name to Indigenous People, it's to celebrate indigenous people," Ward explained. "Columbus doesn't necessarily...it's not Italian people's day. If it were, we wouldn't be in favor of getting rid of that."

It's a part of history where people still fail to see eye-to-eye, centuries later. City Councilwoman Ellen Troxclair explained how the resolution offends some of her constituents.

"Some of the wording in the resolution is disrespectful to their heritage," she said.

The dais was split up over changing the holiday to "Indigenous People's Day." Some argued that Columbus Day is a misrepresentation of history and a painful reminder to Native Americans in the community; while some argued for a more inclusive resolution by adding 'also' to the draft.

It was a proposal Councilwoman Alison Alter made.

"I have to respect the wishes of the indigenous people," she said. "So I won't be able to support adding 'also.' There's no way we can celebrate both."

On top of the local challenges, Columbus Day is a national holiday, but Councilwoman Delia Garza was optimistic.

"If enough cities do what we're doing. At some point, our federal government will recognize this," she said.

The resolution passed 9 to 1, with Councilwoman Alter abstaining.

"We hope that these name changes would help awaken people and bring more consciousness to us living in a better way," Ward said. "And truly honor the history of this land and this place that is more positive."

Aside from Austin, Seattle, Denver, Albuquerque and Los Angeles have renamed the holiday.