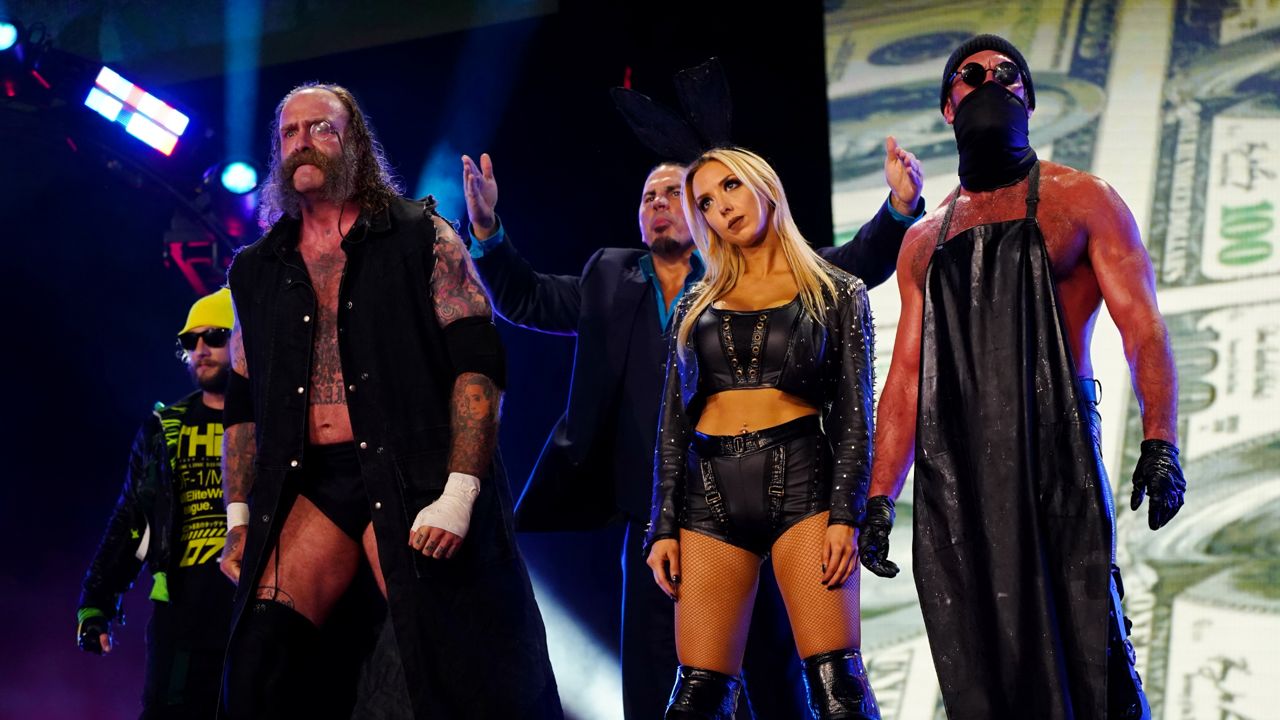 All Elite Wrestling will be live in Rochester Wednesday night. (Photo: AEW)

ROCHESTER, N.Y. — The theatrics, storylines, heroes and villains of All Elite Wrestling will perform live in Rochester. The ultimate, theater-in-the-ring experience makes its debut Wednesday at the Blue Cross Arena at the War Memorial.

With flying leaps and body slams, you can watch the stories unfold and see the showdowns live and in-person with the AEW crew and its Dynamite show. This event was rescheduled a couple of times, so wrestling fans, here you go.

There’s no doubt about it, the AEW wrestlers are exceptional athletes. AEW is not yet three years old, but has already established itself as the biggest major wrestling promotion to rival WWE in two decades, adding stars CM Punk and Bryan Danielson to its roster that includes world champion Kenny Omega, women's champion Britt Baker and tag team champs the Lucha Brothers.

The tag team of The Butcher and Blade are villains in the ring. The duo is from Buffalo.

They may be the bad boys of the ring, but The Butcher and The Blade are super nice guys who are passionate about All Elite Wrestling and putting on the BEST show possible. AEW is at Blue Cross Arena Wednesday! #prowrestling #AEW #roc #TagTeam pic.twitter.com/c3BOKkcM1X

“It is pretty impressive that through the pandemic, we had wrestling going every single week, brand new and live," said The Butcher, who's also a guitarist in Buffalo metal band Every Time I Die. "What you are going to expect from Butcher and Blade is that we are going to deliver, no matter what. That is all I want to do is for everyone to look at us and say 'wow, what a tag team.' "

“AEW being so fresh is one thing, but the fact that as much as we’ve accomplished in such a small amount of time is incredible," said The Blade. "The shows we’ve been putting on the last couple of weeks are pay-per-view quality. So to keep rolling and being so close to home it is really going to be a good one.”

The AEW show was originally scheduled to be in Rochester back in March 2020….Covid delayed the tour but Wednesday it’s on! Tag team —The Butcher and the Blade are from #Buffalo @SPECNews1ROC #AEW #roc 📷: AEW pic.twitter.com/w2Z9iUVWla

The Butcher and The Blade are dedicating Wednesday's show to the late pro wrestler Jon Huber, who was known as Brodie Lee in AEW and Luke Harper in WWE. Huber, a Rochester native, died last December.

AEW is visiting a new city each week for its Wednesday night Dynamite shows that will be live on TNT. The doors open for the AEW event at 6 p.m. at Blue Cross Arena. Tickets are available here.

New health safety protocols are in place at Blue Cross Arena. Anyone over 12 years of age must bring proof of at least one dose of COVID-19 vaccination and anyone under the age of 12 must wear a face covering.