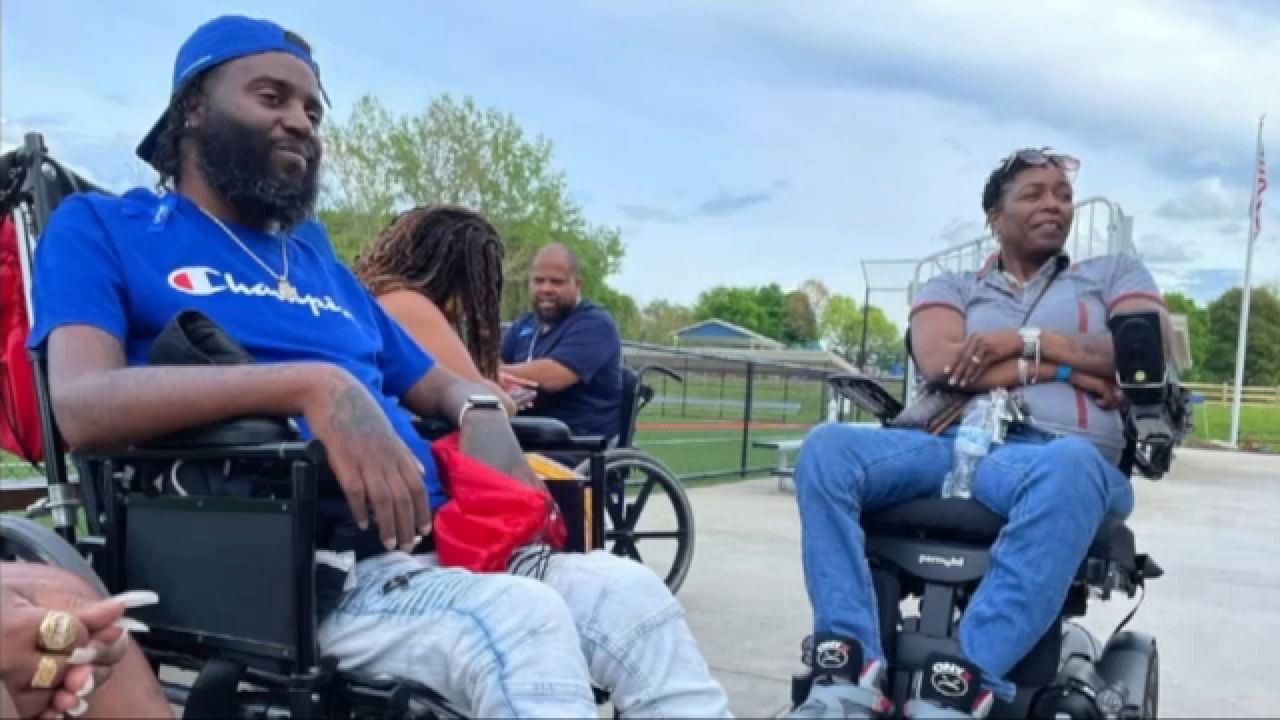 ROCHESTER, N.Y. — For people who survive being shot, their life changes. Some never walk on their own again. Now, a new local group is making sure those victims don't have to go it alone.

“It took me a lot of years to realize that I'm supposed to be, you know, trying to give back," said Mike Patterson. "Not trying to hurt people, but trying to help people.”

When he was 18 years old, Patterson was shot and paralyzed.

He’d already served time in juvenile detention, but accepting this sentence was harder.

“So now I'm in a hospital and the people look just like the people from jail...and they trying to help me, but I couldn't make sense of it,” said Patterson.

“Instantly I knew right then and there that I was paralyzed," said Jordan Thomas. "I knew because my whole body was numb.”

Thomas was shot in the back two years ago.

“When you’re in a chair, your mind runs,” Thomas said.

He began to find peace only after joining a support group for paralyzed gunshot victims started by the Rochester Spinal Association.

“A group of people that got your back no matter what,” said Thomas.

Police often classify their type of injuries as “non-life threatening.” However, the injuries are forever life-changing. Some in the group were innocent victims. Others were targeted.

“You can't get anywhere worthwhile without any help," said Patterson. "And sometimes there are situations, people just stop helping us. They feel like they can just write us off because we're not gonna make no difference in this world anyway. They just write us off. But we help each other.”

“It's not the being shot that's hard, it is the rejection from family and friends, and from society at large,” said Nicole Nabors.

Nabors remembers that day with her cousin, 16 years ago.

“She died and I was shot,” Nabors said.

A photo on her wall was the last picture taken of Nicole while she was standing. Once out of the hospital, she went to live with her father in a house that wasn’t ready for her.

“So that was really hard, and not just being home, but being completely and totally dependent and reliant on other people in an environment that was not prepared for my injuries," Nabors said.

“We're seeing some of the people that are recently injured and where they're at and how much they, they really can't picture where they can be a year or two,” said Chris Hilderbrant, RSA executive director.

Hilderbrant says the support group was started to address a lack of resources for people with spinal injuries, especially in the Black community.

Not only are gunshot victims directed to resources, they also meet those who can relate to what they’re dealing with, physically and emotionally.

Patterson now works to spread the word about the support that is available to people like him.

“So sometimes we pull the bricks off each other and make it a little lighter for each other and try to get you a little bit of purpose man, but it's not easy," Patterson said.

Despite being shot, and paralyzed, Thomas believes it’s a blessing.

“It saved my life," Thomas said. "It’s saving my life as we speak. Literally.”

It’s been said that everything happens for a reason. Making sense of it isn’t always easy. So they lean on each other.

Hilderbrant says the support group for paralyzed gunshot victims is one of just a few in the United States. He says Rochester Spinal Association is talking with advocates and medical professionals about expanding the support groups to other cities.