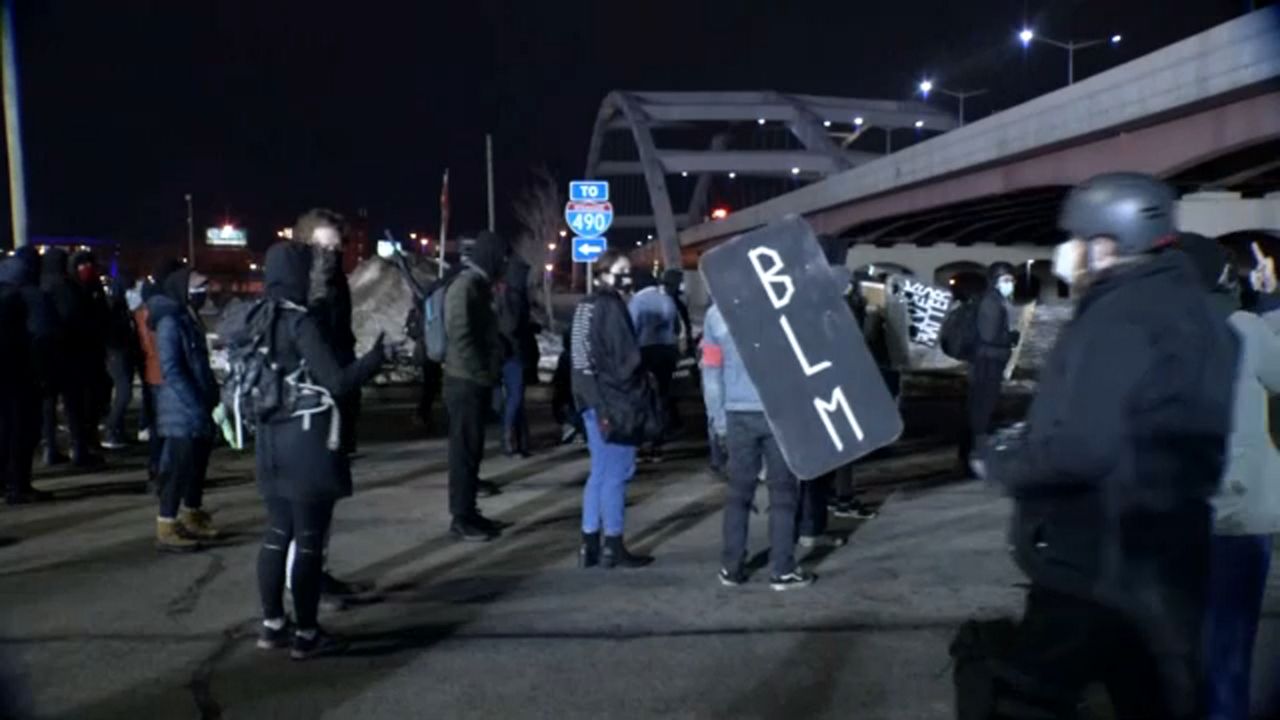 ROCHESTER, N.Y. — Activists took to the streets of Rochester for a second evening in response to the grand jury decision to not indict any of the officers involved in the arrest and subsequent death of Daniel Prude in police custody. Free the People ROC organized the event.

They even remained inside while a protestor crossed the barricades and taped papers onto the building’s doors.

“It was disgusting. I will say that we know throughout history when police officers murder Black or brown people, the likelihood of an indictment happening is usually never. So it’s what we expected but it’s still disappointing," Free the People ROC organizer Ashley Gantt said.

And while Interim Police Chief Cynthia Herriott-Sullivan says this new approach is a more gradual response to protests, organizers say it just shows how peaceful things could’ve been last year.

“It highlights how abusive and violent the cops were back last year, because we were doing the same thing,” organizer Stanley Martin said. “We were marching, and we have no intention of doing anything except lifting up our voices and our demands.”

And though none of the officers were indicted, Free the People ROC is still calling for the passage of Daniel’s Law, which would change how authorities respond to mental health crises. They are also calling for the firing of the seven officers involved in Prude's death.

Organizers say they don't want the officers involved in their community.

The protest ended peacefully just after 6:30 p.m., closing with chanting near the Exchange Street Bridge.