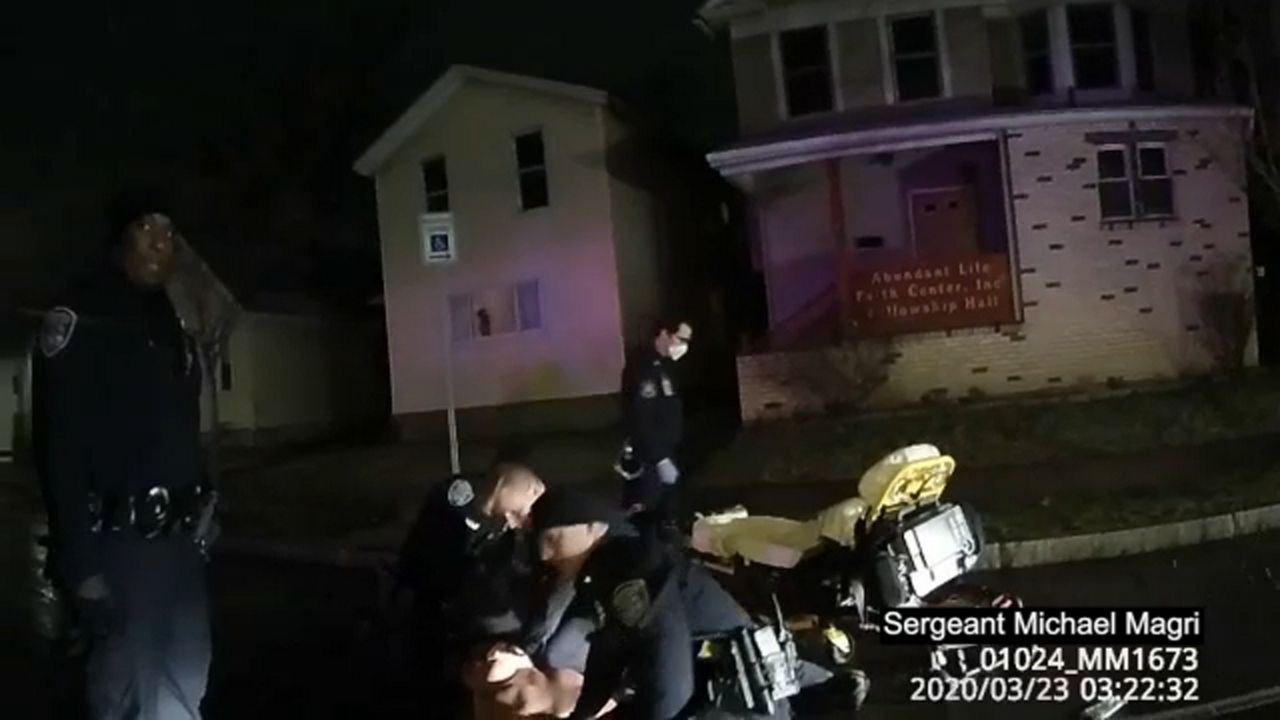 ROCHESTER, N.Y. — We are learning new details about the case surrounding the death of Daniel Prude.

New York Attorney General Letitia James released a 200 plus page comprehensive report detailing the events surrounding the death of Daniel Prude. Part of the report includes the release of never before seen footage of Prude in the hours before his encounter with Rochester Police on March 24, 2020.

The report offers images and audio from the interaction with Cheektowaga Police on March 22 and a 911 call placed in Rochester later that same day, shortly after 7 p.m.

There is video inside the home of Daniel Prude’s brother, Joe Prude. Police are there and the video shows Daniel Prude being placed into an ambulance.

Video is edited into a synchronized timeline with a compilation of various pieces of audio and video footage from different locations and cameras but at the same time with a map for clarity.

It includes a second 911 call, from Joe Prude, and a third from a tow truck operator.

Various surveillance footage captures some of the movements of Prude as a map shows the location.

The report also includes legal analysis, and all the evidence, findings, and recommendations that the AG’s office collected during the investigation outside of the grand jury process.

The AG says she will continue to do what she can to encourage transparency in the justice system.  ​