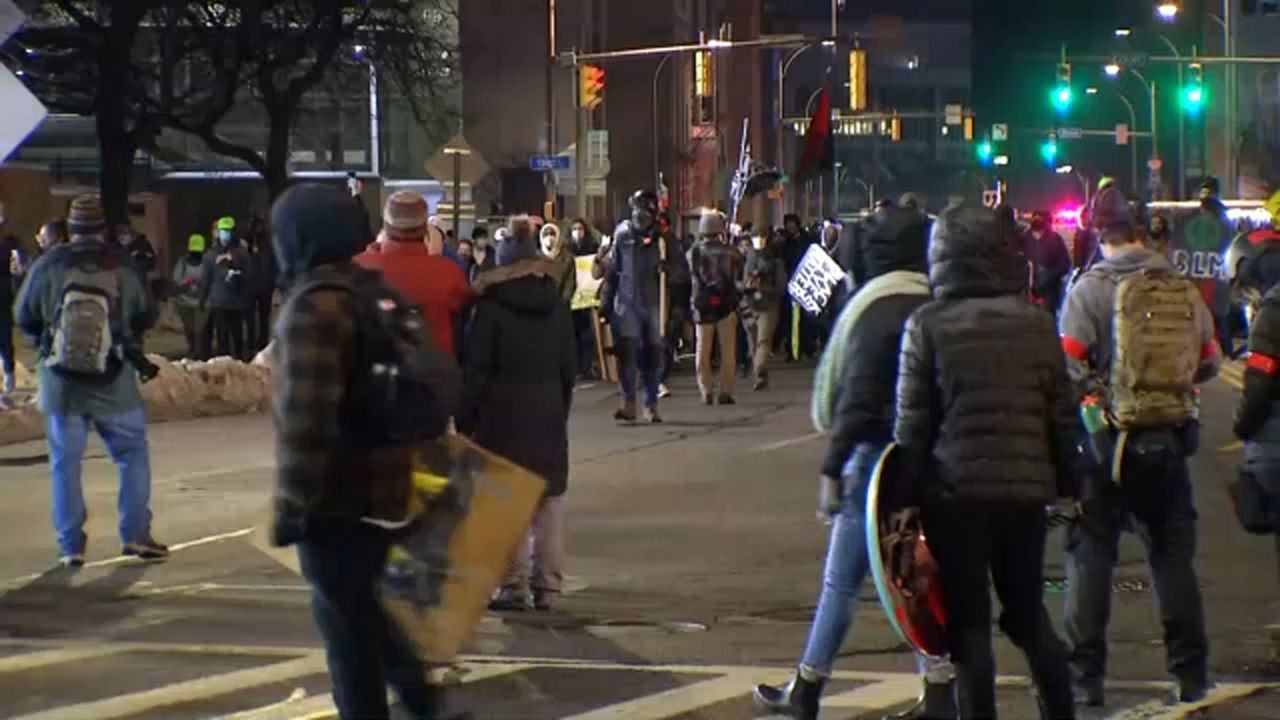 Protesters ended their march at the Rochester Civic Center Plaza, but it started at the intersection of Jefferson Avenue and Dr. Samuel McCree Way where Daniel Prude was taken into custody in March 2020.

They chanted, calling for the firing of the officers involved in Prude's arrest and subsequent death while in police custody.

On Jefferson Avenue, people gathered and expressed their discontentment with the decision, but also reflected on what has come out of the months since calling for justice.

The group has begun marching down Jefferson Avenue. @SPECNewsROC pic.twitter.com/F84Xh7JK9k

"The verdict tries to tell us 'be small, be afraid, cower away.' You can't win anything. But I want to point to some of the wins that we've actually had this year. I think the most significant win is community. The community we created in the face of adversity. Another win we have is the introduction to Daniel's Law," said Stanley Martin of Free the People Roc.

"Our future is going to be led by us: the people who continue to show up night after night, day after day, year after year," said Martin. "This isn't the first year that we've taken to the streets. We've been doing this, this is our history, this is our culture. We march, we fight, we stand up."

After protest organizers spoke, the group marched to a police special operations building on Child Street and chanted as they walked. There, they met several police officers outside. Officers stood guard in front of the building before retreating inside.

From there, roughly 100 protesters marched onto Interstate 490, heading eastbound in the westbound lanes. Police followed along to keep the group safe from traffic.

The protest eventually wound up at the Public Safety Building on Exchange Boulevard where some in the group climbed over concrete and steel barricades.

Protesters left the PSB around 11 p.m. and went down the street and onto the stairs at the Civic Center Plaza outside the Hall of Justice where they were met by Monroe County Sheriff's deputies.

Now they are headed for the I-490 pic.twitter.com/ULfSsw3iRb

The Monroe County Sheriff’s Office declared an unlawful assembly shortly before 11:30 p.m. on Twitter, warning the remaining groups to disperse or face arrest.

There is no word yet on if any arrests were made.

Both the RPD and sheriff's office pointed to the composure of officers and deputies during the demonstration.