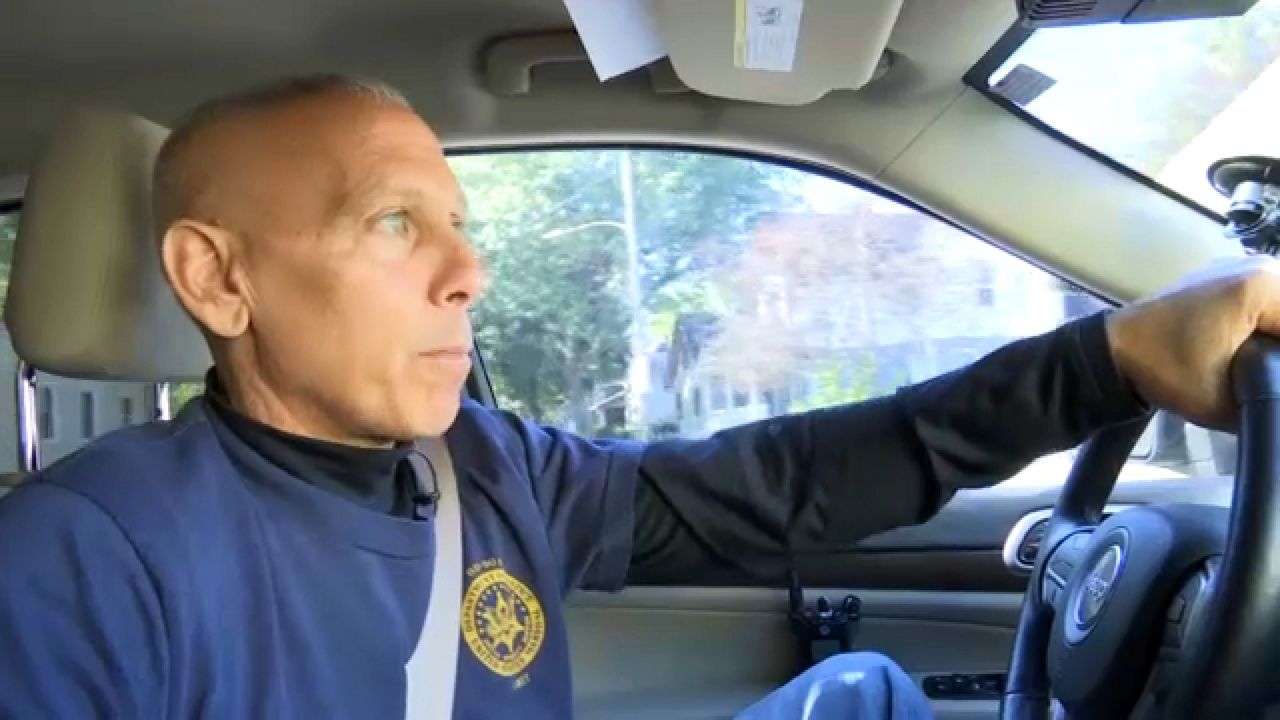 ROCHESTER, N.Y. — Authorities are revealing more about what they're now calling a gang problem on Rochester’s streets. This follows additional charges against the man accused of killing a Rochester police officer.

Police say not only are there street gangs in Rochester, but there are affiliations with gangs from cities in other states.

“...This is a fight that we're not going to stop until we win,” said United States Marshal for the Western District of New York Charles Salina. “It's a battle and law enforcement is going to prevail in this. The good people are going to help us and right is going to win.”

“There’s a lot of impact that comes from the violent crime associated with gangs, whether they're national gangs, local street gangs, loosely organized or have a strict hierarchy," said Rochester Police Captain Sam Lucyshyn.

Both law enforcement leaders are among those working to get the worst of the worst off the streets.

“When you do take into account the violent crime that has come in from out of state, it certainly has had quite an impact," said Lucyshyn.

“The scary part about it is they’re young,” said Salina. “Just last week we arrested a 14-year-old who was armed with a gun and associates with a street gang here in Rochester.”

It’s now suspected by police that out-of-state gang activity led to the murder of Rochester Police Officer Anthony Mazurkiewicz. He was shot multiple times while involved in what authorities say was an investigation into a turf war between gang members over marijuana distribution.

According to federal documents, Bureau of Alcohol, Tobacco, Firearms and Explosives agents state individuals aligned with national gangs known as the Crips and the Bloods have been found in Rochester.

And Kelvin Vickers, the man charged in connection with the death of Officer Mazurkiewicz, came to Rochester from the Boston area.

“There are a lot of eyes on these street gangs, federal law enforcement," said Salinas. "We've never been more unified than we are today. The U.S. Attorney Trini Ross, FBI, ATF, DEA. We're all focusing on the street crime here in Rochester and a lot of it is gang-related."

He isn't commenting on potential connections to national gangs but does say, "Federal law enforcement agencies have never been more connected. I've been doing this for 23-plus years here and the group effort you're seeing now has never been stronger. So yes, there should be a concern, but it is a top priority for the United States attorney... We are looking at that, but I'm not going to comment on how. But as far as the street gangs here, I think we are making a dent.”

What is the estimate on how many people are tied to street gangs in Rochester?

National gang, local street gang or no gang — the multi-unit task force is taking aim at violence in the city of Rochester.

“It's never been more dangerous for us to be out there, especially what we're doing on this task force going after the violent offenders that most often are going to be armed with a gun when we approach," said Salina.