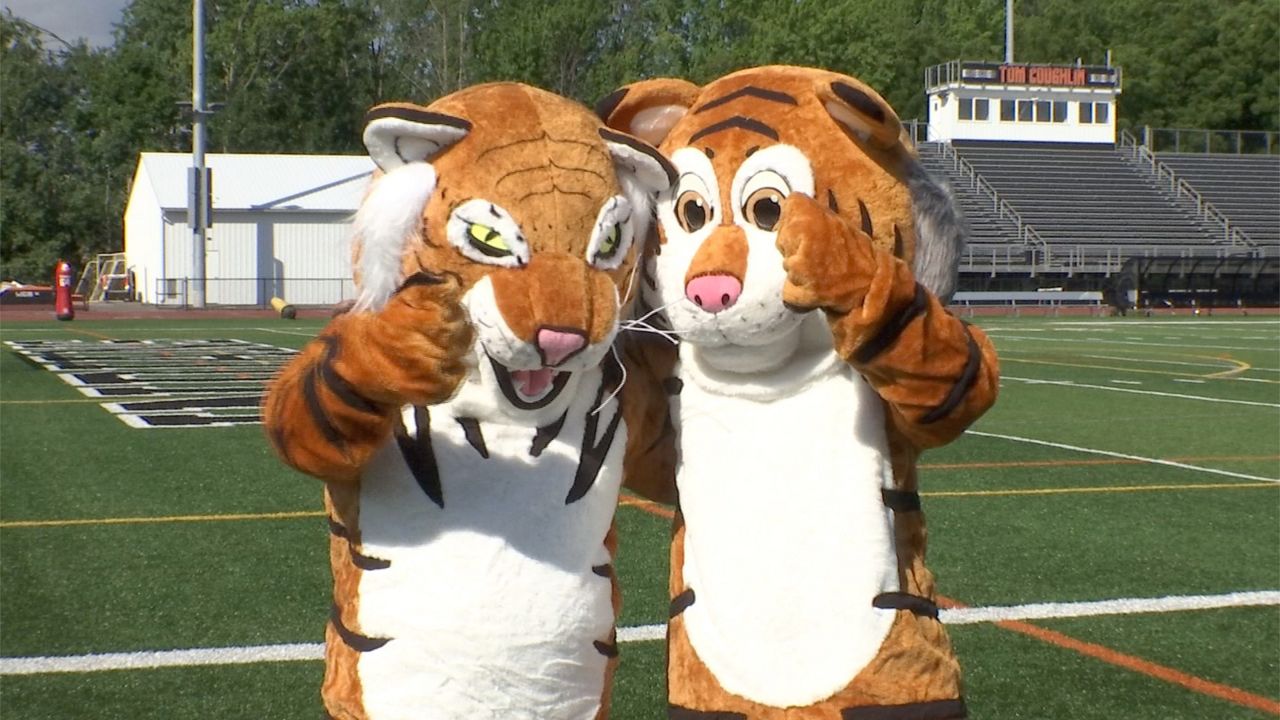 ​​WATERLOO, N.Y. — ​Washington’s NFL team and Cleveland’s MLB did it. Now a Finger Lakes school district has given up its Native American-themed name. Come fall, Waterloo Central Schools will have a new mascot.

Logan Amidon and Petra O’Connor have been busy. They’re part of the committee which helped Waterloo Central Schools pick a new mascot. This fall, the seniors will be the Waterloo Tigers. Before that, they were the Waterloo Indians.

"Some people didn't like the Indians," said Amidon. "Or they always wanted to keep the Indians, whenever the subject would come up about the change."

School officials said keeping the name "Indians" was insensitive to Native Americans. The Waterloo school board voted to drop the name. The district offered several other name options, and 72% of residents who responded selected "Tigers."

"Students had a major focus in making this change," said Terri Bavis, Waterloo superintendent of schools. "And the kids, honestly, they didn't really have a preference as far as what we chose. They just wanted to have a mascot that they could dress up in and enjoy, and especially our seniors for their senior year, because they haven't had a mascot."

In recent years, the district had moved away from the name Indians on team jerseys, in favor of a “W” logo. The tiger mascots, one fierce and one more kid-friendly, keep the school’s traditional orange and black colors.

There was significant opposition to the mascot change. Around Waterloo, people placed signs touting "Indian Pride." More than 1,100 people signed petitions against the move, many arguing the symbols honored Native Americans.

"Waterloo's mascot has been the Indians to show pride in our area’s heritage, and we use it as a symbol of strength and bravery," read a post on the petition web page.

"I know that there are some people in the community, they're not happy with the change," said Bavis. "They want to be the Indians forever, and they are the Indians. When they went to school here, they were the Indians and they'll always be the Indians. But moving forward and being respectful of what the state has asked of us and their guidance, we really felt like we needed to move away from that mascot and go to something that was more culturally appropriate."

A bill in the state Senate would ban the use of all Native American mascots in New York schools by 2024. So far, it has not come up for a vote.

"It's good to like be part of the change," said Amidon. "And just like, to know that you accomplish something, whether people want it or not."

The Indians logo will remain, this year, anyway, on the school’s football field. Replacing the turf will cost $150,000 and the district hopes to pay for it in a future capital project.

A new school year is ahead, with an old mascot retired.