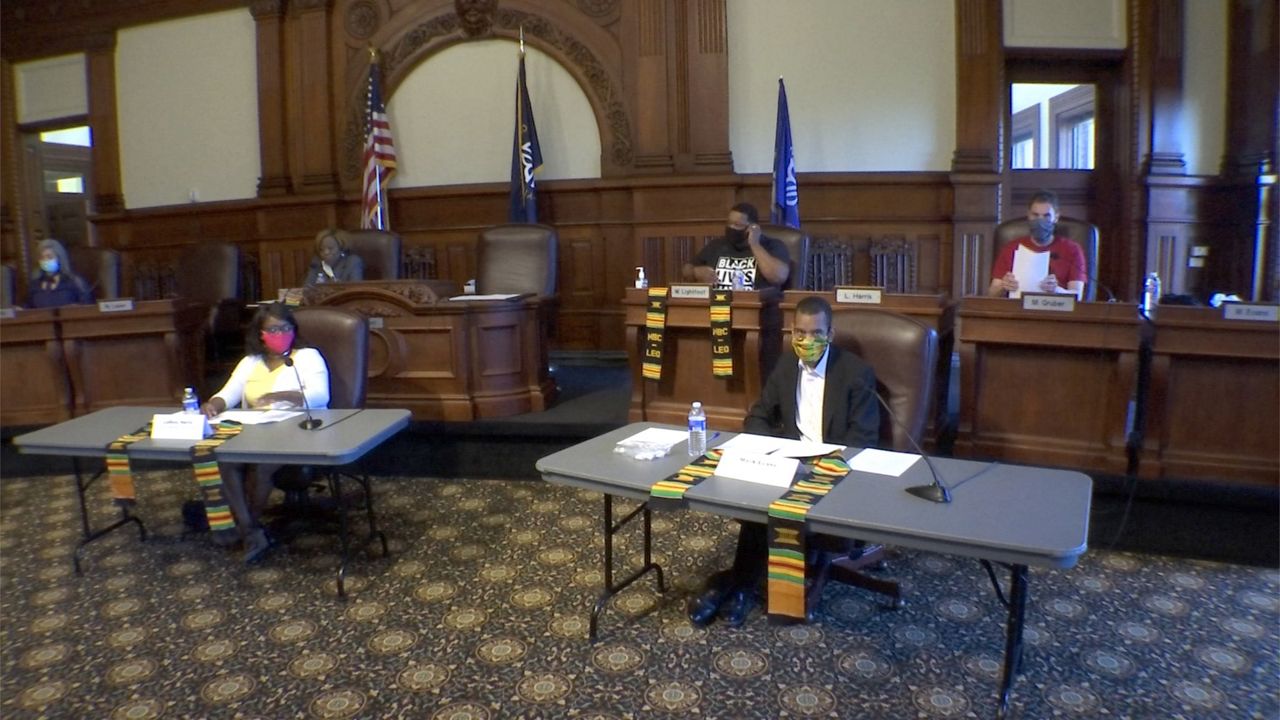 The Rochester City Council is proposing deep cuts in funding for the Rochester Police Department.

At a news conference Monday, council members presented a plan which would cut overall funding by $3.6 million, while shifting money for police overtime at special events to community parks and rec programs.

"I want to say that this was an absolutely difficult budget year," says Councilmember Malik Evans. "The difficulty is still not over. Despite all those challenges, racial equity is something that will not take a back seat."

The proposed funding cut represents 3.7 percent of the overall RPD budget. The plan would also take school resource officers out of Rochester city schools and will cut the next RPD police recruit class by half.

"These actions are laying a foundation for us to reimagine what policing in Rochester can look like moving forward,” said Loretta Scott, City Council president.

Mike Mazzeo, president of the Rochester Police Locust Club, reacted on behalf of the union which represents city police officers.

Mazzeo says police departments must embrace calls for reform. But he cautioned against making hasty decisions and changes regarding police funding and training.

"We should be spending some time to think about what that means and what's going to be the best course of action to take," he says. "Not try to make it by sundown, and I think that's my biggest concern."

The proposed police cuts don't even begin to scratch the surface for one local group.

Free the People ROC, which is aligned with Black Lives Matter, wants the police department defunded by 50 percent, and eventually disbanded.

"They're incredibly ineffective,” says member Imn Abid. "And they're not doing their job the way they're supposed to."

During the news conference at City Hall, City Council members also took a knee, eight minutes and forty-six seconds of silence, for George Floyd. The black man's death, at the hands of a white Minneapolis police officer, sparked nationwide protests against racism and police brutality.

During the meeting, the council said it would appeal a judge's decision which stripped disciplinary authority from the recently-created Rochester Police Accountability Board. The police union successfully sued to get that result.

"You can't set people up to fail," says Mazzeo. "And that's what it feels like to the police officers today."

Council members also want to reassess the way police officers are taught and trained, especially when interacting with people of color.

"We live this," says Evans. "So we understand what's going on in our communities because we lived it every day since the day we were born."

"This council is committed to holistically rethinking policing and our community," says Scott.