View of ice on the Hudson River from Troy, New York on Tuesday. (Heather Morrison)

When a cold winter is interrupted by warm spells, it often leads to ice jam flooding. Here we'll explore the process of ice jam formation and how to stay safe if your hometown issues an ice jam alert.

The long and cold winter months in the north typically lead to ice formation on our local waterways. 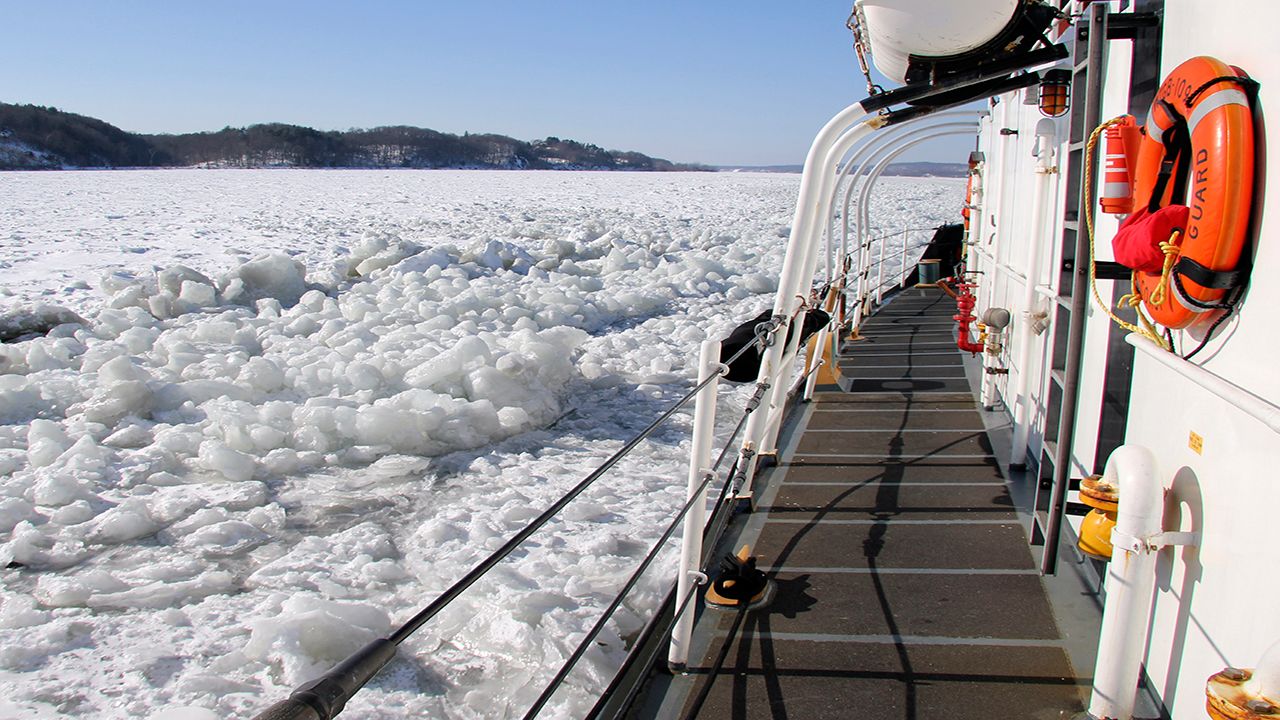 An ice breaker boat on the Hudson River during the winter. Despite icy waters, heavy duty ice breaker ships pave a path for essential service ships that carry heating fuels through our area. (AP Photo/Ted Shaffrey)

Big fluctuations in temperature and rain can cause the rivers to rise, allowing ice to break up rapidly. This can lead to impactful ice and water movement, resulting in ice jam floods.

During our cold winter months, ice thickens and becomes more compact over waterways. Ideally, the ice would gradually melt as spring rolls around, but this is not always the case.

Every now and then, there comes a winter warmup that otherwise makes the river ice melt too abruptly. This has also been the case during a spring freeze and rapid warm spell.

Sometimes, ice jams only impact very localized, curved areas along a river bank. Other times, ice floe can act as a broken dam, creating the flooding out of vast areas.

Ice jams not only lead to excess water flow, but their momentum can push large, heavy and sharp chunks of ice over the river banks onto land, causing damage to vehicles, property and life. 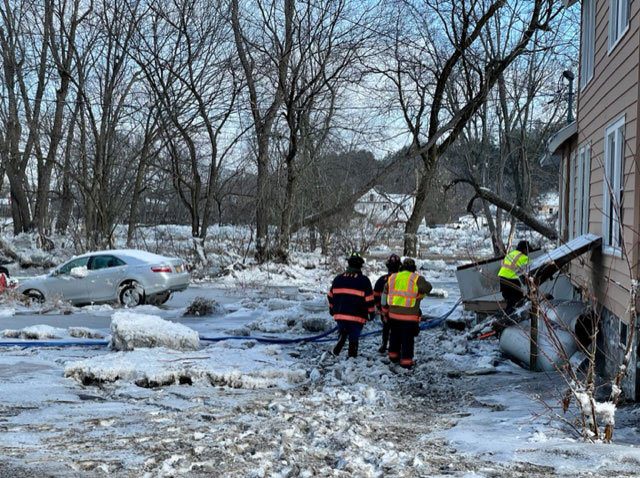 In Warren County, the towns of Warrensburg and Thurman are currently experiencing minor ice jam flooding this week. This is where Flood Advisories are currently in effect.

Route 418 (River Street) remains closed in both directions between Hickory Hill Road and River Road due to ongoing flooding.

Water and ice from the Hudson flow onto the road in Warren County. (Spectrum News 1/Videographer Shawn Hilleboe)

In the photo above, you can see where water and ice from the Hudson River has overrun the road. The road and bridge remain closed, forcing locals to find alternative routes.

This is not the first time ice jams have created issues in Warren County. Click here to see footage from an ice jam Spectrum News 1 covered back in 2018.

Recent rainfall and mild temperatures have also impacted our Adirondacks North Country. Runoff and rising river water pressure led to the breakup of thick sheets on the Ausable River.

Powerful water flow underneath these ice sheets pushed the large chunks of ice downstream, which resulted in water and ice flooding.

Tim Rowland of the Adirondack Explorer paints a picture of what happens when winter warming hits too quickly. “When that happens, the ice backs up, creating a dam. When the pressing current finally overcomes the dam, it bursts, creating something of a tsunami. This can happen multiple times as the jam makes its way downstream, the intensity building as it goes.”

Large pieces of ice as big as a couple feet thick can not only cause damage to cars and property, but could also put lives in danger.

Kelley Tucker, executive director of the Ausable River Association, described the ice jam movement as "unpredictable" compared to other types of flooding. She claims, "When it clogged, the river level spiked and with nowhere to go, the water inundated the Au Sable Forks communities."

Curious to learn more about the ice jam situation in the Adirondacks last week?

Check out the links below from the Adirondack Explorer:

With our recent warmth and rain, there are vast regions of the Mohawk Valley and North Country currently under Flood Watches.

These watches are due to concerns of additional ice jam flooding this week, so it's best to stay weather alert and avoid finding yourself in imminent danger of an ice jam flood.

And always remember, if you encounter a flooded out area, turn around, don't drown.