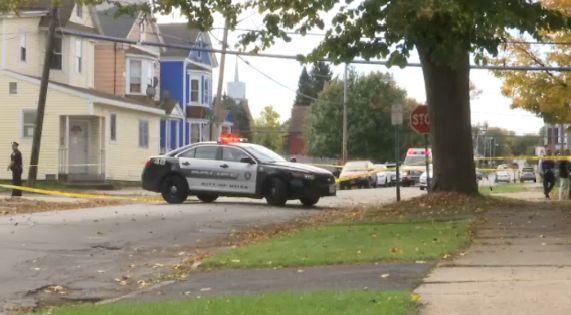 The city of Utica will pay $150,000 to settle a case of excessive police force in which an officer kicked a suspect in the head multiple times while he was restrained in the back of a police transport van, the mayor's office confirmed Thursday afternoon.

Felitto is currently on paid administrative leave while he awaits the resolution of an arbitration case, according to the Utica Police Department.

On Sept. 4, 2020, Utica police officers responded to a 911 call involving a domestic incident on Spring Street, and allegedly found Taylor had threatened a woman with a firearm.

Body camera footage taken from officers show Taylor being taken into custody after initially trying to flee. Police say an illegal firearm was confiscated, and Taylor was charged with multiple firearm-related felonies.

But the footage also showed Felitto engaged in "unauthorized physical force which UPD does not tolerate nor condone," the department said last year. That force appeared to be multiple kicks to Taylor's head while he was restrained.