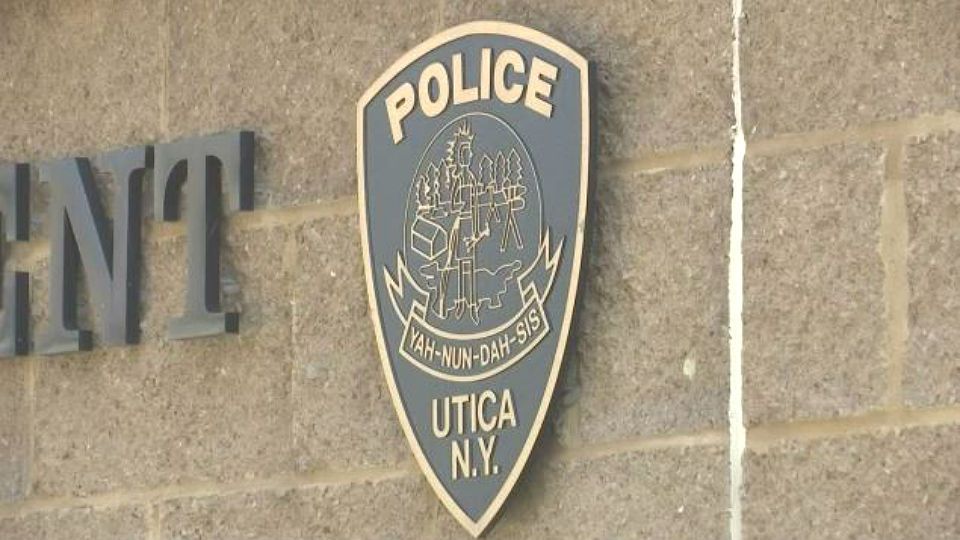 A Utica Police officer has been suspended without pay and may face criminal charges for allegedly using excessive force during the arrest of a suspect last week.

According to Utica Police, officers responded to a 911 call involving a domestic incident on Spring Street on September 4. When they arrived, they found a man, Kerwin Taylor, allegedly had threatened a woman with a firearm.

Body camera footage from several officers show Taylor fleeing the scene and resisting arrest. He was eventually taken into custody and an illegal firearm was confiscated. He was charged with multiple firearm-related felonies.

The footage also shows a Utica Police officer, Matthew Felitto, engaging in "unauthorized physical force which UPD does not tolerate nor condone," according to a department statement.

That force appears to be multiple kicks to Taylor's head while restrained in the back of a police transport van.

"At this time, the City of Utica has probable cause to believe Officer Felitto was not advancing the interests of the Department and City," the department said Thursday morning in the statement.

The incident is under internal administrative investigation and has been referred to the Oneida County District Attorney’s office for possible criminal charges. Based on the body-worn footage, Felitto was immediately suspended without pay, and the city will seek termination under the collective bargaining agreement.

"The Utica Police Department is an accredited agency and does an outstanding job protecting and serving our community," the department said. "Furthermore, the Utica Police Department promotes a culture of transparency, accountability and building partnerships as it was among the first Police Departments in New York State to record all police interrogations, mandate body-worn cameras and make the personnel files of its Officers public. The swift and decisive action taken reflects our values as the City will hold all of its employees accountable when inappropriate conduct occurs."