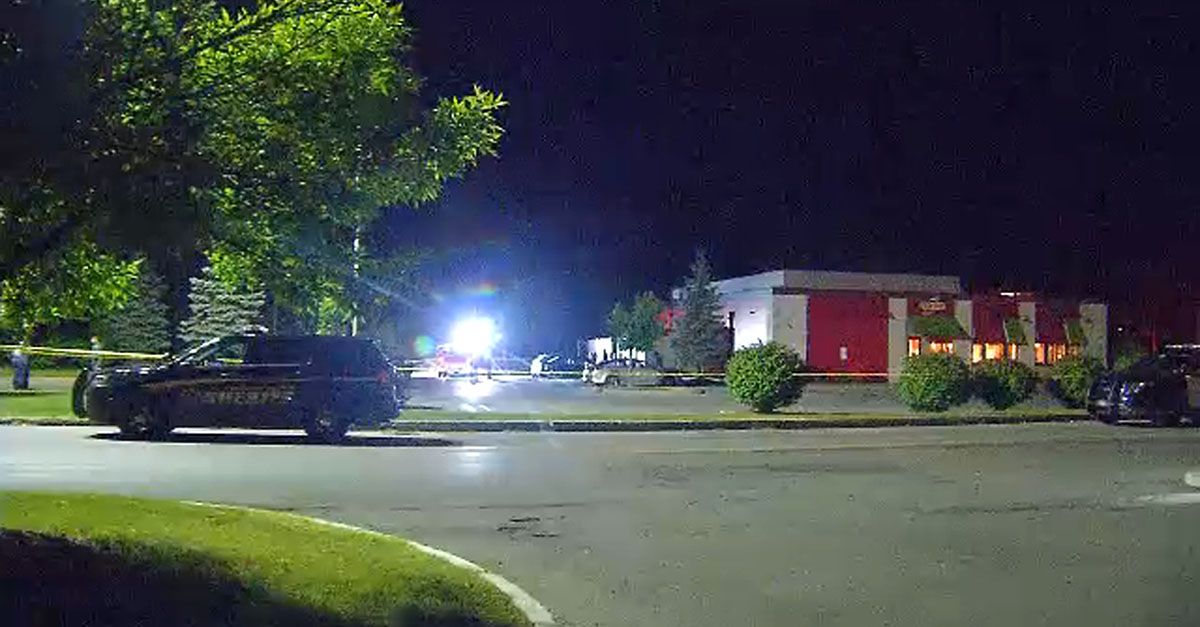 Four more people are charged in connection with this past weekend's closing time robbery which turned deadly inside the Chili's on Erie Boulevard East.

William Wood Jr. is the accused gunman. He was arrested in Fulton one day after he allegedly robbed his former workplace and shot two former co-workers, Kristopher Hicks and Stephen Gudknecht, dead. Two other people survived only because Wood's gun jammed, according to prosecutors.

47-year-old Ronald Green was arraigned in connection with the Chili’s double homicide. He is charged w/2 counts of second degree murder as well as endangering the welfare of a child. Police say he was Wood’s getaway driver and had a child in the car at the time of the robbery pic.twitter.com/78B7JaO6Xo

Ronald Green, the alleged getaway driver, also allegedly had a two-year-old in the vehicle with him at the time. Green pleaded not guilty and the judge set no bail for him, and also for Tracy Brown.

53-year-old Tracey Brown arrested in connection with the Chili’s Dewitt Double Homicide. She is being charged with providing the gun Wood used in the robbery @SPECNewsCNY pic.twitter.com/Hep4iVf8kG

Tracy Brown did not appear in court, but police said in exchange for allegedly giving Wood the gun, she expected to be paid a cut of the money stolen in the robbery. Tracy Brown faces two counts of second-degree murder.

30-year-old Ryan Brown is charged with hindering prosecution in the Chili’s Dewitt Homicide. He was allegedly in the car when it traveled from Dewitt to Fulton where Wood was later arrested. Brown is also accused of having 8 bundles of heroin when he was arrested @SPECNewsCNY pic.twitter.com/jGssz5SqEQ

Ryan Brown pleaded not guilty but was granted bail after his lawyer asked the judge. Bail was set at $50,000 cash or $100,000 property bond. Initially, no bail for Ryan was granted.

Following the court appearances, there was another arrest. Jerome Pinkard, 29, of Syracuse stands charged with criminal sale of a firearm.

Dewitt police: 5th person has been arrested in connection with the Dewitt Chili’s double homicide investigation. Jerome C. Pinkard is accused of giving the gun used in the homicides to Tracey Brown who provided it to William Wood Jr. to commit robbery at Chili’s, police say. pic.twitter.com/W9gdXviOI9

As for the accused gunman, William Wood Jr. is charged with two counts of first-degree murder and one count of robbery. He is facing a life sentence if convicted.

Flowers and candles surround the mailbox outside the restaurant's entrance, with a sign that says In Loving Memory of Our Lost Team Members. @GabrielleMediak has this video update from Erie Boulevard East 🔊 pic.twitter.com/qPiBg2MyPU

The DeWitt restaurant has since reopened.