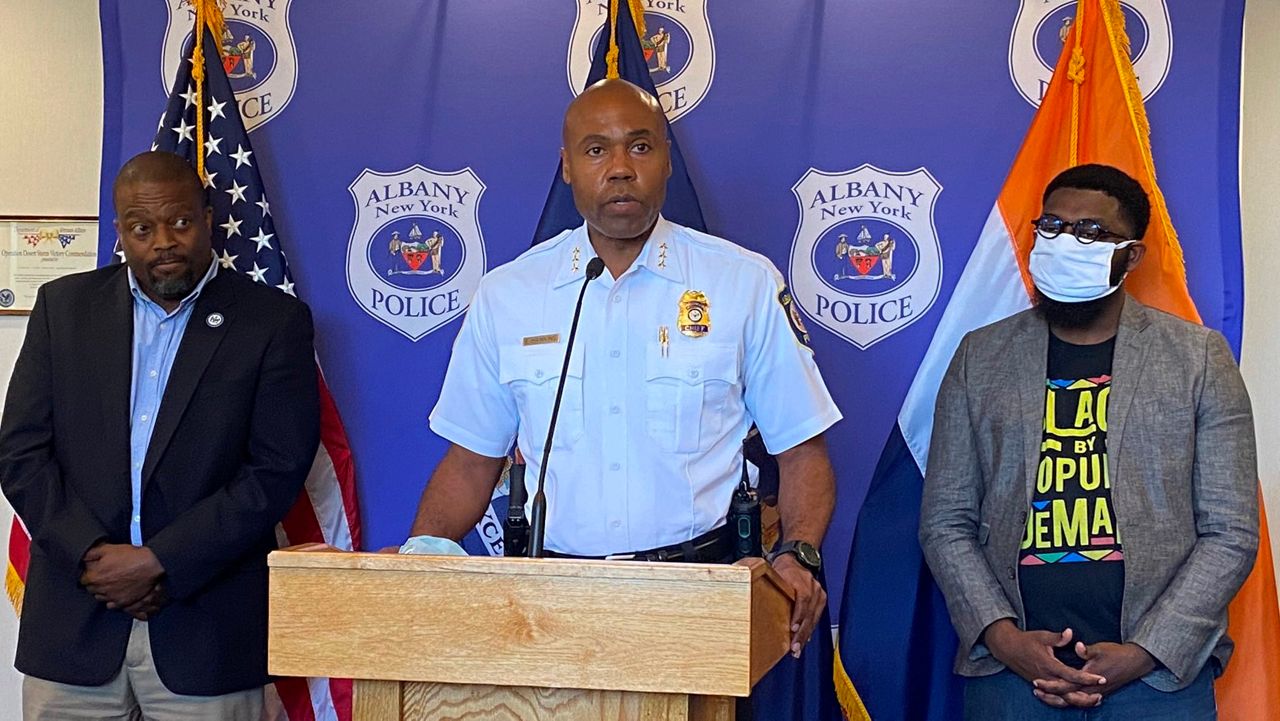 Albany Police Chief Eric Hawkins called for more community involvement to help tamper the violence that has spread throughout the city in 2020, and particularly in the past week.

On Thursday, five combined shootings left one person dead and another 12 people injured.

Both Hawkins and Albany Mayor Kathy Sheehan said - for different reasons - the coronavirus pandemic has played a role in the increase in gun violence in the city this year.

According to Hawkins, they have seen three times as many shots-fired incidents in 2020 than they did at this point in 2019.

Hawkins said the pandemic lead to a decrease in community policing and restricted the department's ability to address issues that arose. Now with the area opening back up, Hawkins is seeking help from the community to stifle the violence.

Chief Hawkins says this is more than a police issue and the department needs the community’s help.

He says he’s working with the city council to discuss problems happening in each ward. pic.twitter.com/2nXrI2v6ti

Other city leaders at the Friday press conference said the community knows who the shooters are, and pleaded with people not to wait until they are personally impacted by gun violence.

Councilman Derek Johnson is pleading with the community to come forward with any information he has.

Meanwhile, Sheehan said the social services that the city relies on to provide services for individuals who want to turn away from violence or make changes to their lives that would reduce the likelihood of them getting involved in violence have had to be closed during the pandemic. But as the region enters into Phase 3, those services are back up and running.

"We are doubly committed to provide people with resources," Sheehan said.

These resources help give people hope and a future, Sheehan added.