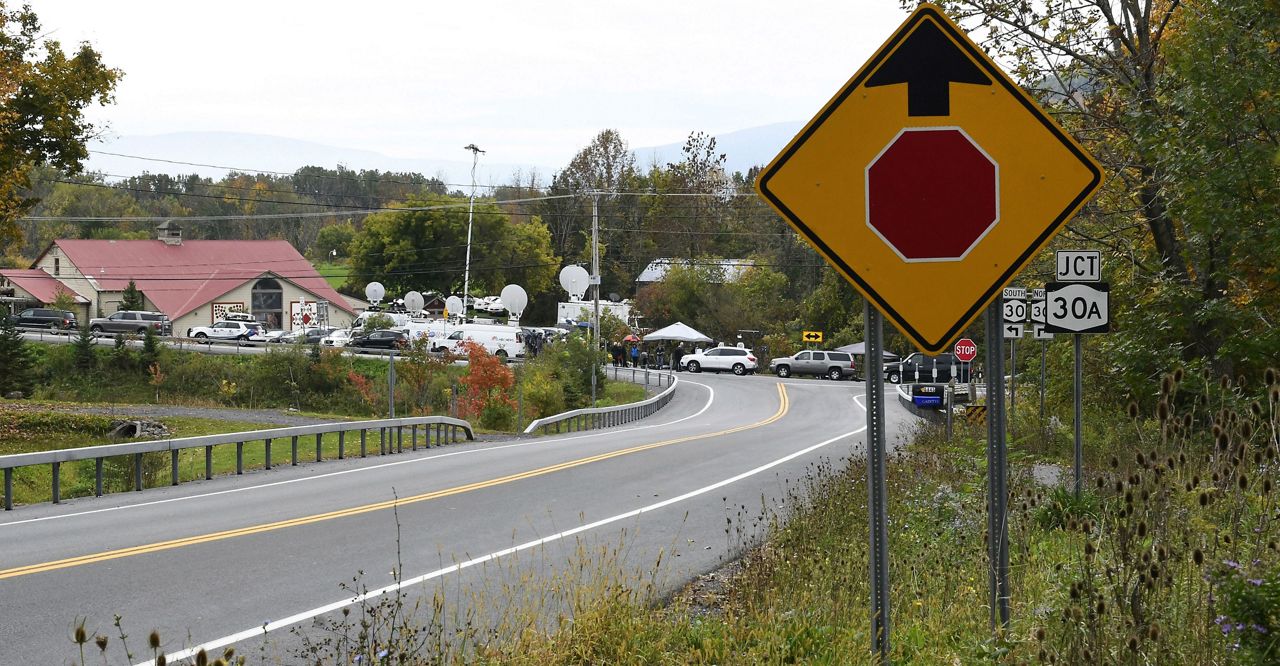 State: No Plan to Change Speed Limit, Signs Near Site of Limo Crash

As New York state faces a lawsuit from the family of one of the 20 Schoharie limousine crash victims, officials say no changes are going to be made to the road.

The suit, from the family of Amanda Rivenburg, said State Route 30 has an unsafe speed limit as it approaches the intersection where the crash happened.

The state is also accused of not posting adequate signage in the area.

Mikhail Shah is Rivenburg's associate attorney. He says the NYDOT should have pulled the 2001 Ford Excursion limo from the road in the first place.

"You drop the ball the first time, and then you drop the ball the second time by not making sure that road was safe. If a vehicle in that terrible condition, by at this point we all know it was, is put on that road, there's no way it's going to make it down that hill," Shah said.

The state announced It will Not be making any changes to the signage or speed limits on route 30 in Schohaire, where the limo crashed 10 months ago. Today we drove down that road and spotted about 7 signs, many of them towards the bottom. @SPECNewsAlbany pic.twitter.com/r3dDjU4uPW

The National Transportation Safety Board is still investigating the crash, but in its preliminary report says a witness saw the limousine speeding through the intersection before the crash.

Now the state says it is not making any changes in the area. Shah says the decision is too rash.

"We don't know all of what led to this accident. I think for this stance to be taken on so early, its a little big of a surprise for me," he said.

A Department of Transportation spokesperson said the speed limits and signs are in compliance with standards and that there's no indication the speed limit posted contributed to the crash.

Shah says there may be a reason why the state doesn't want to make any changes, with lawsuits on the horizon.

"I think the public would view it as a whole of, 'the state is coming forward, they're admitting liability, we did something wrong, we have to fix these measures.' We can't bring that in to court to prove that this was negligence on behalf of the state," Shah said.

The Rivenburg family has also filed a lawsuit against Nauman Hussain, the operator of Prestige Limousine, which owned the vehicle involved in the crash. They believe his negligence may have caused the breaks on the limo to partially fail.

Those who live in Schoharie say Route 30 is hard on the brakes for any car.

"They run their brakes, they get to the bottom, there's no brakes left," Donald Martin said. "Even on the bottom, I think there should be a runoff, like you have on a mountain. That way if you have a problem, you could run off into the soft sand somewhere."

Martin's lived in the town since the 1980s. He says he avoids Route 30 whenever he can, even after there was construction on the road years ago.

"They changed the bottom, because there used to be a bad turn on the bottom. There's a straightaway now," Martin noted.

Hussain is facing 20 counts of manslaughter and 20 counts of criminally negligent homicide for his alleged role in causing the crash. His trial is expected to begin in January.