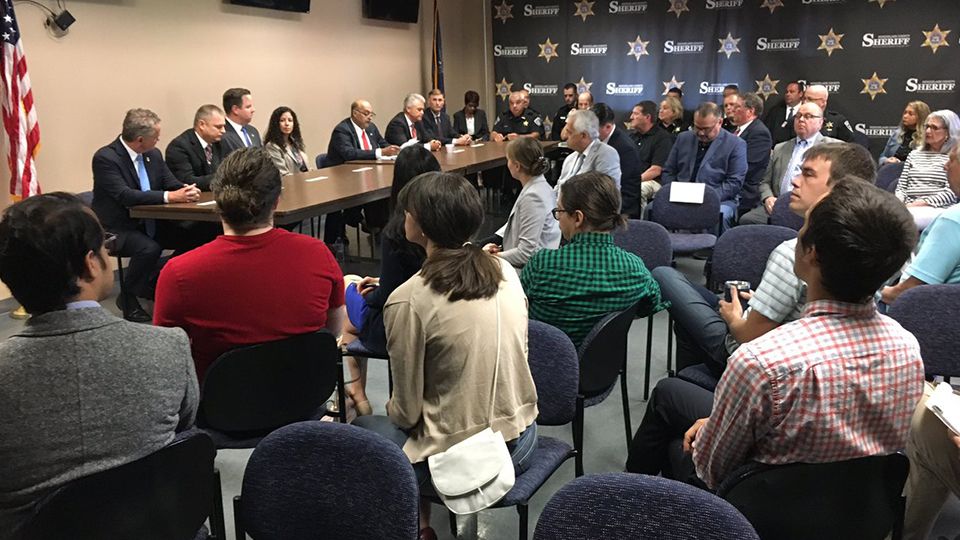 The Rensselaer County Sheriff's Office held its annual meeting with Immigrations and Customs Enforcement this morning.

Two differing viewpoints were on display inside the meeting. Rensselaer County Sheriff Patrick Russo said he has officially renewed the 287-G agreement, which means the sheriff's department will partner with ICE for at least another year. This allows two officers in the department to continue their positions as designated immigration officers.

On the other side of the argument, representatives from groups like ICE-Free Capital District say the county's partnership with ICE is "a disgustingly proud cooperation."

A very divided room this morning inside the Rensselaer County Sheriff’s Office for the annual 287 (g) Steering Committee focused on the department’s partnership with ICE. The story tonight on @SPECNewsAlbany pic.twitter.com/5QUeINRsfA

"The 287-G program is not making Rensselaer County safer," said Melanie Trimble of the New York Civil Liberties Union. "It's actually making it less safe, because fewer people are willing to cooperate with the police."

"I understand the need for due process, but if due process is they keep on coming out offending someone again or breaking our laws, then there has to be something more stringent," said Rensselaer County Legislator Michael Stammel. "This gives us an opportunity to know who these individuals are, know where they're going, where they're living, things of the nature."