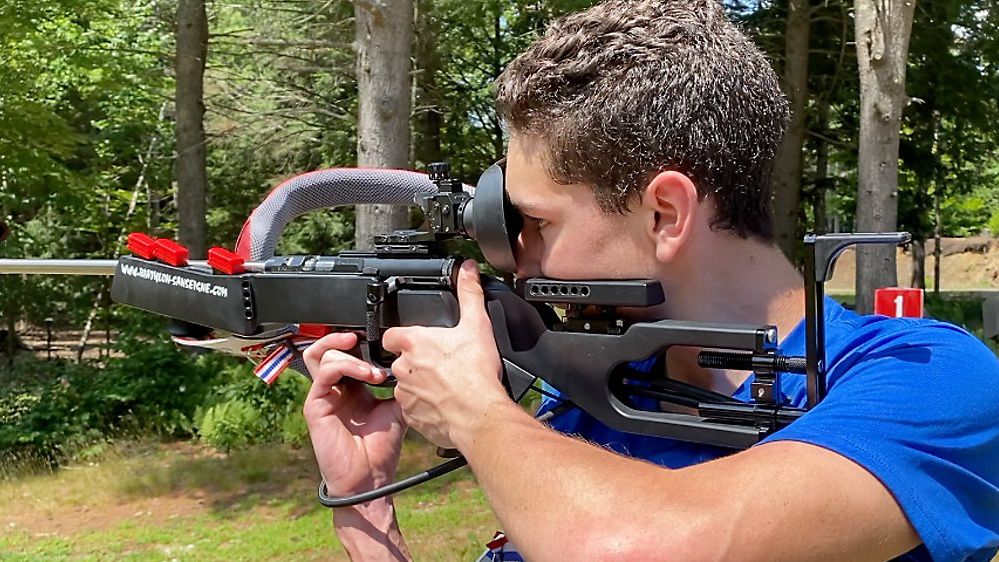 At the Saratoga Biathlon Club, amid a July heatwave, Noah Kenyon is still pushing himself and making his shots from 50 meters.

“You got to be very focused, especially with the shooting,” Noah Kenyon said. “But usually I try to not think too much.”

It’s a sport the 18-year-old from Glenville has been involved in since he was 11-years-old. Biathlon is a winter sport that combines rifle shooting and cross country skiing.

“It’s just a fun sports to do. It’s challenging,” Noah Kenyon said. “I like a good challenge.”

Even though there’s no snow on the ground, he is still spending about 20 hours a week training. Getting a little better everyday is crucial, especially with the World University Games just six months away in Lake Placid.

“We’re going to come up two and go back right one,” said Michael Kenyon, to Noah after his shooting.

Michael Kenyon is Noah’s father and one of his coaches getting him ready for the Games, which will be held in January. Right now, they’re preparing for the Youth and Junior World Championship Trials in Anchorage, Alaska in late December, which will determine who goes to Lake Placid.

For Noah Kenyon, and most biathletes, the shooting is the most challenging part, especially following the skiing.

But with every shot, skate, and run, Noah Kenyon is getting better and feeling more confident as he gets closer to an opportunity to go up against the world’s best biathletes.

"If I try and peak for the trials, I should be pretty good for the games themselves,” Noah Kenyon said.