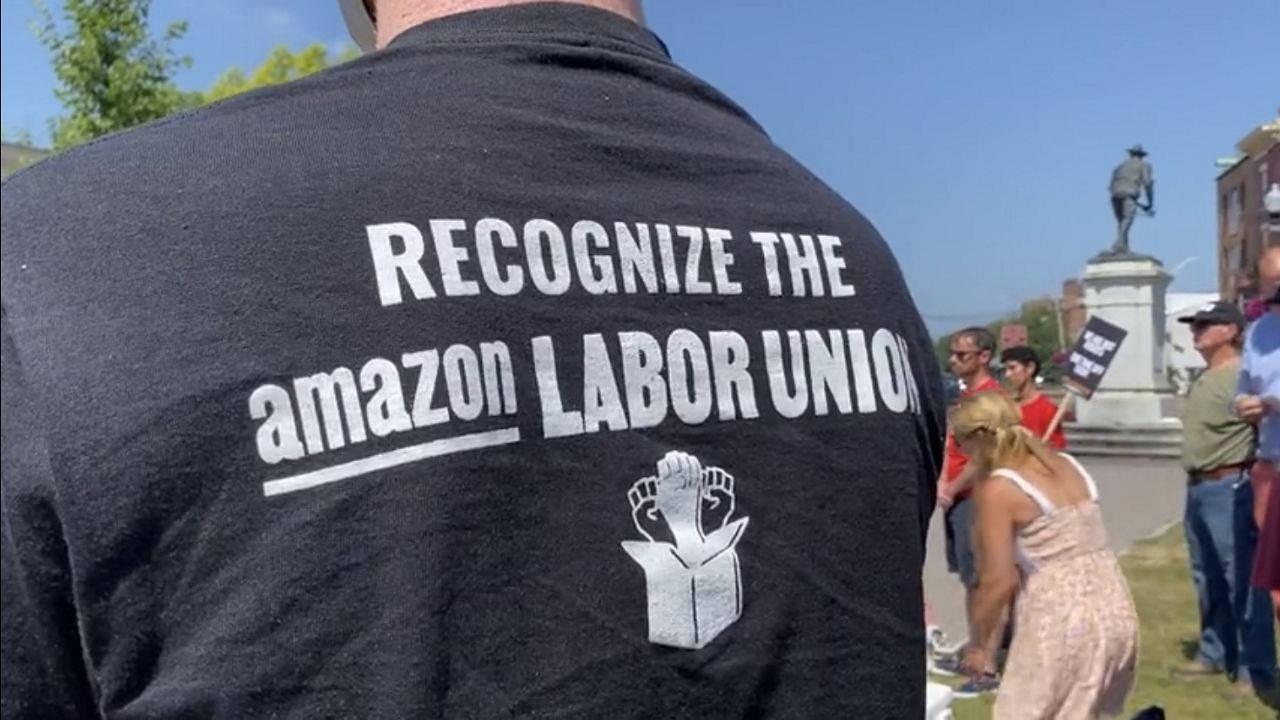 Dozens of Amazon workers and union supporters showed up Sunday to show their support for the growing union ALB1.

“It’s been incredible,” ALB1 Amazon union campaign manager Heather Goodall said. “To know on the inside what employees are going through, and see that they can’t feed their families. We joke about barely making it to work gas fumes on pay day, hoping our pay gets deposited.”

Goodall was joined by many of her fellow coworkers from the local Amazon warehouse, sharing their displeasure with work conditions.

They say this rally was their first big step in voicing those concerns.

“Today I think we dispelled some of that fear,” Goodall said. “I hope and pray that our employees see the support we have in the community and it’s incredibly overwhelming to know how supportive they are. I can’t thank everyone enough for being here.”

A group of nearly 40 have gathered at Townsend Park to protest working conditions in Amazon Warehouses. The group, ALB1, is looking to gain support in unionizing @SpecNews1Albany pic.twitter.com/uCzdR4Jb1I

Along with the local group of supporters, Chris Smalls, one of the leading faces of the national movement and president of the Amazon labor union, was also out in support.

“I’ve been seeing the same type of energy anywhere I go. Workers are now realizing the value of their worth,” Smalls said. “They realize that to have a better quality of life is to unionize.”

ALB1 joins fellow New York Amazon Labor Union in Staten Island, JFK8 and a number of others nationwide in calls for better work conditions and resources.

Smalls says with the Amazon Labor Union growing, it will apply pressure on Amazon to change many of their current policies and practices.

“Get involved, the time is now,” Smalls said. “We don’t have time to wait. Every day that goes by the powers are against us. So we have to stay militant as well on this side. And the message is just for everybody to get involved. We all got to be David versus Goliath.”

Spectrum News 1 has reached out to Amazon for comment on Sunday's rally and their unionization efforts and has yet to hear back.