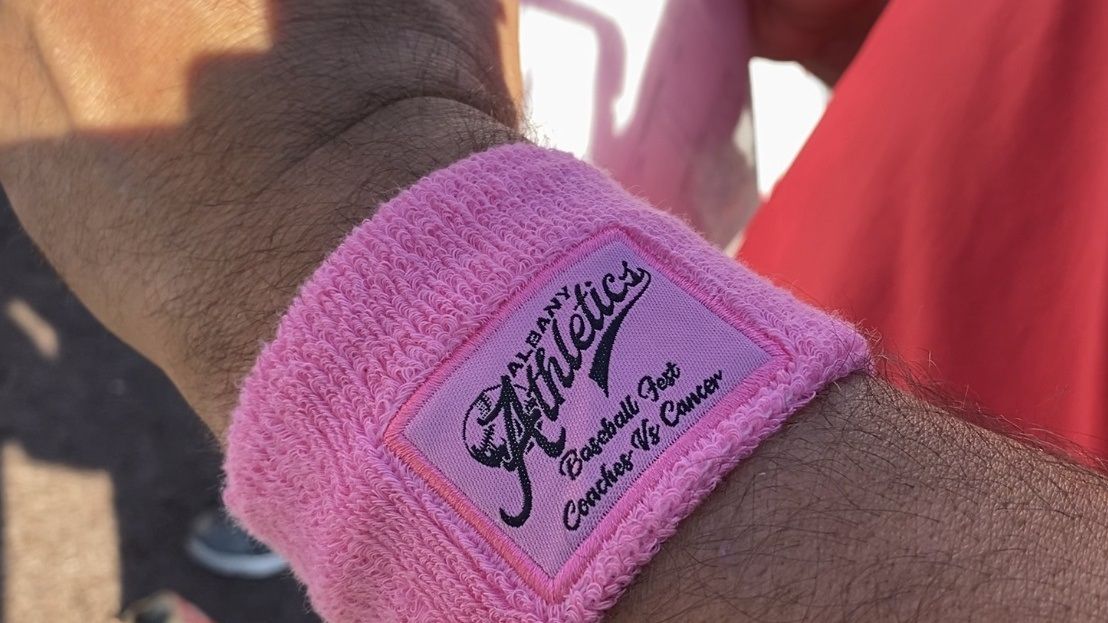 At Schenectady’s Central Park, the Albany Athletics are looking to make it four in a row.

The annual Price Chopper/Market 32 Baseball Fest championship has been claimed by Joe Altieri’s squad every year since 2018.

“We’ve been taking care of business in Twilight (League), and yeah, it’s something we look forward to,” said Nate Novak, an Albany Athletics Infielder. “A fun weekend of baseball against teams we really haven’t seen before.”

Novack has been playing in the tournament since joining the Athletics in 2016. But there’s more to it than just baseball.

“My father was actually diagnosed with cancer about three years ago and he threw out the first pitch for us,” Novak said. “And he’s been in remission, so the chemo worked and everything.”

Nine years ago, the event partnered with the American Cancer Society and turned it into an official Coaches vs Cancer benefit.

“It’s definitely good to get as much awareness as you can,” Novak said. “It’s something that hopefully, eventually, we can beat.”

Players and coaches rock pink to raise awareness while also collecting proceeds. Six teams are participating in the tournament this year, including the Whitesboro Pilots.

“We got a nice group of guys. They love playing baseball, and they love the comradery of playing with each other,” said Steve Szatko, Whitesboro Pilots manger.

“So that’s what I hope to take away, just a positive experience so we come back again next year,” he said.

Each team plays three round robin games. The top four teams move on to the semifinals on Sunday morning. The championship will follow that afternoon.

“They know it’s more than just baseball here, and there’s a cause behind it. And I think that’s important for everyone,” Altieri said.