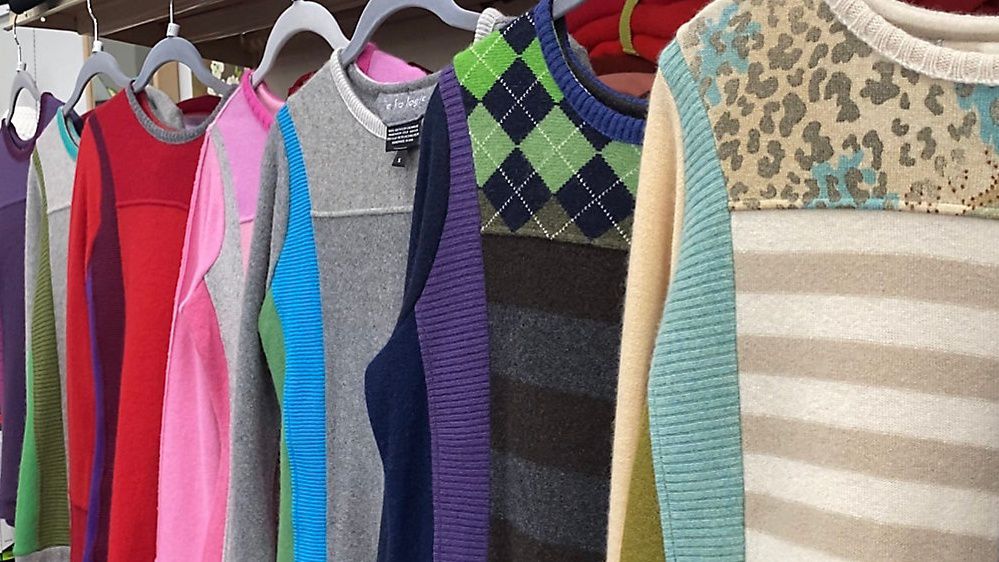 Fast fashion increases in popularity for cheap wears, but comes with unexpected costs

On average, Americans throw away 81 pounds of clothing each year. That’s according to SMART, or the Secondary Materials and Recycled Textiles Association. They also say that 95% of the textiles we wear can be recycled, but right now only 15% gets donated or recycled and the rest heads to a landfill.

If you’re on TikTok or Instagram – you may have heard some content creator’s warnings about ‘fast fashion.’ That’s when trendy – but typically poorly made clothing – is rapidly produced in enormous volumes. It’s brought to retailers while demand for the trend is at its highest and sold for very cheap. Since trends move quickly, fast fashion is a leading contributor to clothing waste, and many other problems too.

A New York-based clothing designer, Kathleen Tesnakis, has made it her mission to change the world with sustainable fashion.

In 1996, working as a textile designer, Kathleen found her passion in a pile of old wool sweaters. Her clothing brand and design studio "Ekologic" was born out of the desire to prove recycled garments could be more beautiful in their second life, and spur change.

Ekologic’s process doesn’t require the use of any dyes or chemicals either – something that can’t be said for the textile industry at large.

According to ‪CDP.net‬ – a non-profit that provides a platform for companies to disclose and manage their environmental impact – the apparel and textile sector greatly contributes to excessive consumption and pollution of water across the globe. That’s particularly an issue in third world countries.

According to the organization ‘Good Clothes, Fair Pay’ – the fast fashion industry exploits workers by paying low wages. Information on FashionRevolution.org shows that in places like India — where a large portion of fast fashion is produced and garment workers are primarily women — they’re subjected to poor working conditions too.

“Slow fashion is fashion that is transparent, meaning you can know who makes it, know how it’s being made, what the materials are… These garments are meant to last longer,” said Tesnakis.

Tesnakis knows that it can be hard to shift to a reuse/recycle mindset when it comes to clothing but taking small actions can really pay off.

“A lot of this is re-learning behaviors. It doesn’t have to be wrought with anxiety. It can be fun, and empowering,” said Tesnakis.

And Tesnakis will be the first to tell you – Ekologic’s clothing is not inexpensive – but she says it’ll last ten to 20 years, it’s one of a kind, and supports the local economy. She adds there are levels to sustainable fashion. You can still go to TJ Maxx, Target, or Walmart – but you should look at the clothing tags to see if it’s ‘Better Cotton’ or ‘Oeko Tex’ which certifies the products are free of harmful chemicals.