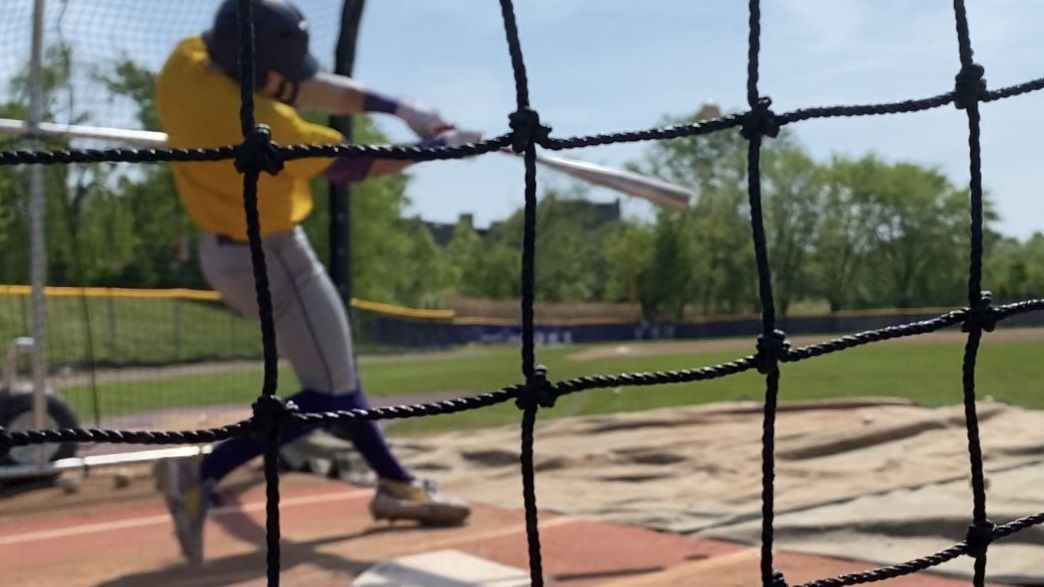 When the University at Albany’s Brad Malm steps up to the plate, expectations are always high. But the fifth-year shortstop wouldn’t want it any other way.

“I definitely expect the most out of myself,” said Malm, who currently has 15 home runs on the season. “I mean, I put in the work. I know I can do anything.”

From the field to the weight room, he’s done everything he’s supposed to do to put himself in the best position to succeed. That has led to him to being the Great Danes and America East leader in home runs this year.

“All the work and preparation I put in in the beginning of the season, that got me ready, and I feel like I never stop beating on the field,” Malm said.

In addition, the slugger from Long Island also tops the team and conference in runs and slugging percentage. As the season winds down, there are several school career records Malm is closing in on, which includes most doubles and home runs.

“He has really seen the fruits of his labor, especially with his record setting performance,” said head coach Jon Mueller.

He said not only is Malm great at the plate, but also calls him one of the premier shortstops in the nation.

Mueller considers him a professional prospect, and hopes he gets an opportunity to play at the next level.

“It comes from inside,” Mueller said. “It comes from self-motivation, and that’s really spilled over to some of our young guys. That has really had a really positive effect on them.”

Malm believes he can fulfill that dream as well, playing professionally. But for now, he’s just looking forward to spending time with his teammates and winning ball games for UAlbany.

“It means a lot,” Malm said. “Still putting in the work every day, and we just want to compete.”

The Great Danes wrap up the regular season against UMass Lowell this weekend, and are contending for the last spot in the America East Conference tournament.