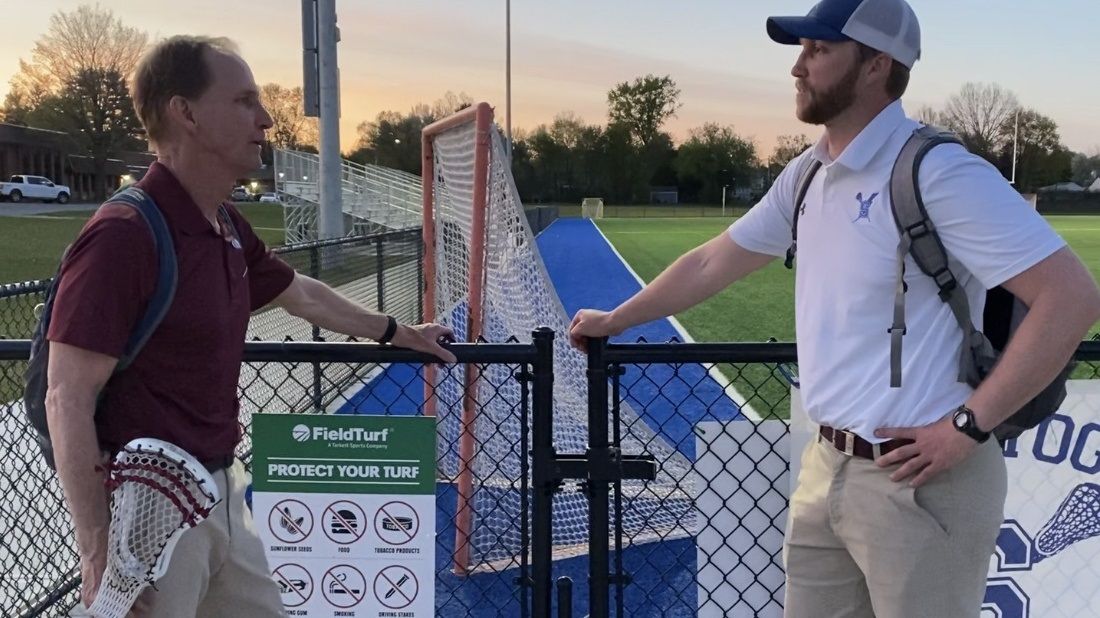 With just three games remaining in the regular season and a big match 24 hours away, Ian Schwan had his Saratoga Springs Blue Streaks locked in.

“Work off ball to pick away or pick for,” said Ian Schwan, giving his players instructions during a drill. “Create some space, protect the ball. Here we go.”

Just about a few miles down Route 50, their opponent awaited: Burnt Hills-Ballston Lake.

“Get those touches. Eyes up, see the ball,” Tom Schwan told his players during practice.

This is a game that Tom Schwan knew was coming, but not one he looked forward to. It had nothing to do with lacrosse or the matchup. He just doesn’t like going up against his former assistant coach and son.

“It’s such a cool opportunity,” Ian Schwan said. “I’m coaching against my dad. One of my highlights for five years was standing on the sideline with him and Jason LaPietro every chance I could for lacrosse games.”

It’s the second time the two would face off. Dad got the better of son in last year’s game, which was Ian Schwan’s first season at the helm at Saratoga.

Spartans drew first blood, however, the Blue Streaks battled back to tie it at one after one quarter.

Burnt Hills got rolling in the second to grab the 5-3 advantage heading to halftime. The Schwans made sure their teams stayed focus in the tight game.

“Make sure we capitalize when we have the ball, understood?” Ian Schwan told his players.

Despite a gutsy effort, Saratoga came up short 9-5. The Spartans remained unbeaten, and Tom Schwan moved to 2-0 over Ian Schwan.

“Maybe in a few days, I’ll be really proud of all going through it, but tonight, I was hoping to just get one on him,” said Ian Schwan.

But this is where the father and son rivalry ends. After 13 seasons at Burnt Hills, Tom Schwan will retire after this year.

However, he doesn’t plan to stay away from lacrosse. He’ll likely be a volunteer assistant coach, helping out Ian at Saratoga. The father and son will soon be back on the same team.

“I’m quite proud of what he’s doing, and how they’re getting going here,” said Tom Schwan. “But I’m glad that’s going to be the last time.”