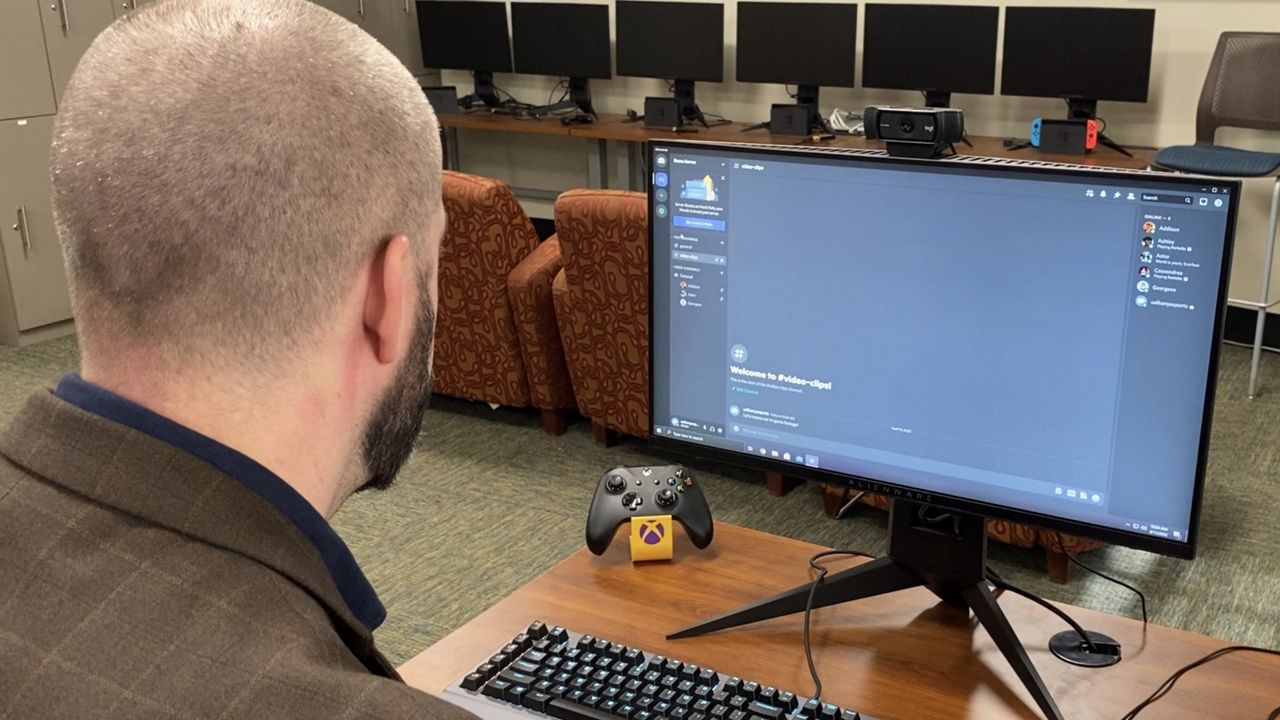 Tips to keeping your child safe on Discord

Online safety and protecting children on the internet are ongoing and evolving conversations. While most parents are familiar with apps like Facebook, Instagram and TikTok — a newer communication platform you might not know about is growing in popularity, and can pose significant risks to children if they’re not supervised. The platform is called Discord.

“Discord is a communications platform, where you can connect with other people,” said UAlbany eSports head coach and program director Michael Leczinsky.

The University at Albany eSports team — coached by Michael Leczinsky — has 800 video game matches a year, and competing students use Discord for all of them. Created in 2015, the platform has grown to more than 150 million active monthly users on four billion servers.

So what exactly can you do with Discord? The company describes it as a voice, video and text communication service that allows people to talk with their friends and communities. Think of a program that combines the chat features of Microsoft Teams or Slack with the video and voice communication of Skype or Zoom, and you can stream live — all for free.

“It started with the gaming community,” Leczinsky said. “If you’re in a game – let’s say your friend is across the country or on the other side of the world – You would use Discord to set up a server. And that server would allow you to communicate with only a select number of people.”

What Leczinsky described is a private server, but there are public servers on Discord too — organized by topic-based channels.

“For example, the game Fortnite has a server, with 800,000 members,” Leczinsky said. “So public servers are sort of like public message boards.”

Discord was born out of the need for video game players to solve two problems: how to talk to one another in real-time, and how to organize people to get the most out of their online gaming experience.

Discord bills itself as a place for people to share interests with no algorithm deciding what they should see. For better or worse, conversations and content are driven by the users. But even with millions of users on the platform steering the conversation, there are still community guidelines that Discord asks people to abide by. Those guidelines are meant to protect users from hateful conduct, threats or harassment.

Dr. Benjamin Yankson, an assistant professor at UAlbany’s College of Emergency Preparedness, Homeland Security, and Cybersecurity, says there are a number of dangers a pseudo-anonymous chat room site like Discord poses to children. Those include cyber bullying, sexting, being exposed to mature content, predatory sexual behavior and solicitation, and even identity theft — by way of someone convincing your child to tell them sensitive information.

What can you do to protect your child from harm? Yankson says there are a number of safety features you can enable in Discord’s account settings. Discord will allow you to block specific content, block direct messages, and restrict the type of friends you can accept on your account.

To take it a step further, Yankson says you should take time to educate yourself on the functions of the platform. You can also make your child part of the safety discussion, giving them rationale as to why it’s important to safeguard themselves and information on the internet, and to not engage with strangers in inappropriate conversations. Finally — Yankson says to try to be involved in your child’s use of Discord — and monitor the conversations they’re having on the platform.