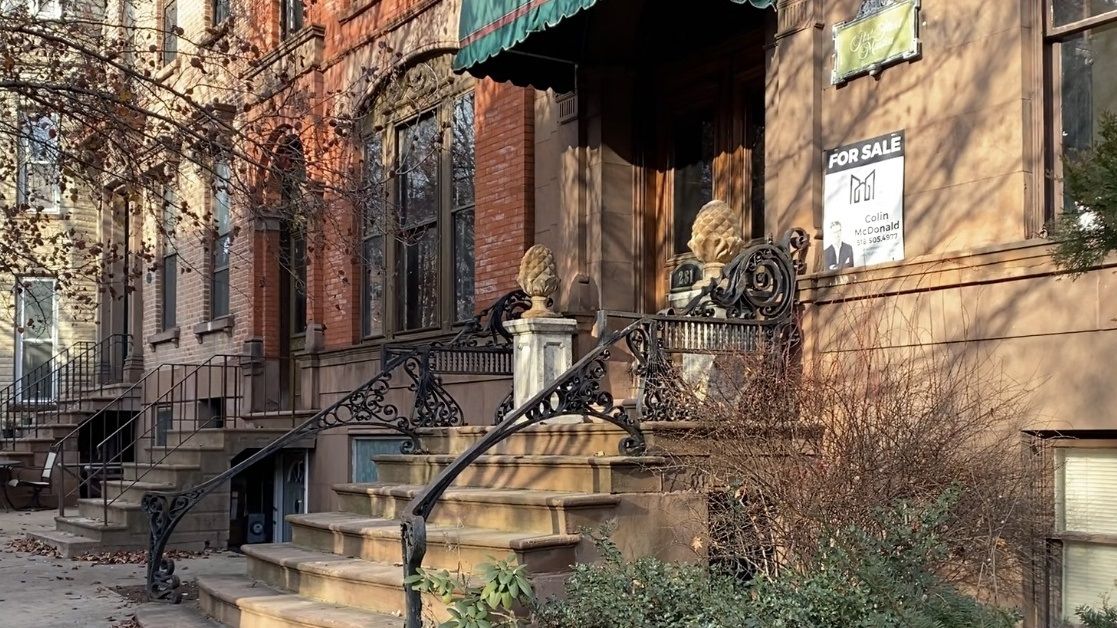 With plates full of food before them, Crystal Galvan and her children were making sure they would not walk away from the table hungry. It’s one of the many things they’re thankful for this holiday season.

“She wanted to dip that sauce so bad,” said Galvan, as her daughter nibbled at fried chicken.

Another thing for which they’re grateful: stable housing.

For two years, Galvan and the children were homeless and living in hotels and shelters. She said in 2017, they were evicted from their apartment because the landlord wasn’t making essential repairs, so she refused to pay rent.

That was life for Galvan, and she’s worried many others will be in the same situation in the coming weeks.

It's advocating for Senate and Assembly bills to get out of committee and on to the floors for votes. The law aims to cap yearly rent hikes and give tenants a right to renew their lease. Evictions would only happen under certain conditions.

“It’s going to protect people,” Radliff said. “You can get services to prove you were affected by the pandemic for your back rent. You will not be evicted.”

But the legislation will likely face opposition.

Some landlords have said the legislation would make it more difficult to evict bad tenants. They also believe Good Cause would lead to unintended consequences.

“I think there’s going to be many tenants who are not going to be accepted for apartments because of things that, perhaps, they would have been in the past,” said Terrance Wansley, communications coordinator for the Capital District Association of Rental Property Owners, who owns several apartments in the Capital Region.

Wansley says tenants have no accountability under Good Cause. Because of that, he believes the rejection rate of applications will go up due to the screening process becoming a lot more strict.

“You can’t do that. You can’t take any chances. Therefore, it makes it a corporate entity,” Wansley said.

Ultimately, it’s the tenants and small landlords paying the price, according to Wansley.

But despite the obstacles, Galvan is motivated to try and help others avoid the circumstances she endured.