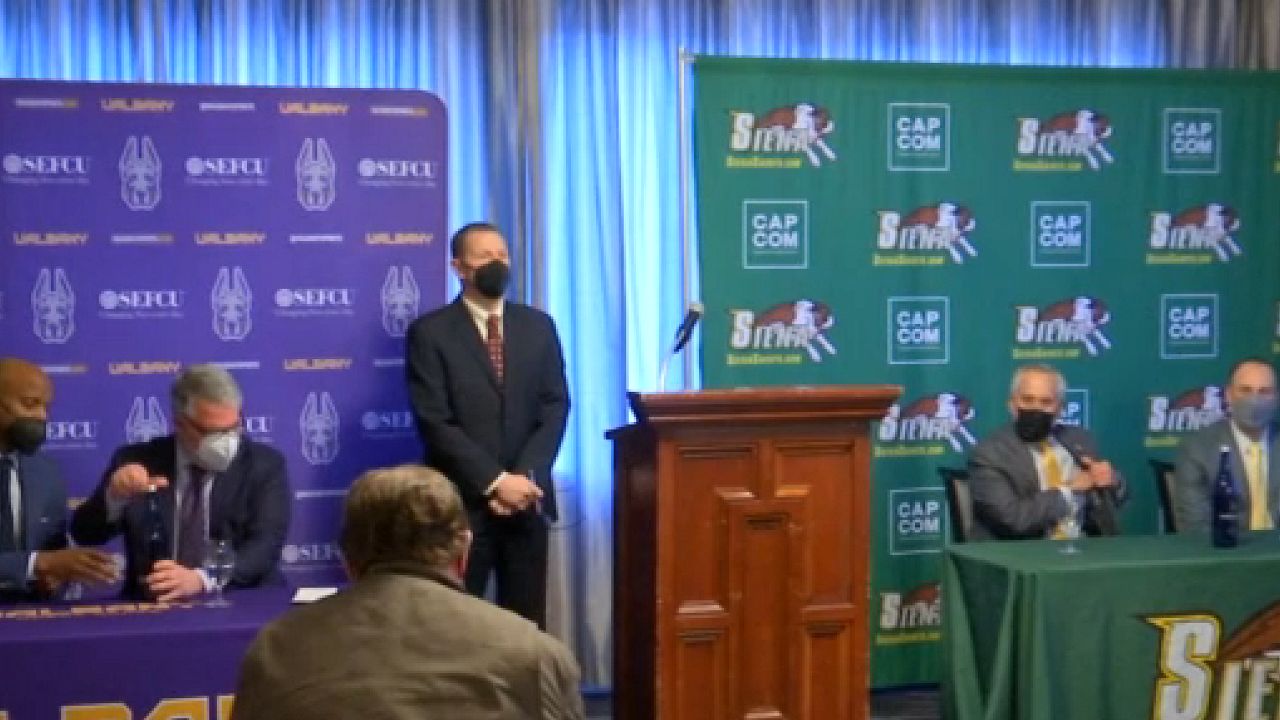 Siena College and the University at Albany announced Tuesday they will pick up their men's basketball rivalry starting later this year.

"We're excited to bring back the Albany Cup," Siena College Vice President and Director of Athletics John D'Argenio said on Tuesday. "Capital Region fans have shown a great affinity for this game, and we're thrilled to renew the series. The Albany Cup is an opportunity to showcase that college basketball is widely embraced in the Capital Region."

“We are very excited to welcome back the Albany Cup rivalry,” University at Albany Director of Athletics Mark Benson said in a joint statement. “This is a premiere sporting event in Upstate New York, and I know basketball fans throughout the Capital Region share our enthusiasm for its return. I’d like to thank Siena, John D’Argenio, Carmen Maciariello and Dwayne Killings for their shared commitment in renewing our rivalry.”

It's a thrilling development for Capital Region basketball fans, but the rivalry will also benefit others in the community.

Maciariello says he hopes the game can be used to raise awareness and funds for certain causes.

Overall, Siena and UAlbany have played each other 54 times with Siena holding a slight 30-24 advantage in the series.

Out of the 54 times, 17 were played at the Division I level, where Siena also holds a slight 10-7 advantage.

Of the 17 games played at the Division I level, 11 have been decided by single digits and three have gone into overtime.