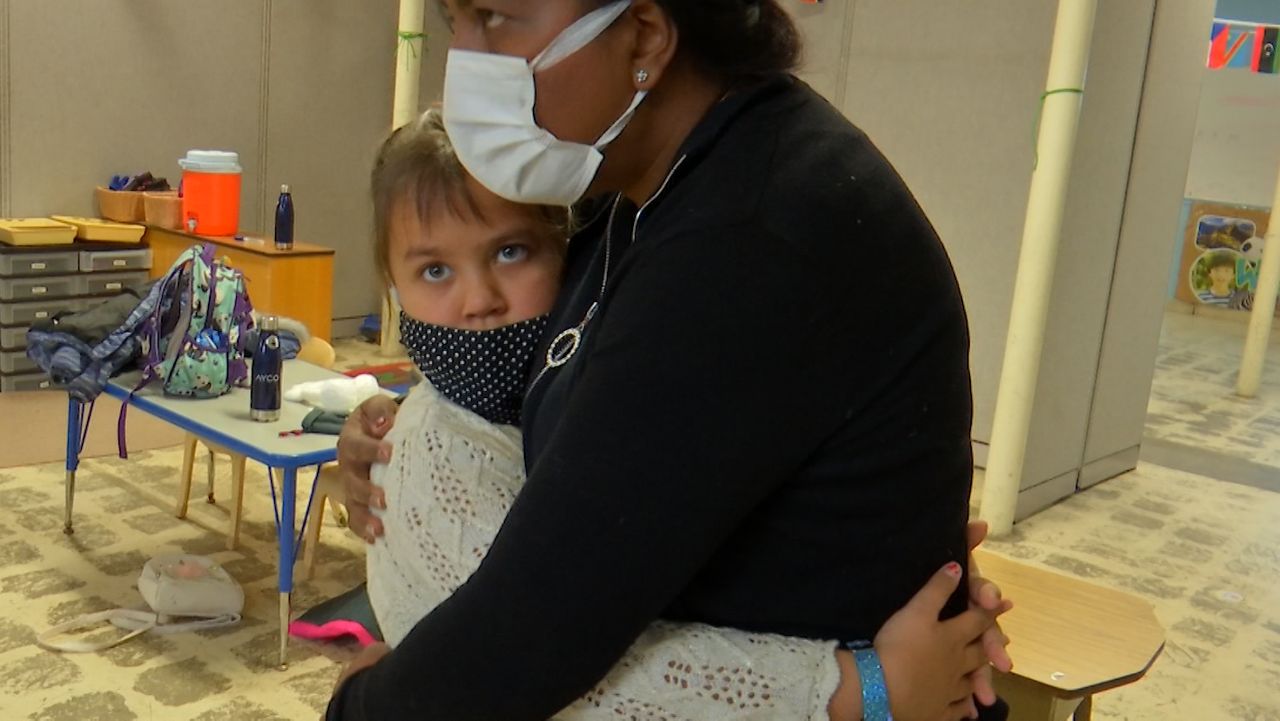 For Dreamers, Biden's Immigration Plan is a Light at the End of a Long Journey

President Joe Biden’s sweeping immigration plan aims to create a path to citizenship for many who want to become Americans, and to determine the root causes of migration from certain areas.

The proposed changes are much needed, according to immigration attorneys and those who’ve made the journey to citizenship.

"All people came here, generations came here with nothing, or with little," said Rafit Filkins. "And they came with dreams, and I think I was one of those dreamers."


The 20-hour journey was her first flight ever, her first time away from her family. She came with just a few things, $45 to her name, and a dream.

When she got off the plane, she scanned the arrivals area for cousins that she hadn’t seen in nearly 20 years. She’d written down their phone number, but ...

"Here I come with no phone, the papers that I have, like my passport and stuff," Filkins said.

When she didn’t see her cousins, she decided to sit and wait. She didn’t know anyone else and barely spoke English.

"A taxi driver comes to me and he says, ‘Are you looking for someone?’" Filkins said. When Filkins told him she was and didn’t have a phone, the driver let her borrow his. She reached one cousin, who relayed to the other cousins that Filkins had arrived. With no other way to reach her, the cousins called the taxi driver’s phone.

"And [the taxi driver] came back to me! He was like an angel to me," Filkins said. "I’m like, ‘Wow.’ And I think that was my first impression about America — that people are ... that people help each other."

Since then, her journey to American citizenship has involved helping a lot of other people. She came here on an H-1B visa to work at RISSE — the Refugee and Immigrant Support Services of Emmaus. Filkins learned English, and after growing up in a multi-generational home in Pakistan, she got an apartment on her own for the first time.

After three years, she was granted a green card. She met an American man and fell in love. They got married and soon had a daughter. Not long after Alyssa was born, Filkins was eligible to take her citizenship exam.

"Right away, when it was time, I applied. I was ready for the test. I applied and I got my citizenship. It was a big day for us," Filkins said.

While her journey to become a citizen was straightforward, Filkins says no matter what the circumstances, leaving behind everything you know isn’t easy, and can be even trickier for those escaping humanitarian crises, like a natural disaster, religious or political persecution, or even war.

"There are so many things — mentally, physically, financially, emotionally — and I think it’s hard for someone who has not gone through such times," Filkins said. "When it comes to refugees, I cannot even imagine, because their needs are huge — way bigger."

The Biden administration’s proposal, Filkins says, is a step in the right direction, to serve all of those who want to come here.

"Everybody comes with a story and they all have dreams, like we all have. And they’re ready to work to make their dreams come true," Filkins said. "I think that is something that is going to make America stronger. They don’t just want to be here, they want their kids to have a brighter future. Just like everyone does."

But Biden's plan may face some hurdles.

"It’s all so exciting for all of these people to have some sort of light at the end of the tunnel," said Michael Freestone, an immigration attorney at Tully Rinckey, LLC.

The total number of people already in the U.S. who fall under those requirements is about 11 million. It’s an undertaking more than three times as many immigrants who were granted citizenship under the Reagan administration’s amnesty program.

Freestone says the process may not only take time, but also may cost those who want to become citizens more money.

"They already passed certain limited fee increases, but in order to process this kind of stuff, I think we’re going to see substantial — not as substantial as the increases proposed by the Trump administration last year — but definitely increases," Freestone said.

Freestone says right now, the cost for an adult to apply for a green card, citizenship, along with gaining medical clearance, passport photos, and an attorney is thousands of dollars. He says the USCIS fees may go up, but for some, it’s worth every penny.

"People across the border are desperate, and desperate people will put themselves at risk. It’s not an easy task," Freestone said. "I have clients who’ve swam across the Rio Grande, who’ve been taken in by coyotes to get across — paid — being bribed, and being put into forced work scenarios. It’s a horrendous situation."

Freestone says part of the Biden administration’s proposal is to use technology to help enforce border control and better keep track of people coming here. While he thinks bringing border enforcement into the 21st century is a good idea, he says it might be tricky for people who are trying to immigrate.

"I just find it hard to believe necessarily, that people crossing the border are going to be up-to-date on their immigration case on their iPhone. You know, access to the internet is not guaranteed, so I think it’s something they’re going to be working through," Freestone said.

But that won’t be the only challenge. Biden’s proposal includes adding several new refugee processing centers across the country, re-unifying families who were separated at the border over the last four years, changing how those applying for status are counted, and finding out the causes of why people are migrating from Central America.

Freestone says seeing how the Biden administration handles legal challenges of border crossings, or the overstaying of visas, will also be interesting, since the handling of those issues by the Obama administration was widely criticized.

"Often, there’s an underlying, really, deeply traumatic experience behind why they’re crossing the border, why they’re endangering themselves. But how do you fit that into a legal context," Freestone said.

Another notable piece of the proposal is the Biden administration wants to remove the word “alien” from all contexts related to immigration. Freestone says this is an important distinction. But for Filkins, it’s something she says is deeply meaningful for people immigrating to America.

"Alien is somebody that's an outsider — outsider — not part of us," Filkins said. "They’re being in that situation in their country, and they’re trying to make this move to come to this place, which we call a 'land of dreams and opportunities.' And here, if we call them different, you’re not ‘from us’ ... it doesn't help at all. At the end of the day, we’re all human beings."

Biden's plan already hit a snag this week, when a Texas judge struck down the administration's deportation freeze. The president also said he is open to breaking the bill into multiple pieces to get parts of the legislation passed more quickly.

You can read the full text of the Biden administration proposal here.

@POTUS’ sweeping immigration proposal is making waves. Rafit Filkins, Executive Director at RISSE, who immigrated to the U.S. in 2009, says parts of the proposal would make it much easier for people trying to come to America for the American dream. pic.twitter.com/QwFWxoTYeT