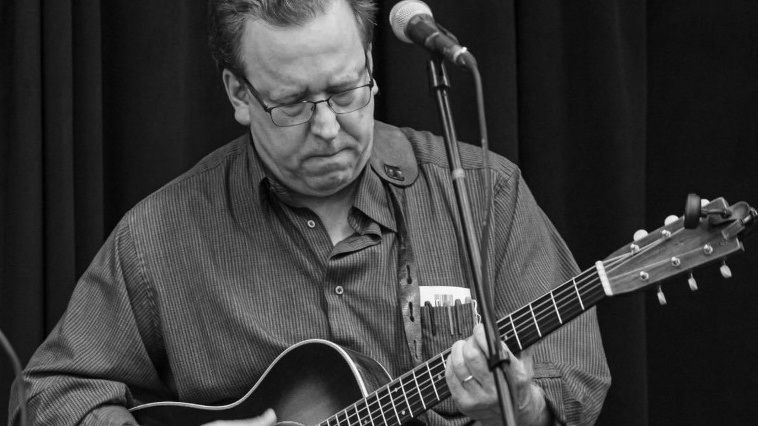 Ask anyone in the Saratoga Springs music scene, and they’ll tell you - Matthew McCabe was a fixture.

“The kindest, most gentle, soft spoken beacon of light that I think I’ve ever met," said fellow musician and friend Rick Bolton. "It’s a rarity, and when you happen upon them, it’s a blessing.”

McCabe passed away at the age of 63 on Tuesday after a bout with COVID-19.

McCabe was a father and a talented musician, performing often at Caffé Lena and the Olde Bryan Inn. He was a former city finance commissioner, and the owner of Saratoga Guitar.

“He wasn’t there to aggrandize himself or make a profit, he was there to give what he had to give,” said Sarah Craig, executive director of Caffé Lena.

McCabe first opened up shop on Caroline Street in June of 1994. It quickly became the unofficial town hall for local musicians, and McCabe, their go-to-guy.

“So I went over to talk to him about buying some instruments that we could have on hand to give to kids who couldn’t afford to buy them," Craig said. "Matt just threw open the door to the storeroom of instruments. He said, 'Go through this, anything you want, we’ll make it available to any child, for free.'”

Craig says that was the thing about McCabe – anyone who walked into his shop was going to get a helping hand.

“His shop was a means of supporting his family and making a living, but it was just as much a public service,” said Craig.

Rick Bolton, a longtime friend of McCabe’s, performed alongside him hundreds of times.

“He had two to three true loves. One was his three sons. Another was, of course, music. He just loved to play and perform, he loved to spread his joyful noise. Another thing he really loved was the City of Saratoga.”

McCabe’s love of Saratoga was reflected in his generosity. If your guitar strings broke before a performance, he had you covered. If you needed to borrow a guitar for a gig, you knew where to go. And he was instrumental in creating the long-running Capital Region Guitar show.

“I can’t imagine Saratoga with Saratoga Guitar, and I can’t imagine Saratoga Guitar without Matt McCabe," Craig said. "This is going to leave a tremendous hole in the community, but as we have seen over and over and over again in our lives, people are resilient, communities are resilient. He has left behind a wonderful example that we all want to emulate, and the hole will fill in a different way.”

In partnership with local musicians, Caffé Lena is planning a virtual memorial and musical tribute in McCabe’s honor for February 20.