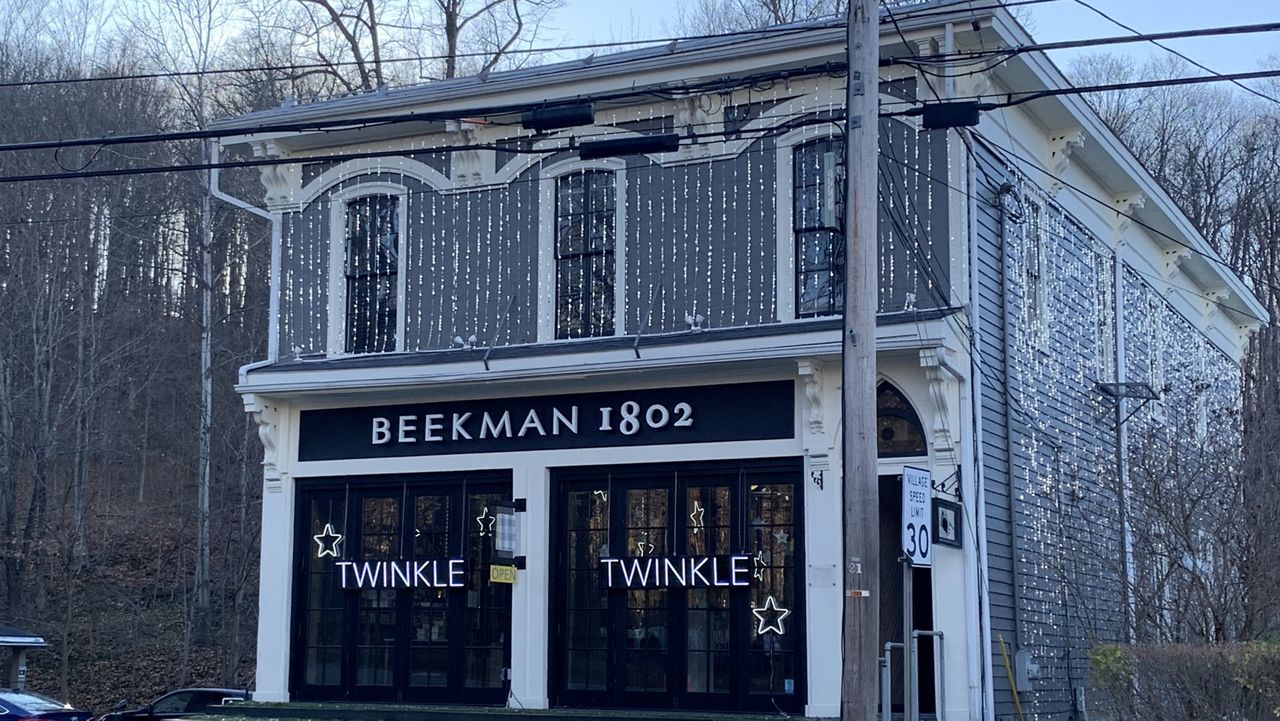 The show “Schitt's Creek” has brought in a new crowd of fans in 2020, and with it fans of “Rose Apothecary,” the mercantile shop two of the characters in the show open.

"There are so many similarities between Schitt's Creek and Sharon Springs," said Josh Kilmer-Purcell, co-founder of Beekman 1802. "We've got a crazy fun mayor; we've got a gay couple who runs a gift shop in town; we've got a guy who looks exactly like Eugene Levy that runs a cafe!​"

And Kilmer-Purcell and Dr. Brent Ridge, the founders of Beekman 1802, might remind you a bit of characters David Rose and Patrick Brewer, who open Rose Apothecary.

"Their own mercantile, working with local artisans, working with goat farmers to make cheese, or people to make body milk," Ridge said. "We're like, 'Wait, that's our story!' "

So last year, the pair reached out to “Schitt's Creek” about a collaboration, and in January, launched a limited-edition product collection at Beekman 1802, transforming the store into a Rose Apothecary pop-up. You might say it was a hit.

"It brought tens of thousands of people to town from all around the country," Kilmer-Purcell said.

The estimated population of Sharon Springs is a little more than 520 people.

Then the pandemic hit. With everyone at home looking for a laugh, “Schitt's Creek” became the number one watched show on Netflix nearly overnight, then swept the Emmys in September. With the success of last year's pop-up, the Beekman boys are bringing back a new Rose Apothecary product collaboration just in time for the holidays.

@Beekman1802Boys aren’t bringing THAT pop-up back, but they have SERIOUSLY decked the place out with a Twinkle Twinkle theme for the holidays... there are 20,000 mirror garland strands on their store thanks to The Christmas Guys. pic.twitter.com/phQs9bsAZT

"Schitt's Creek is just this phenomenon, so that's why we're bringing it back," Kilmer-Purcell said.

"We actually have a waiting list of over 30,000 people waiting for the gift box," Ridge said. "They haven't even seen the gift box yet!"

The box is available for online ordering, but you jump to the front of the line if you head to the store in Sharon Springs.

While it isn't Rose Apothecary-themed this year, the Beekman boys partnered with The Christmas Guys to transform the mercantile. This year's theme: Twinkle, twinkle.

"One twinkle wasn't enough because it's just been such a bad year," Ridge said. "We even covered the outside of the store with 20,000 mirrors so when you come down the street you just see the entire outside of the building twinkling."

The inside of the store reflects it too, with themed products and gift sets, including a limited collaboration with Corning Glass, which made special pieces for Beekman 1802 to sell this season. ​

But if you're, "Trying very hard not to connect with people right now," a la David Rose, you can schedule a free Zoom personal shopping consultation with anyone in the company to check off the Moira, Johnny, Alexis, or David on your lists.

"You get somebody to help you pick that perfect gift for everybody on your list, but you also have that safety of shopping from home," Kilmer-Purcell said.

But they are expecting a lot of foot traffic. The Beekman boys say they love partnering with other local businesses and in year when a pandemic has made things especially challenging, they're hoping visitors to the shop will also visit their neighbors.

"Even though 2020 has been a terrible year for most people -- these small villages in Upstate New York are always having tough times," Ridge said. "And we just love to see when people come into our little village and people support all the local businesses. That's why we do this."

The Twinkle, Twinkle pop-up is already in action and the store is open seven days a week, from 10 a.m. to 6 p.m. at 187 Main St. in Sharon Springs.