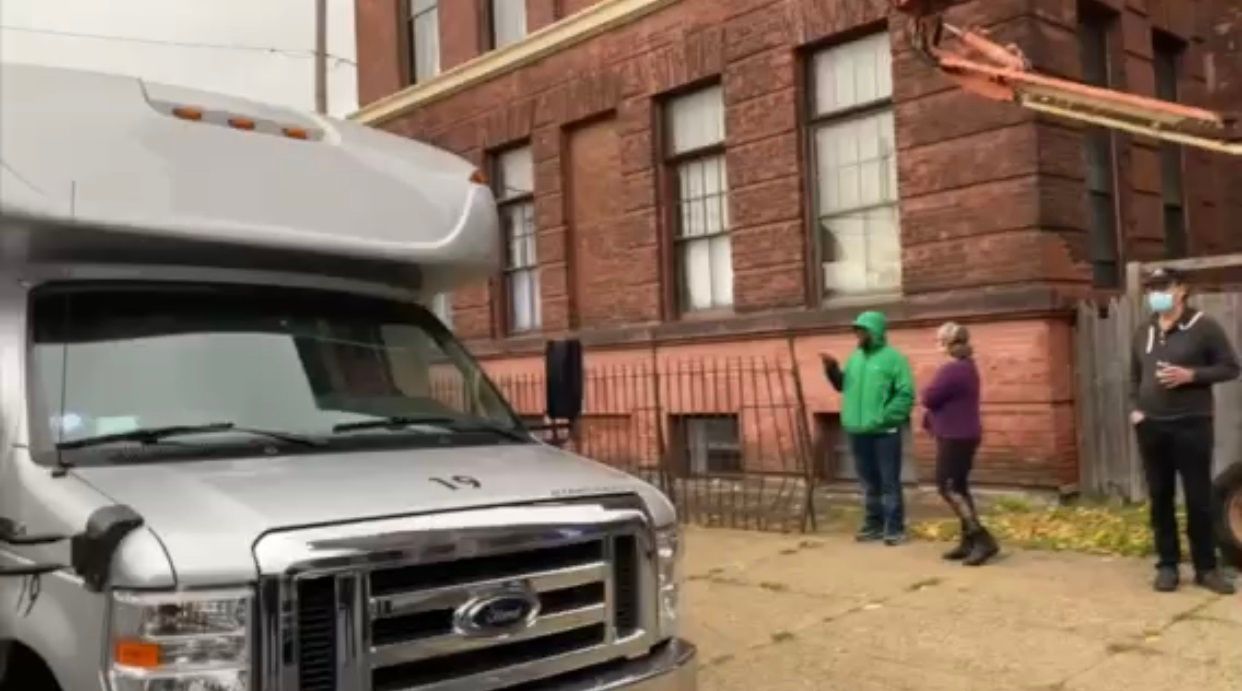 The way Reverend Charles Barber reaches his congregation looks a little different these days due to COVID-19, but nonetheless his message gets through.

“We have our Zoom set up to bring people Sunday’s message,” said Rev. Barber.

It’s that same effort he’s using to get his church members to the polls this week for in-person early voting.

“No one should feel their vote does not count,” said Rev. Barber.

The United Ordained Church on 3rd Avenue is echoing that same effort.

“We wanted to be a blessing to the underprivileged individuals who had not transportation to go vote” said pastor Charles Burkes.

Deacon Jerry Ford is one of the organizers behind Troy’s ‘Souls to the Polls’ initiative. He is helping faith leaders pull together to provide transportation to and from one of three early voting sites in Rensselaer County.

“The polls that they designated are not accessible to everyone, so with us providing transportation it really levels the playing field,” said Deacon Ford.

They’ve made three different routes available to anyone throughout the city who needs a lift. Their specially chartered buses will pick people up every 20 to 30 minutes and only carry up to 12 people at a time, to adhere to social distancing standards.

Today I visited 2 of 3 Rensselaer County #earlyvoting sites and learned if you live near downtown #Troy NY getting to them without a car would be very difficult. Faith based leaders in the area are trying to help. Full story tonight @SPECNewsAlbany pic.twitter.com/txtrt1NdHd

“If anybody is paying attention to what is happening nationally, people are coming out in record numbers so it’s important that we get as many people to the polls as we can, especially our elderly,” said Deacon Ford.

The nearest early polling site to Downtown Troy is on 255 Spring Avenue which would take more than 20 minutes to get to by public transportation or an hour of walking.

“That becomes discouraging and to me, that’s a form of voter suppression,” said Deacon Ford.

They’re just hoping no soul gets left behind during early voting week.

“Because every vote matters. If you want to speak loud, we need to speak with our votes,” said Rev. Barber.

For more on ‘Souls to the Polls’ shuttle locations and route times, visit the organization’s Facebook page or their Instagram @TeamHero101.