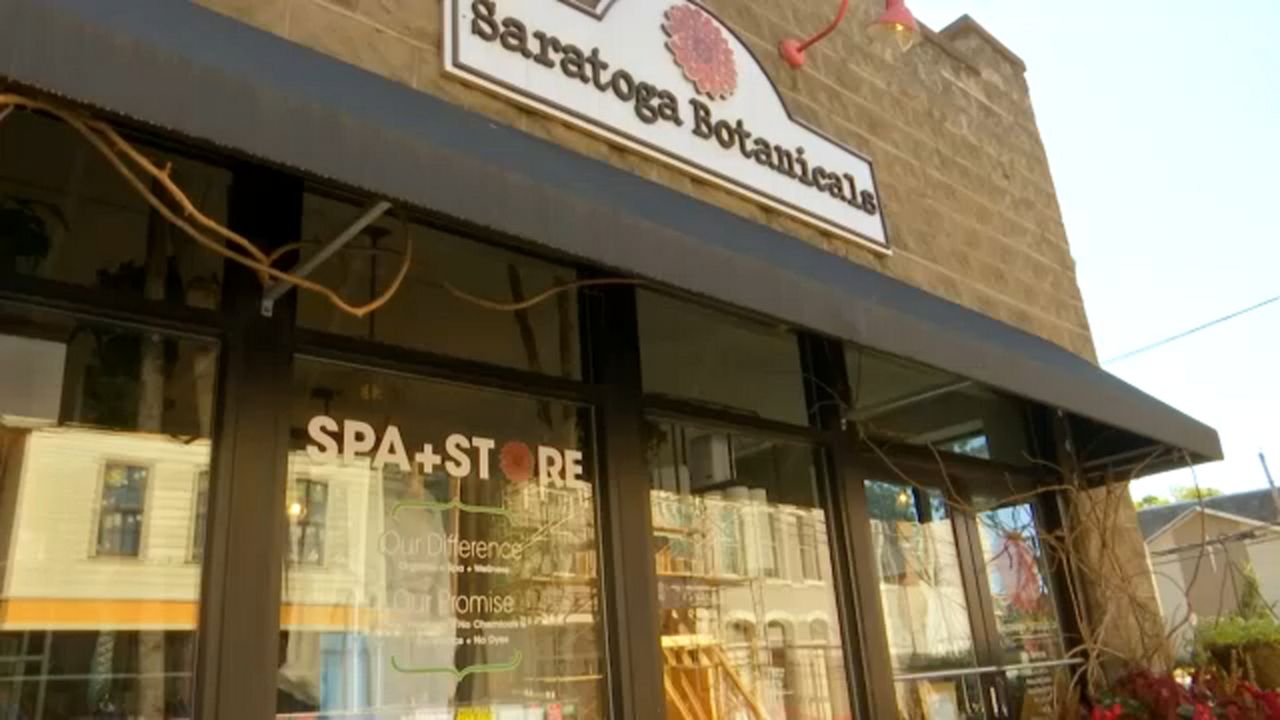 Thousands of businesses have been impacted by coronavirus and one of the hardest hit are salons and spas. For several months, spas across New York couldn't perform services they normally do.

Saratoga Botanicals Spa and Store owner Franesa Pyle says with the guidance provided back in June, she was only able to offer about 50 percent of her service menu and only at 50 percent capacity. Pyle says she made the difficult decision in mid-August that after seven years serving downtown Saratoga Springs that she was closing her doors on October 31.

"We would give people an opportunity to come in and take advantage of everything we offer for the next three months, and use their accounts and their gift cards and things like that. I just didn't want to be one of those businesses that closed in the middle of the night," Pyle said.

In the pandemic, so many businesses are struggling and salons and spas -- which couldn't offer many of their services for months-- are one of the hardest hit. Saratoga Botanicals Spa & Store announced in mid-August that it was closing its doors on Oct. 31 @SPECNewsAlbany pic.twitter.com/wAEPxwkB5R

While she planned to liquidate her store and provide the services she could offer, Pyle was using her background in government affairs, spending time lobbying and writing letters to Gov. Cuomo's office asking for additional guidance for months, with no luck.

That's when a customer recommended she reach out to her local assemblywoman, Carrie Woerner.

"I illustrated how we would do these services, with pictures, very safely and with new protective barriers, and also gave her some guidance about what we would be doing," Pyle said.

"And I thought, 'oh my goodness, with that, there shouldn't be any problem,' " Woerner said. "So I shared that image and their plan with a number of my fellow upstate legislators and we all drafted a letter and sent it off to the governor, along with that image, and lo and behold, just like it persuaded me, it seemed to have persuaded the governor's staff as well."

But owner Franesa Pyle says thanks to @AMCarrieWoerner and other local lawmakers helping get her safety plan in front of @NYGovCuomo, she's keeping her doors open! Today is the first day she is offering facials and facial waxing since the stay-at-home order went into effect.

Pyle says Woerner got about 30 other lawmakers on board within a few days and the governor's new guidance was issued in under a week.

"I was completely in shock that it happened so quickly," Pyle said. "Such a surprise for us."

Woerner says given the lag time on other guidance she's been working on, such as protocols to re-open movie theaters, she was too.

"I really attribute it to the owners, the estheticians, put together a really solid plan," Woerner said. "After you read all that and saw that, there really weren't any questions -- so I was surprised and pleased."

Pyle's plan included PPE and mask-wearing until the client's service was set to begin, but also to use these plexiglass barriers between the esthetician and client to help promote an extra layer of safety. Estheticians are also wearing shields and masks. @SPECNewsAlbany pic.twitter.com/RBhRhaSakD

Sunday marks the first day they're offering facials and facial waxing, since the stay-at-home order went into effect, and which weren't previously allowed. Estheticians are wearing gowns, masks, face shields, gloves and have a plexiglass barrier between themselves and their client. Clients wear masks until their service is about to begin.

"I'm just so happy because we've had so many customers just beside themselves that we were closing -- it was difficult," Pyle said.

And Pyle says while she's thrilled to be staying in business, self-care is also key during these unusual times.

"It's so important for us to take care of our self-care on a regular basis," Pyle said. "It is such a stressful time with COVID-19 and we're wearing these masks every day...and we're getting acne and other little things that are coming up and having a facial treatment really does lift that appearance and help us feel good about ourselves. It's one of those self-care routines that we just absolutely need."