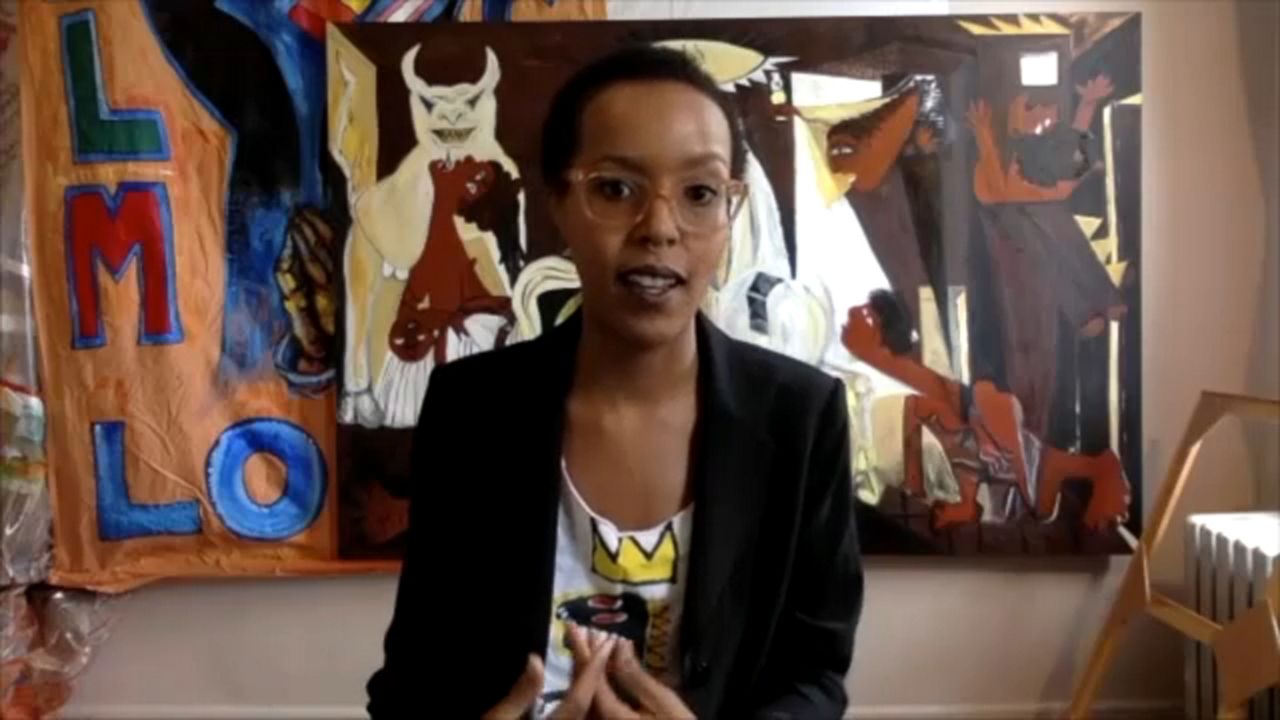 Art imitates life, and for artist Katarra Peterson, that couldn’t be more true.

“I wanted to overlay a parallel to a historical incident one that rooted in my own history as an American,” said Peterson.

The Skidmore alum often uses mediums personal to the Black experience throughout most of her works, such as ethnic hair textures, extensions, and its acceptance in American culture.

She was recently commissioned by an art gallery in Saratoga to bring that same interpretation to Picasso’s 1937 painting Guernica.

“They don’t know about the millions and billions of dollars Black people had managed to earn for ourselves that was consistently destroyed, bombed, or taken away from us or threatened through violence,” said Peterson.

Also known as the Black Wall Street, Black Oklahoma residents in the town of Greenwood were killed by the hundreds.

Acres of their land, homes and business wiped out in just a couple of days, all at the hands of White residents who attacked them with guns, explosives, and missiles fired from planes overhead.

"What’s really important about this piece and how it ties into the social moment is knowing the past and how it relates to the current moment that we're in,” said Peterson.

She says even though civil unrest over social injustice continues today, Black artists can lift their voices through supporting one another’s work.

“If you get 10 to 12 artists in a collective and everyone goes to an art fair and splits that cost, or even just rents a space for a temporary amount of time to promote one another,” said Peterson.

For more of her art you can check her out at on Instagram @KattaraLaraePeterson.