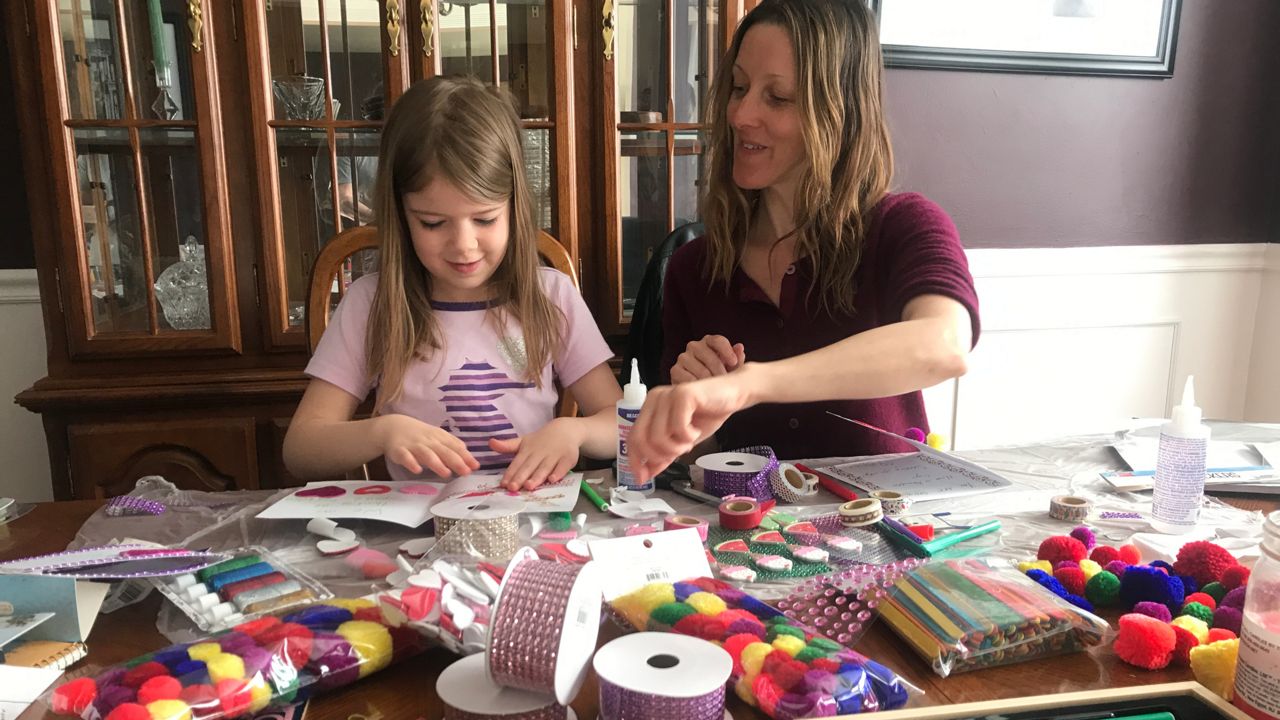 There’s a special bond between a mother and daughter. Growing up in Glens Falls, Rachel Bennett and her mom, Shaunna, shared just that.

“My mom was the most amazing human being. She taught me that the thing we should do in life is to uplift other people,” said Rachel.

But Shaunna’s time was cut short after she was diagnosed with Alzheimer’s disease at just 58 years old. After losing her father early on in her life, and being an only child, Rachel became her mom’s caretaker. But she couldn’t do it on her own. Her mom spent years in assisted living facilities and nursing homes.

“My mom, like all people, had her own sorrows, but she didn’t let it define her. And every day she tried to be the best person she could be, and she always tried to make people feel seen and loved,” added Rachel.

Rachel made sure her mother's time there was special. She hung up cards and photographs in her mom’s room. But, not every resident is as lucky.

Now, times are even harder on those in nursing homes because of the coronavirus pandemic. There are new regulations restricting visitors, and patients are isolated to their rooms. It has made times especially lonely for these residents.

A #GlensFalls native is using the #pandemic to make sure those in nursing homes are feeling loved. Rachel Bennett lost her mom to Alzheimer’s in 2016. Her mom spent years in a nursing home & Rachel saw how lonely residents can be. It’s even tougher with #COVID19 @SPECNewsAlbany pic.twitter.com/1rTrIsX3Es

Rachel lost her mom in 2016, and she now resides in New York City. Years later, she still remembers how special those cards were to her mother. So, in an effort to keep her mom’s memory alive, she began the "Nursing Home Card Project."

She started the project out by sharing her mother’s message with her own loved ones. She created dozens of cards with her boyfriend’s daughter, Sedona. It was a special moment for Rachel, and a learning moment for the seven-year-old.

“People in nursing homes are very lonely right now, and I think that when we gave them their cards, it just brightened their day,” added Sedona.

From there, the project quickly caught on and spread throughout the country. People were making cards and sending messages of love from as far away as California, Canada, and Scotland. And of course, many cards were sent from her hometown of Glens Falls.

The cards are usually sent by the dozen. They are mailed directly to the nursing homes, so Rachel may never know how big this project will grow. But, she hopes her mom’s memory will help change loneliness to love, during the most difficult times.

“I know there’s more than we see in life, and I just try to remember my mother’s empathy and compassion,” Rachel said.