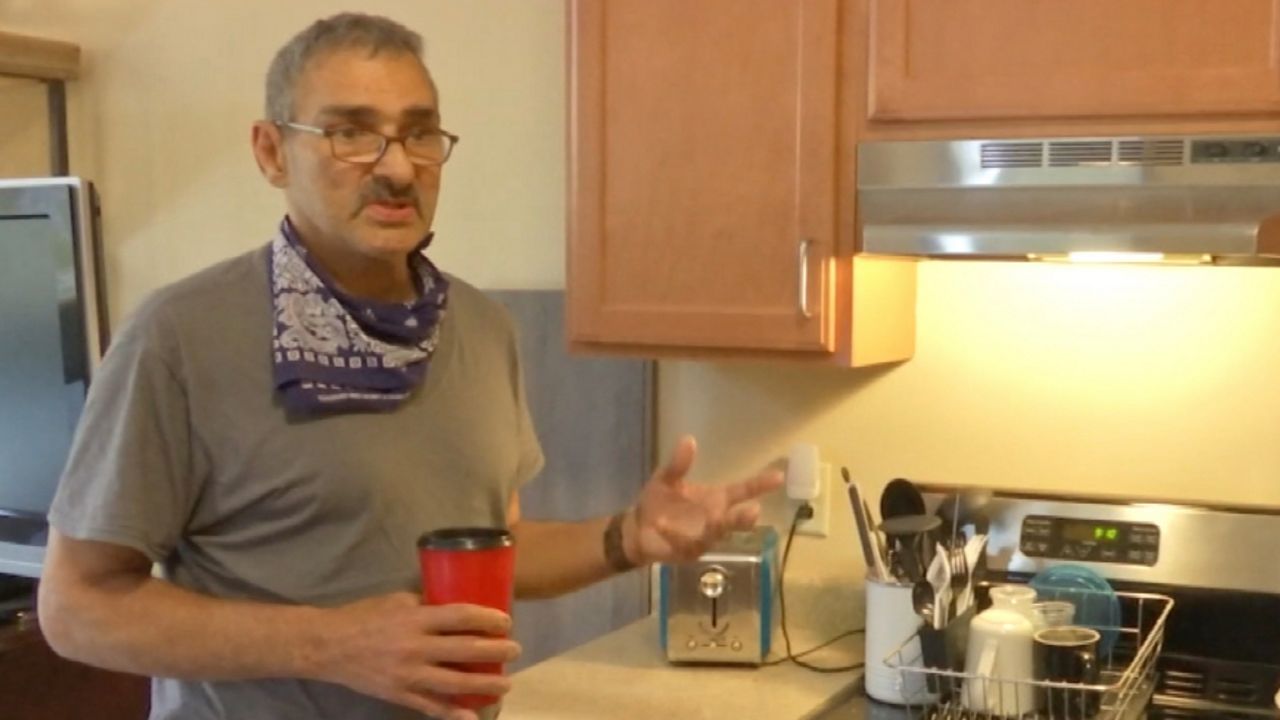 David Olavarria is 62 years old and living with HIV.

“I really didn’t think I’d be on Earth this long, but here I am,” he said. “It’s like, you ever get a cut and the cut opens up again, it’s that type of pain.”

Three months ago, Olavarria was homeless, bouncing around from shelter to shelter, all while the coronavirus pandemic zeroed in on the Capital Region.

“I don’t even want to look at a person that may have it, because it’s really a scary thing,” he said.

After years of living with HIV and abusing cocaine, Olavarria’s immune system is compromised, unlikely to fight off COVID-19.

After nearly 10 months of living on the streets of Albany, Olavarria secured a space to call his own at the Albany Damien Center.

“A lot of the places with public bathrooms have shut down,” he said. “There are not a lot of places to be able to stay safe.”

It’s something Olavarria won’t have to worry about any time soon.

“I really don’t go out much because of it. I try to stay in here and limit the amount of people I interact with,” he said. “This is like a palace to me, really.”