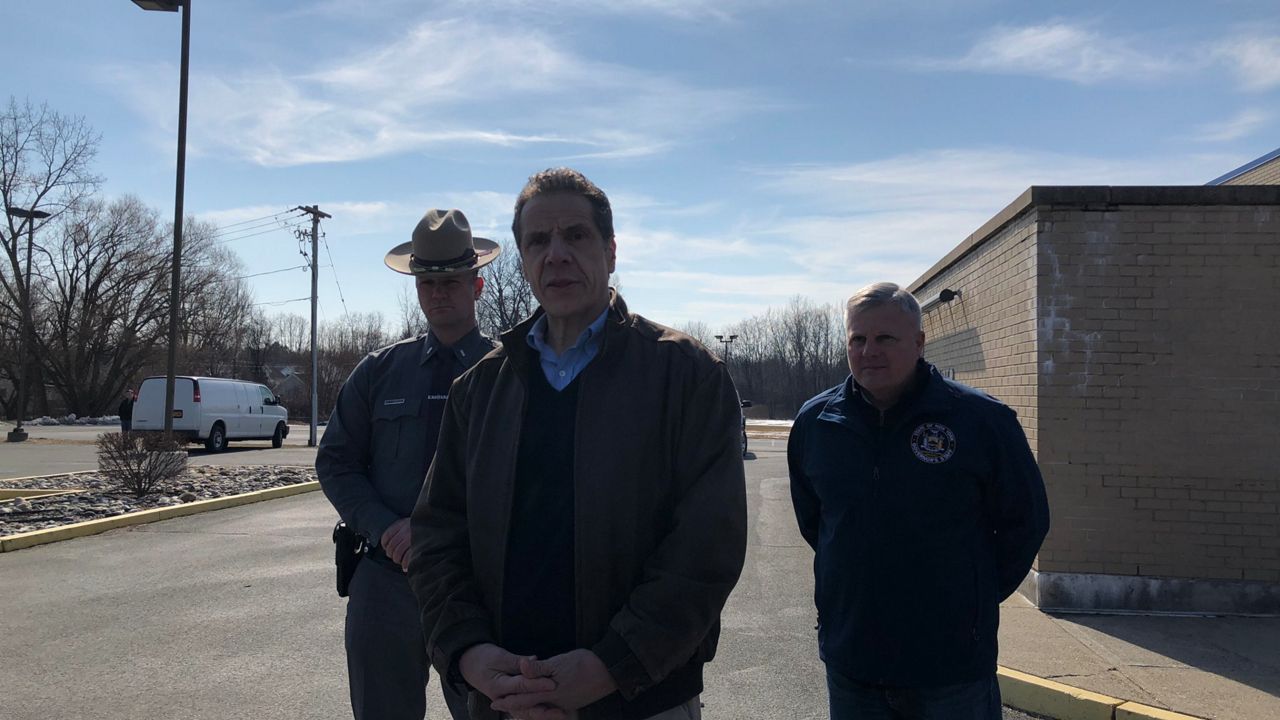 More than a dozen bomb threats were reportedly emailed to Jewish Community Centers across the country Sunday morning, including to the Albany JCC, according to Governor Andrew Cuomo.

Albany PD said they received an email threat mentioning a bomb from the Albany JCC just after 11 a.m. and immediately took action. No device was found in the building but the JCC and Cuomo said they are taking the threat very seriously.

@NYGovCuomo is here at the Albany Jewish community center where an e-mail threat was sent this morning. The building is now clear @SPECNewsAlbany pic.twitter.com/MY0AvH6KBk

"There's nothing in the email to indicate this specific JCC was targeted by any means, or there was a bomb in this building, but certainly on the side of caution we responded here with our K9 unit," said Albany PD Public Information Officer Steve Smith.

The building was eventually cleared but there were classes and activities happening inside, with about a hundred people in them, when the threat came in.

"The building had to be evacuated and the management had to go through and say, 'We're evacuating the building because there's a bomb threat,'" Cuomo said. "Just imagine how that makes you feel. It's not just an anti-Semitic attack, you have children who go to the JCC, you have gym facilities here, so you're really threatening children. I mean, it's one of the most heinous things that you can do."

Cuomo said they know of 18 other facilities who received this exact threat Sunday morning across the country, and so far the state has recorded more than 40 threats like this since the first of the year.

Bomb threats were made by email today against multiple Jewish Community Centers across NY.

At @AlbanyJCC, police evacuated the building, then declared it safe. An investigation into the threats is ongoing.

"There's a contagion of hate all across this country. It's spreading and it's spreading quickly and unfortunately, this state has also been infected as hard as that is to believe because New York, we're all about diversity. But no state is doing more to combat anti-Semitism than this state," Cuomo said.

Cuomo said his office has new legislation in the works called the domestic terrorism law; the state is funding security for faith-based programs and houses of worship, and children are taught about diversity at a younger age.

"We have the most aggressive agenda in the country and I'm proud of that," Cuomo said.

And despite the fact the threat wasn't specifically targeting the Albany JCC or anyone in the building, Smith said the police will always take the threats seriously.

"We respond to every incident accordingly. A lot of people came in on their day off today to ensure this building was safe and that's what we do," Smith said.

Smith said the FBI is also now looped into the investigation to work on determining the origin of the email threat. Police said, as always, if you see anything suspicious to make sure to give them a call.

In the meantime, the JCC closed for the remainder of the day on Sunday.