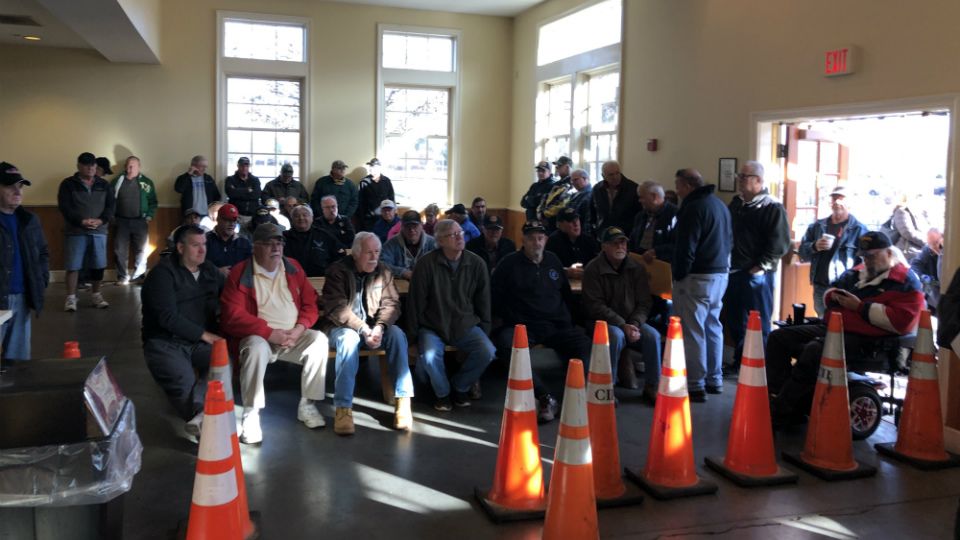 Something everyone can be grateful for this Thanksgiving Day: Our active duty service members and veterans, who protect us day in and day out.

For the last 11 years, one local business has been doing a little something to thank them for everything they do. Tully Rinckey PLLC continued its annual tradition of gifting turkeys to active duty service members and veterans from the Capital Region Tuesday. This year, the law firm gave out 300 turkeys — more than 5,000 pounds of bird.

"It means a lot, it puts food on the table," said Edward Jahn, a Vietnam War veteran from East Nassau.

Tully Rinckey PLLC has put food on the tables of more than 2,000 Capital Region families in the 11 years since the law firm started its "Turkeys for Veterans" initiative.

"It's just one of the many ways we give back to the community, but this one really touches Greg Rinckey and myself personally because of our military background," said Mathew Tully, one of the founding partners of Tully Rinckey PLLC.

Founding partners Tully and Rinckey served, so the firm offers veteran-preference to candidates for employment. While they do many community events, Tully said this one is a favorite of the staff.

"Volunteerism in our office is incredible, we actually have to keep people back in our office to answer the phones, we have so many people volunteering to come here," Tully said. "They love talking to the veterans, they love hearing their stories."

Tully said over the years, he's met Medal of Honor recipients, Iwo Jima veterans and many others with incredible stories to share.

Twin brothers Edward and Bob Jahn are a pair with one of those stories that stands out.

"He was on one side of the base, I was on the other," Edward Jahn said. "I served in Vietnam. I worked on B-57 bombers in the Air Force, he worked on trucks, Jeeps, deuces and halves. He was in the Army and he ended up on the same base I was, so I stayed there another year and we both made it back safely."

"It's truly amazing, I love talking to these men and women," Tully said.

Thomas Hatlee and Arthur Benoit served in the Army and then in National Guard together for 40 years. Hatlee met his wife, Barbara, while they both were serving.

When Tully and Rinckey decided to start this event in 2009, they wanted to do something around a holiday where veterans aren't already in the spotlight.

"We came up with Thanksgiving as a perfect way to be thankful to the veterans and service members who have defended our country," Tully said.