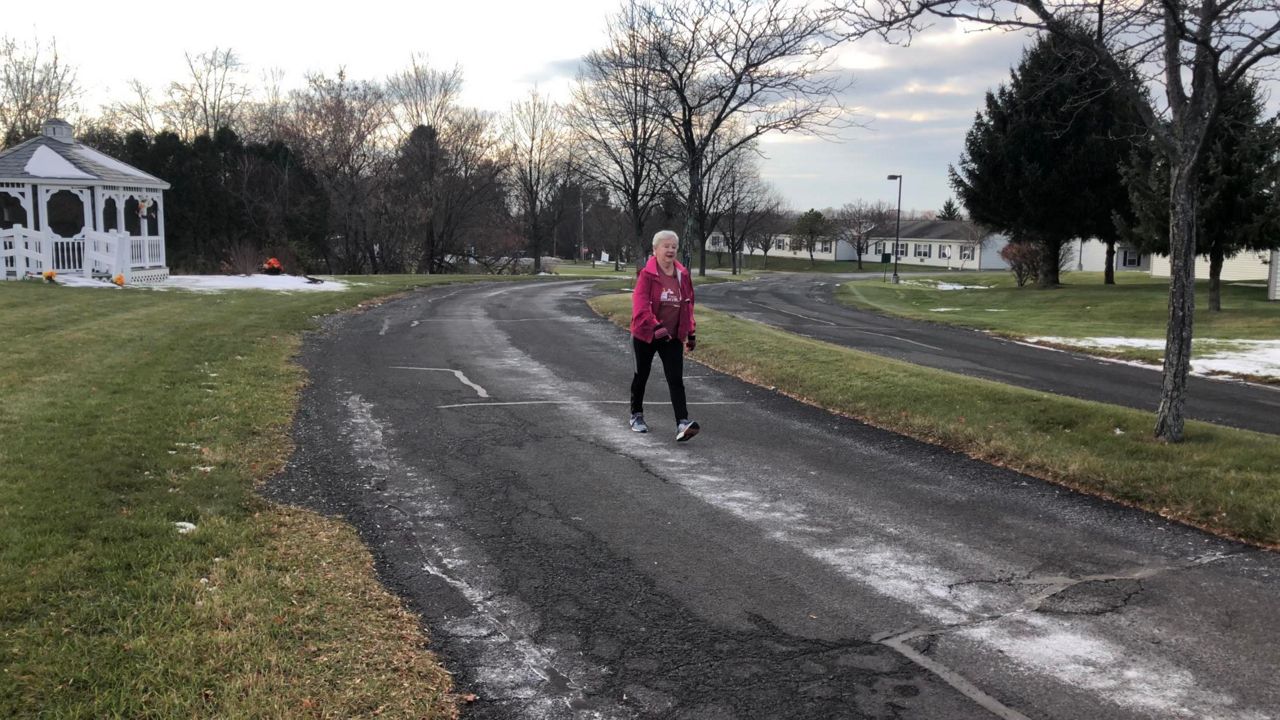 At 75 years old, Louise Liberty is in better shape than people more than half her age. Each morning, she’s suited up to train for some of the biggest athletic milestones in her life.

Liberty's motto in the beginning of her runs stays the same: Slow and steady wins the race.

“I thought I may be able to run a mile, so I got a pair of running shoes," Liberty said.

Liberty went on to run major races and take top titles all across the state. Her best friend, Clara Hunt, stayed with her every mile of the way.

“We were running races and then one day we decided to go together,” Hunt said.

The two use marathons to give back to charities, and training time is used to share funny stories.

“One time someone peeled her red potatoes ... and she didn’t want those red potatoes peeled ... and the more we talked about potatoes being peeled the faster we ran,” Liberty said.

After recovery from a skating injury, Liberty is back on her feet, preparing to run in the Troy Turkey Trot for the 40th consecutive year. She'll be doing it on her 76th birthday, too.

“And afterward you can say I did it,” Liberty said.