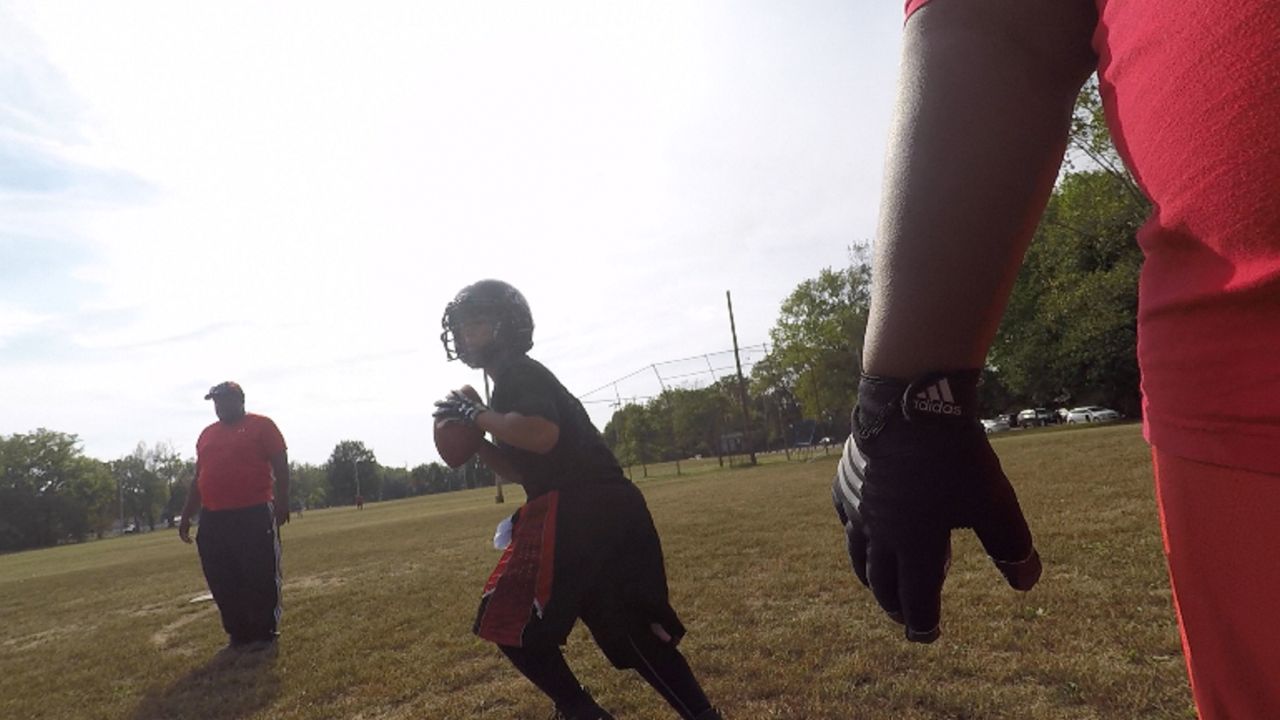 Studies linking chronic traumatic encephalopathy (CTE) and contact sports are nothing new, but a new personal service announcement targets the topic in an entirely new way.

Advocate, Angela Campigotto, and the Concussion Legacy Foundation say they are trying to raise awareness about the dangers of youth tackle football

“Based on the research, the Concussion Legacy Foundation is really suggesting kids wait until they’re in high school to play tackle football," Campigotto said on Sunday.

In collaboration with her place of employment, Finger Paints, Campigotto executed the advertisement after a new study — published in the Annals of Neurology — found the odds of football players getting CTE double every two and a half years.

It was her late father, Joe Campigotto, who became the driving force behind the ‘tackle can wait’ initiative.

“My father played football for seven years ... but was never diagnosed with a concussion and as we found out later, he had stage four CTE,” Campigotto said.

The study was conducted by the CTE center in Boston University — which analyzed over 200 donated brains like that of Joe.

“When they do the concussion study, they are taking players that played 10 or 15 years ago. We are teaching these kids at a young age where the head goes and how to keep the head out of the play," Hawkins said.

“When you’re dealing with small kids, playing tackle football at their body is not just set up to take those hits," Campigotto said.

Campigotto says there are other options for kids who want stay active.

"They can play flag football where they’re going to be able to learn all the fundamentals of the game. It’ll sharpen physical emotional mental skills doing that, just without the tackling,” Campigotto said.

She says the hope is for parents and young athletes to see tackle football in a new light.

“By comparing [youth tackle football] to smoking in the PSA, we really wanted to say you should be seeing [the sport] the same way as you would see children smoking, and it’s just not a good idea," Campigotto said.