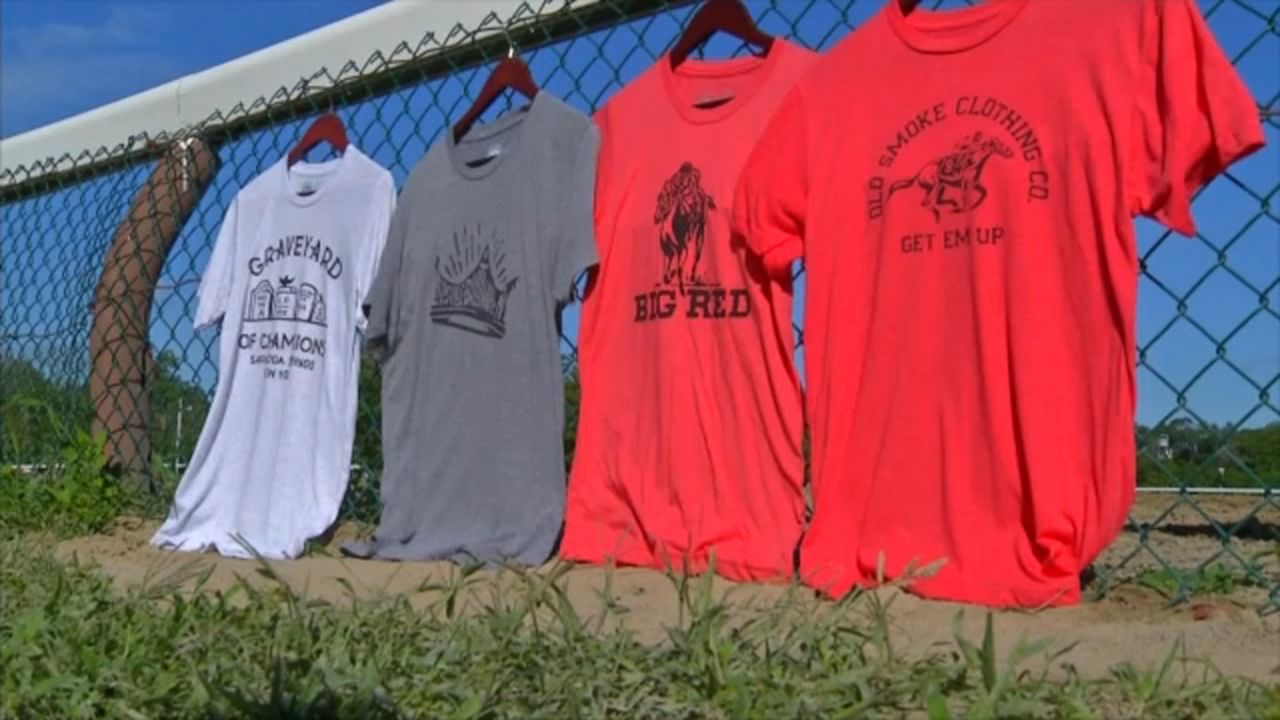 The Traver's Day excitement may have some worried about finding the perfect outfit and a new business is helping race fans with just that.

Since the sport's earliest days, horse racing has been synonymous with high fashion, but fans also love to dawn more casual and comfortable attire at the track. The team at Old Smoke Clothing Company is helping fans to do both.

"To see these beautiful animals and being outside at these tracks, it is just different than every other sport in that way,” said Old Smoke Clothing Co. Co-Founder Kurt Rossner.

Rossner has been a loyal visitor of the Saratoga Race Course ever since his time as a college baseball player at Saint Rose.

“It’s bigger than just a sport because for us and my friends, it’s always been a place to reconnect," Rossner said.

“The materials are such high-quality that we want to be able to appease the infield or backyard fan as well as the clubhouse fan," Rossner said.

Old Smoke's products celebrate the sport's history but are often subtle. To non-fans, it can be unclear designs — like their Triple Crown shirt — which promotes horse racing's signature attractions.

“We wanted something creative that people could relate to and they could be the ones to tell the story,” Rossner said.

Nowhere is that point more true than in the company's name, which is a tribute to Saratoga Race Course founder John Morrisey. More than 150 years ago, he famously earned the nickname "Old Smoke" after a bar room brawl.

"We have spent years at the track just telling stories, traditions, and histories, and his is one of the best. His story is just epic,” Rossner said.

In less than a year's time, well-known figures in the sport have embraced Old Smoke's sartorial mission.

“It’s been pretty cool, it’s been kind a pinch yourself where Bob Baffert, we followed him for years, and now we are talking to him and sending him designs,” Rossner said.

As the Old Smoke brand continues to grow, Rossner is able to share the story of racing with more loyal fans.

"It has been an amazing year and we are really excited to see what can come next,” Rossner said.

Old Smoke's products are sold exclusively on the company's website, but they do ship all over the country and world — especially in places where thoroughbreds run.

To see our coverage of Saratoga's racing season, click here.