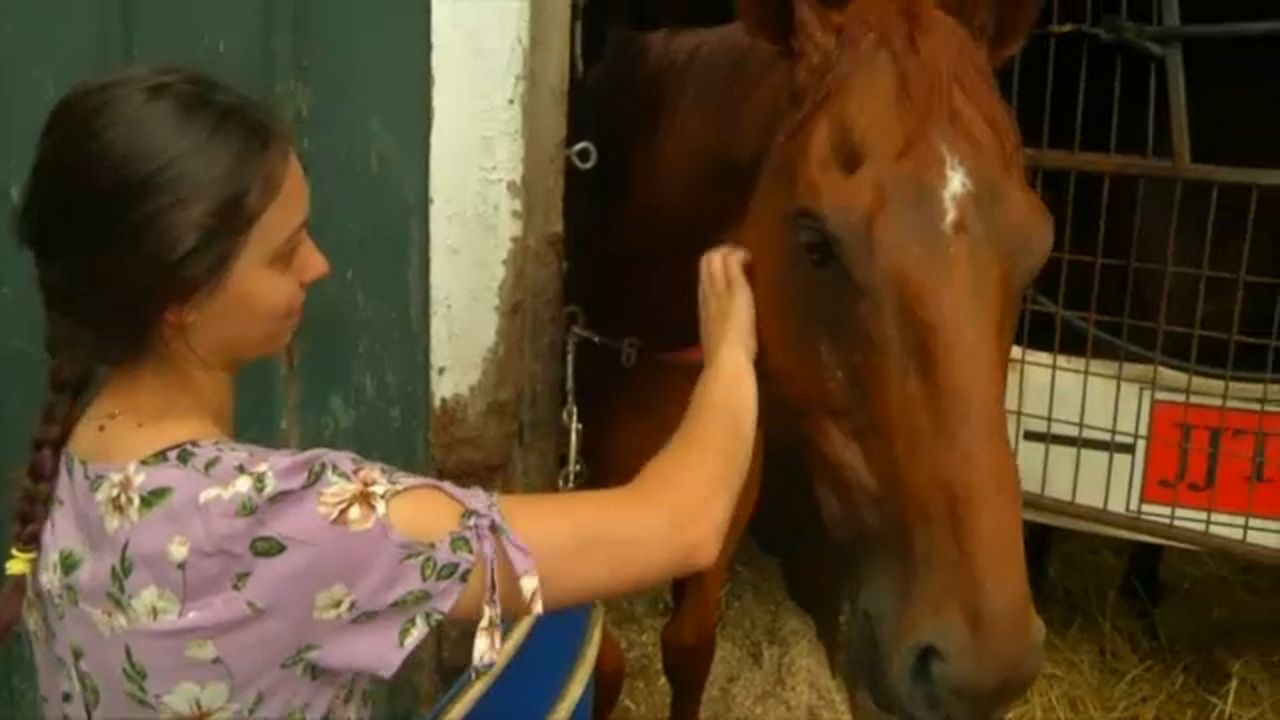 Brianna Iorga is a self-professed horse lover, despite not growing up with them during her childhood in Oklahoma.

“I think my favorite part is riding, even though I haven’t ridden that much,” Iorga said. "I grew up in the city with my parents, they didn’t really know anything about horses. I’ve always loved them.”

A few years younger than Iorga, cousins Catherine Fischer, 13, and Savannah Calano, 10, can't get enough of them either. Along with Iorga, they signed up for a tour of Saratoga's backstretch area Wednesday morning.

“I was really excited because I hadn’t seen horses in a long time," Calano said.

"Some horses you can have a really special bond with and I think that’s so amazing,” Fischer said.

The tour — which also included access to the paddock and a box seat — was organized by a new organization called Amplify, which aims to connect young people to racing.

“Our goal is to provide a centralized group that gives people information about the industry, and gives them ways to start working in it,” said John Piassek, one of Amplify’s co-founders.

Along with behind-the-scenes access, Amplify offers face-to-face interaction with trainers and other industry professionals. On Wednesday morning, the group was greeted by trainer Mark Casse at his barn near Saratoga’s far turn.

“At your age get around horses, get to know them,” Casse told the group when asked what advice he had for young people looking to break into the industry. “I know for me, if I see a young person that really loves it, I’m going to help them.”

A student at Oklahoma State University, Iorga hopes to work in racing one day. Bridging the connections that will make that dream a reality is part of Amplify's mission.

"If you don’t grow up with horses, you feel like you’re at a disadvantage,” Iorga said, who’s currently interning at the Rood and Riddle Veterinary Clinic near Saratoga Race Course, and is considering to study to become a veterinarian.

"It’s a big learning curve so having a place can overcome and eventually grow to love it. It’s not just helpful, it’s vital,” Piassek said.

For young people with dreams of a bright future in racing, Amplify just may be that foot in the door.

"[Most importantly] for people who are younger and, like I was, didn’t have the opportunities or experience,” Iorga said, “it’s just a gateway.”

After Amplify’s founding about a month ago, Wednesday's tour was the organization’s first. The founders plan to offer similar experiences at as many racetracks as possible in the near future.