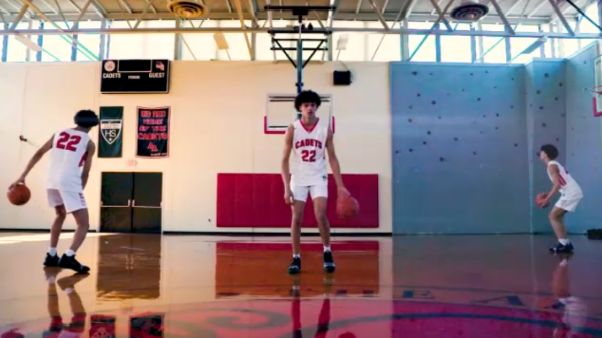 Andre Jackson of Albany Academy could end up being the most athletic basketball player to ever come out of our area. Andre's story begins in Amsterdam.

Andre was born bigger than usual. His collarbone was broken during delivery.

He began playing basketball when he was 5 years old. His mother, Tricia, coached a team at the YMCA in Amsterdam, and she would bring Andre along to the gym.  From the second he picked up a basketball, Andre says he was hooked.

The first time he attempted to dunk a basketball was third grade, but obviously, he wasn't even close. His mother says she remembers the first time he finally did it when he was in the sixth grade.

Tricia tells the story of looking out her kitchen window as her son was playing in the driveway, and at just 11 years old, he had that amazing ability. The first time he dunked in a game was in seventh grade, playing from Amsterdam.

The crowd went wild, but Tricia said, "I'd seen a million times, so I didn't think anything of it."

When it came time for high school, Andre moved to Albany Academy; it was there his talents became even more apparent and his game blossomed.

Since coming to Academy and learning under Head Coach Brian Fruscio, Andre has won two NYS Federation Championships and he still has another year left in high school.

The last few years have been a whirlwind for him, garnering interest from schools like Syracuse, Stanford, Georgetown, UConn, and Iowa. This summer on the AAU circuit, there's a good chance even more offers will come his way.

Jackson says he was told by his grandfather not to put all his eggs in one basket, so in addition to being a standout athlete, he also carries a 3.5 GPA at Albany Academy.