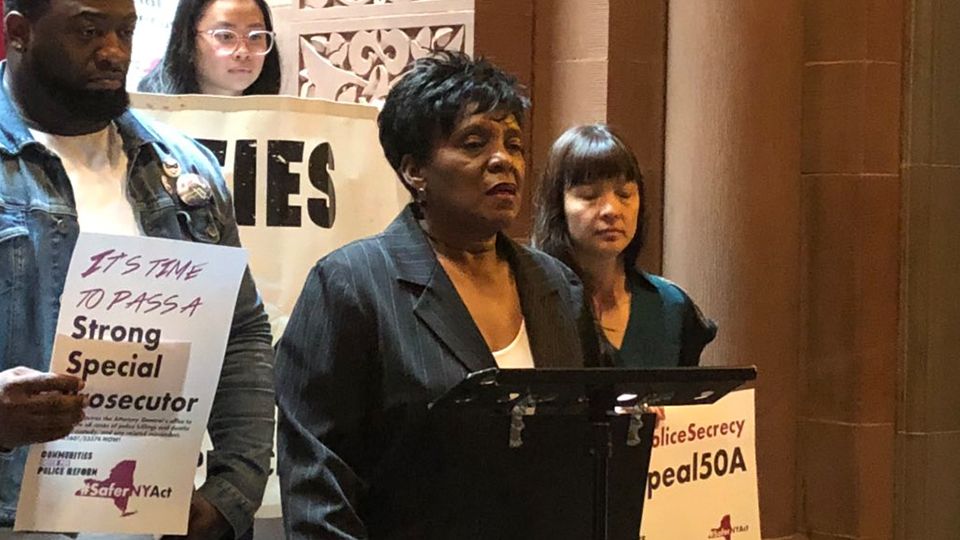 Police reform continues to be a hot topic, especially in the Capital Region, following the viral video of an Albany police officer who is facing assault charges, accused of kicking a man.

People are gathered at the Capital for police reform — specifically repeating 50a, a law on police secrecy, appointing a strong special prosecutor and more as part of SAFER-NY. @SPECNewsAlbany pic.twitter.com/YWGMEpyPi7

At the state Capitol, more than two dozen community members and legislators gathered outside the Senate chambers Tuesday to rally in favor of passing a package of police reform bills known as the New York SAFER Act. The bills in the package address police brutality, accountability and transparency.

The SAFER Act includes legislation to repeal 50a, a law which makes personnel records for police, firefighters and corrections officers confidential. New York and Delaware are the only two states that still have a law like this.

"By continuing to have a lack of protections for civilians and a process for accountability we signal that it isn't important to us as legislators and as a state," Salazar said.

The STAT Act passed through the Codes Committee on Tuesday, and Salazar says it's now headed to the floor for a vote. As for the rest of the bills incuded in the SAFER Act, Salazar says she and her colleagues on both sides of the aisle and in the Assembly need to push forward on the rest of the package to get it passed this session.