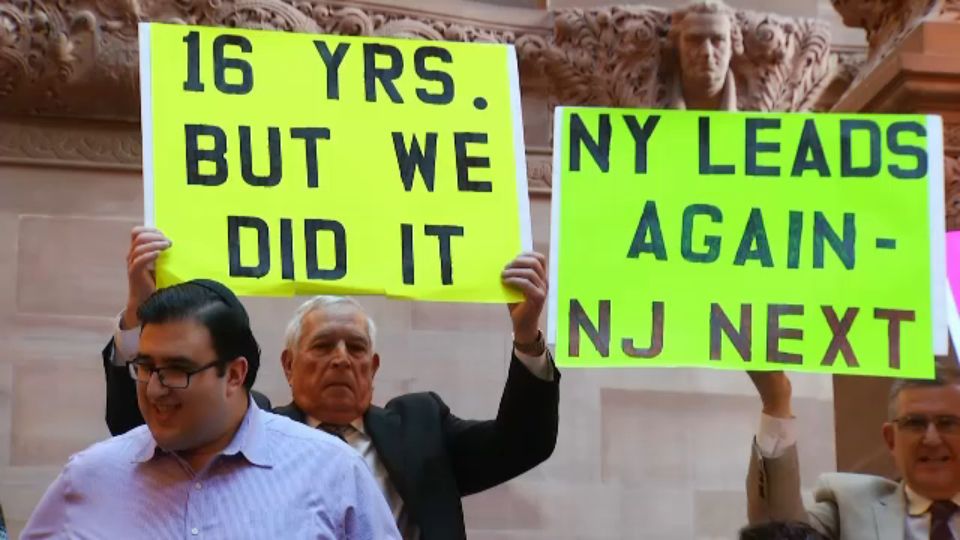 On the steps of the Million Dollar Staircase, child abuse survivors and their allies gathered for a final time Monday in support of the Child Victims Act.

"For too long we've had one of the most restrictive laws in the nation, and that changes today," VP of Government Affairs for Safe Horizon Michael Polenberg.

As a child sex abuse survivor, Mary Ellen Oloughlin was with them in solidarity. She's been lobbying for the bill for 13 years, and now she'll have a one-year look back window to file a civil case against her stepfather.

"I'm going to sue my abuser. For my sake, but also for my brothers and sisters. He's never truly fully accepted responsibility," said Oloughlin.

With an expansion of the statute of limitations, many survivors say they can finally begin to heal and seek justice.

"Nothing will make the trauma disappear as if it never happened, but if we are seen and heard we can begin to heal and trust that our lives have a purpose. Exposing predators and enablers who have, until now, avoided accountability," said Brian Toale, a survivor of child sex abuse.

Across the street from the Capitol, another rally of CVA supporters took place at the Bull Moose Club. One-by-one, survivors are stepping up to share their stories, hopeful the battle they've fought can spare other children.

Survivors are calling the passage of the Child Victims Act a win, but say there is more work to be done. They hope eventually the statute of limitations is eliminated completely.