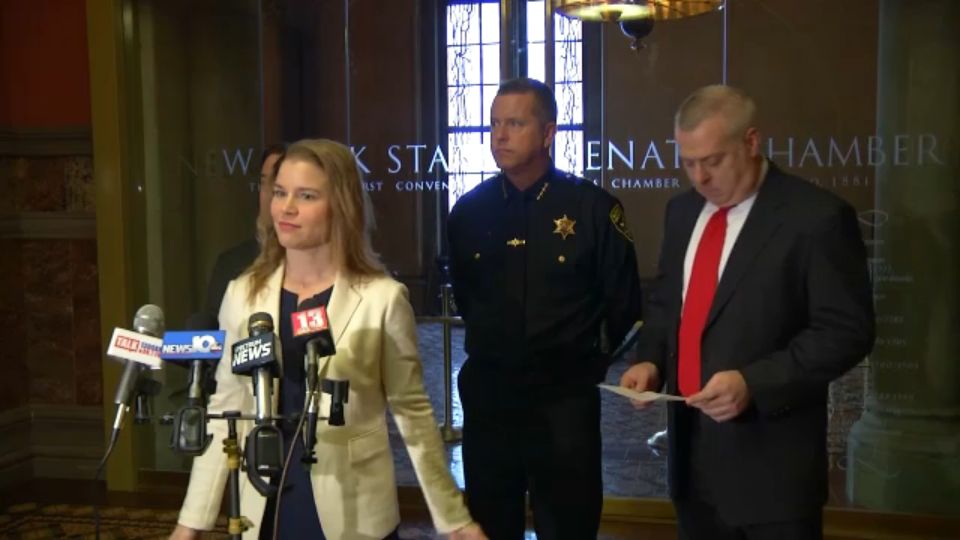 Joining backers of the Child Victims Act and people who say they survived sexual abuse, Albany County Sheriff Craig Apple said at a Thursday rally at the capitol that his office is prepared to assist those who come forward.

The purpose of the rally was for supporters to make the case as to why the Child Victims Act is necessary for law enforcement. Expected to pass, the bill would extend the statute of limitations to give victims more time to pursue charges or sue abusers. It would also create one-year window for victims to file lawsuits.

This legislation has long been blocked by Senate Republicans but Democrats are now in control of that chamber, as well as the Assembly. Gov. Andrew Cuomo also addressed it in his State of the State speech, calling for its passage and quoting Pope Francis in doing so. The Catholic Church has said the bill's passage could have a crippling financial impact on the church.

Cuomo, D-New York, says he plans to include this in his state budget due in April, but some supporters want action taken immediately and seek for it to pass within 30 days. Apple said his office stands at the ready.

“I’m prepared to have people come forward, I encourage it, I want them to come forward and share your story with us and I’ll do everything in our power to help you and protect you and help you through the process," said Apple, D-Albany County.

In the NY Daily News late last year, Cardinal Timothy Dolan said the Catholic Church does support a form of the bill passing, but said the emphasis must be on helping victims heal, not on breaking institutions like religious organizations.

The Catholic Conference, which represents New York's bishops, stated the legislation as it stands now could leave some survivors behind, and also asserted that 90 percent of abuse occurs outside religious institutions at public schools, private organizations, hospitals, and within families.

Dennis Poust, the director of communications for the NYS Catholic Conference provided a statement to Spectrum News on the matter.

"We support [the] passage of a Child Victims Act that puts all victim-survivors first. That means making sure all survivors are afforded the opportunity to be heard and compensated as they heal, whether they were abused in a church, public school, [by] family, or any other setting, and eliminating the criminal statute of limitations, which the current bill doesn’t do," Poust said.