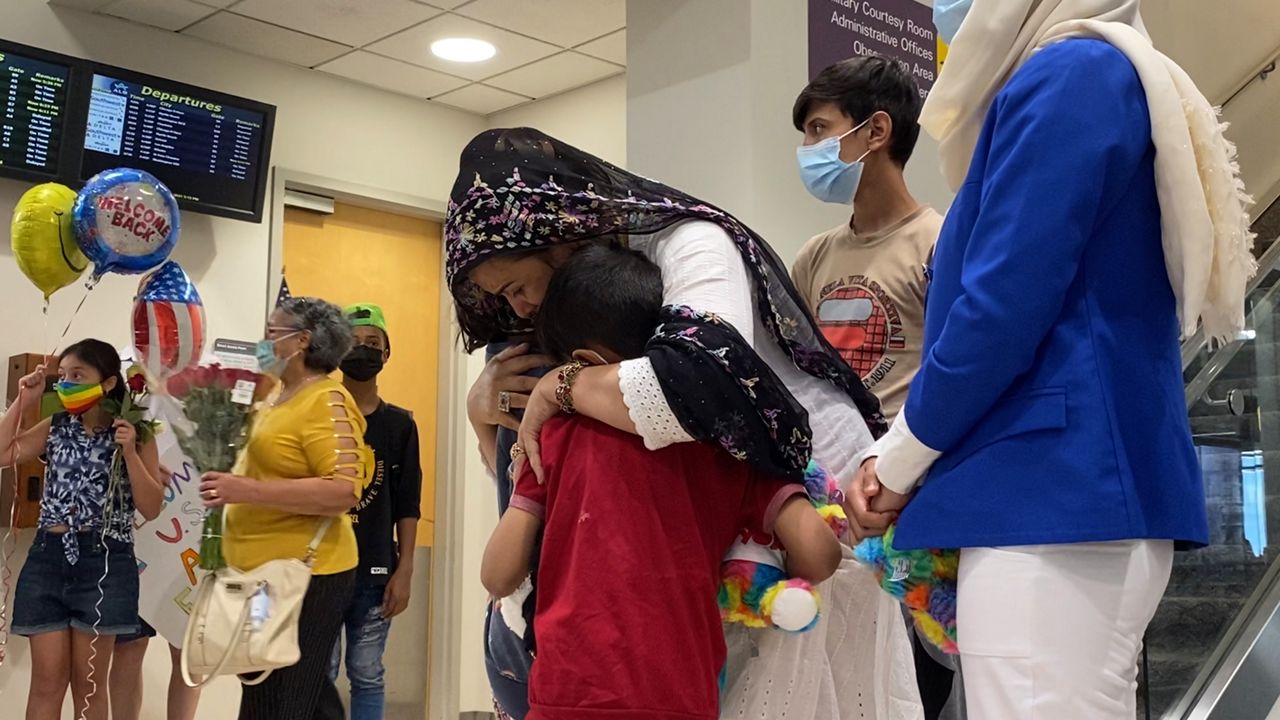 Afghan mother reunited with children in Albany after years apart

In what was an emotional return for all in attendance, Suneeta was once again with her children.

Her four children were kidnapped and taken back to Afghanistan by a brother-in-law in 2016, after the family fled the country to seek protection in Pakistan.

Upon her arrival in the United States in 2018, Suneeta has fought tirelessly to get her children back. Monday, that hard work paid off.

“I’m so happy, and so excited that after eight years, I have my children in my arms. And I really appreciate from all the people who were helping me,” Suneeta said.

Her story quickly spread after she made her plea to get her children out of Kabul before the eventual takeover by the Taliban. After the Taliban took control of the city’s airport, it became increasingly unclear if the kids would be rescued.

But among the many that heard Suneeta’s story was Alex Plitsass, a military veteran and former service member who made it his goal to help save the children.

“Until they got into the gate and actually got on a plane and got out of there, it made for 96 hours that hopefully I’ll never have to go through again, but it pales in comparison to what these kids have done. To see kids that age be so incredibly brave …” Plitsass said.

With her children once again in her arms, Suneeta gave her thanks to both Plitsass, as well as Sara Lowry, the attorney who worked alongside Suneeta from the start of this process.

Lowry says this was the most important work she will ever do.

“There are no words of what this means to me,” Lowry said. “I’ve been crying for two weeks out of desperation, and now to have a different reason to cry means everything.”

Suneeta says she will forever remember the moment she finally saw her children again, as she says her children are her everything.

“I wanted to hug my children, and like today is our day, it is nobody else’s. I feel like the whole world is mine,” Suneeta said.

Suneeta says that she is excited to see what this new opportunity in New York holds for her reunited family.