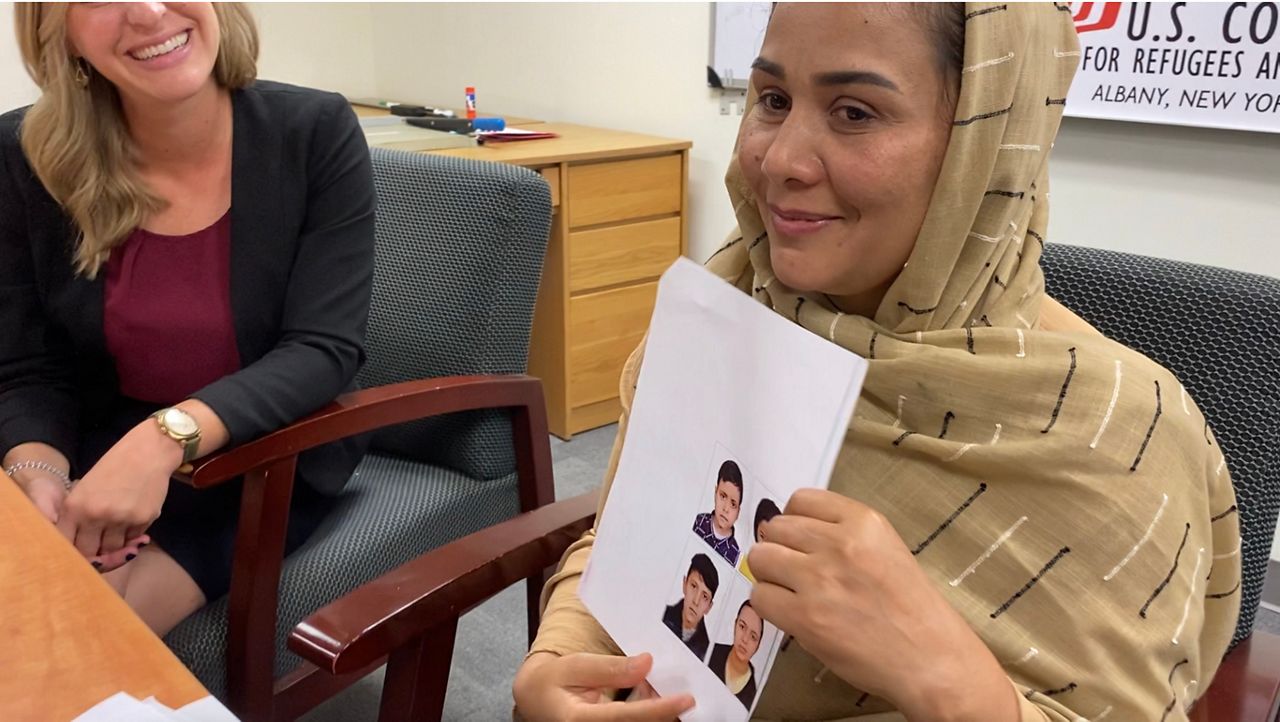 Woman in Albany fighting to get her children out of Afghanistan

Suneeta hasn’t felt the warm embrace of her four children since 2016.

Now, five years later and 6,600 miles apart, she’s fighting every day to get them back.

“That will be the happiest day of my life with my kids over here with me, safely,” Suneeta said.

Suneeta and her family are from Afghanistan. Her husband worked for the U.S. military as a security guard, but went missing in 2013. She said his disappearance was believed to be tied to the Taliban.

“He disappeared, they were thinking the Taliban kidnapped him, and after, they didn’t hear from him. We didn’t feel safe so we moved to Pakistan for safety,” Suneeta said.

But Suneeta’s fears weren’t relieved. She said her children were kidnapped in Pakistan by a brother-in-law who came to visit. That was the last day she saw her children.

When her refugee case was picked up for resettlement in the United States, she believed this was her opportunity to get her children back.

That’s where she found the help of Sara Lowry and the U.S. Committee for Refugees and Immigrants.

“It’s hard not to get emotionally connected with this type of case. I’m not a mother, but I have nieces and nephews, friends who have children. There’s no way I wouldn’t be involved," Lowry said.

Lowrey said the moment Suneeta is reunited with her family once again will mean the world to her.

“This may be the most important thing I’ll do in my life, to be a part of a process to save four lives and four children,” Lowry said.

But now, Suneeta and Sara face a new challenge as the Taliban take control of major cities in Afghanistan, including the country’s capital, Kabul.

This movement could be dangerous for Suneeta's children, who are there now.

“Everyone around there knows these are the kids of the guy who worked for the U.S. as a security guard. And it’s very difficult to hide them. Because they are kids, there is no one keeping them safe,” Suneeta said.

The four children have been granted humanitarian parole by the U.S. government, which would bring them to the U.S. during the unrest in Afghanistan.

But now, the U.S. embassy in Kabul has suspended all operations and evacuated as the Taliban take over, meaning the efforts to faciliate this move could be on pause.

“Our questions and requests have gone unanswered. I understand bureaucracy. This just seems beyond the pale for four unaccompanied children,” Lowry said.

As the political unrest continues, Sara and Suneeta are making every effort to get the four children on U.S. soil.

Suneeta said she keeps contact through social media whenever possible and she shares this message with them.