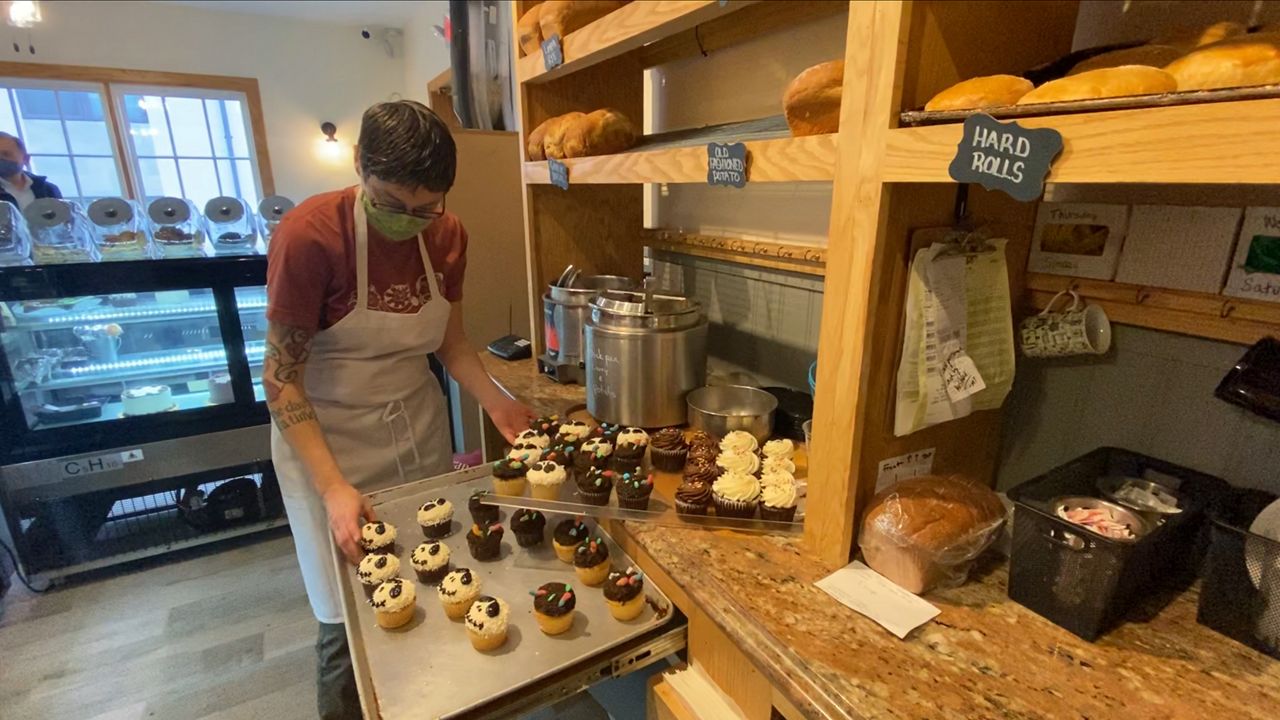 Matt Tallman’s family has been serving baked goods to the Saratoga community for 30 years.

“My mom started this when I was growing up right out of our house in Greenfield, right out of the basement,” Tallman said. “She used to go to the farmers markets.”

Tallman is the general manager of the Bread Basket. His mother Joan moved the cafe and bakery to its current location on Spring Street in 1992, and it’s been a hit with loyal customers like Patricia Tschannen ever since.

“When you see somebody enjoy it, that is why you do it,” Angelina said. “When I show somebody a cake that I have made for them, the reaction is what keeps me going.”

After three decades, the Tallmans decided to sell the Bread Basket in July, but the family isn’t going anywhere. The new owners have decided to keep them in charge.

“I think it is absolutely amazing,” Angelina said. “When Joan found out that’s what their plan was, she was just blown away by it.”

It’s now been three months since entrepreneur Ed Mitzen and his wife Lisa bought the business.

“That is a recipe for disaster if you start fiddling with stuff that is already working,” said Mitzen, who founded Fingerpaint Marketing. “It has a very loyal customer base. People love this place and we just didn’t want to screw it up.”

A few weeks back, they sat inside and caught up with its founder, Joan.

“I love to bake,” Joan said. “That was my passion and to see somebody else continue with it, I think, is wonderful.”

The staff, recipes, and ingredients may be staying the same, but there is one big change: Moving forward, the Mitzens will donate 100 percent of the Bread Basket’s profits to local charities that work to end hunger.

“To be able to make a difference in the community that we live in and that we absolutely love, it is just a great feeling,” Lisa Mitzen said. “We are very blessed and fortunate that we are able to do that.”

The Mitzens and Tallmans recently celebrated their new partnership with a ribbon cutting and the first donation of $25,000 to the local non-profit Capital Roots.

“I thought it was wonderful,” Joan said. “There are so many people who need the food and money to carry on their business.”

After three decades, the Bread Basket is still a place where customers can get the food they adore. Many immediately embraced the new charitable mission.

“As soon as I realized they were donating to local charities, it was a slam dunk,” longtime customer Sharon Jurs said.

“It’s been great; everybody’s been super supportive,” Ed Mitzen said. “If this model works, I could definitely see us doing this with other businesses.”

Still at the helm, the Tallmans are also taking pride in the fact each delicious bite they serve will help ensure no one in their community goes hungry.

“If it doesn’t make you feel good, you are a robot,” Angelina said.

“It has really been able to grow and really become part of the community,” Matt said. “To be able to continue it on the way we are now, we are just really lucky to have this opportunity.”

CORRECTION: An earlier version of this article incorrectly identified Matt and Angelina as husband and wife. The error has been corrected. (November 5, 2020)