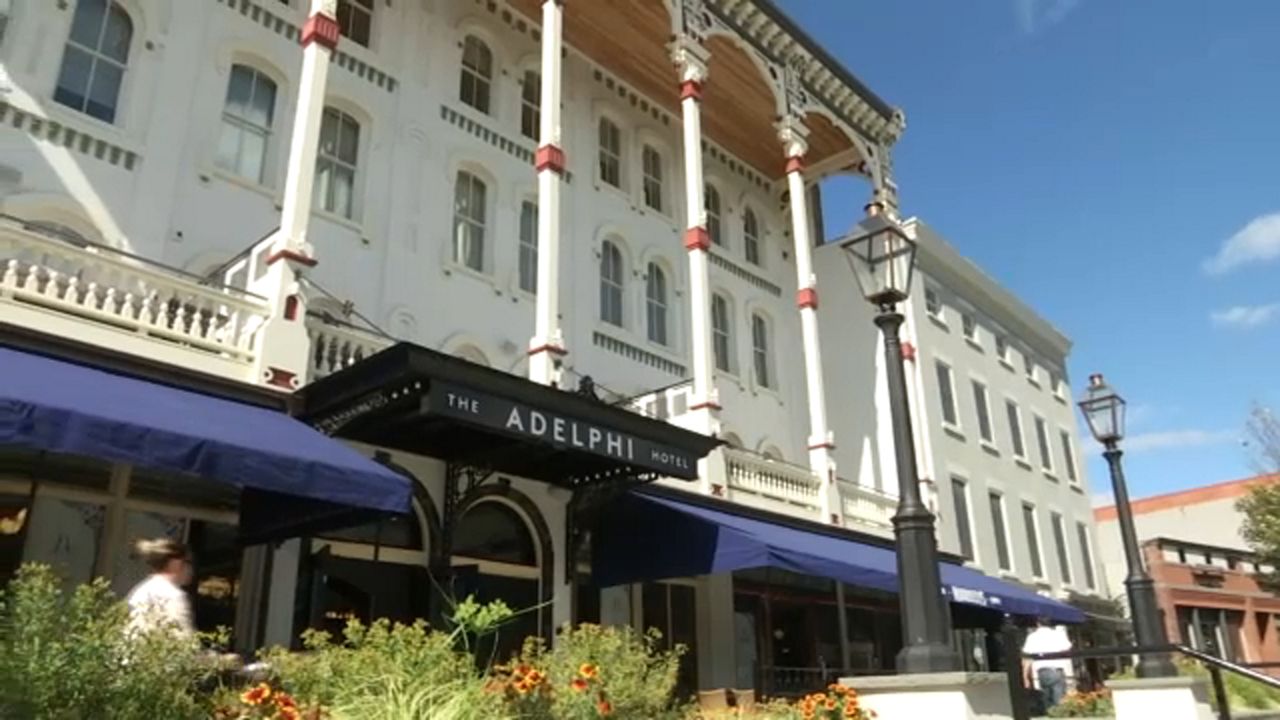 But on Saturday, there were some ghost stories and a bit of history coming from The Adelphi Hotel.

The hotel was built in 1877, and Joe Haedrich, author of "Haunted Saratoga: Ghosts of the Spa City" says hidden rooms and underground tunnels leading to the bank that used to be across the street were discovered.

But that is just the start of the spooky rumors about the hotel.

Haedrich says there are reports of ghosts and spirits galore.

"A woman who was working as a cocktail waitress came off her shift at around 2 in the morning. There was a man who was staying upstairs in room 205, which turns out to be the room that John Morrisey died, and he came running down and said there is someone sleeping in the bed next to me," said Haedrich.

Haedrich claims that part of the reason the ghosts stuck around was because the hotel's previous owners loved local antiques which made the spirits feel even more comfortable at The Adelphi.