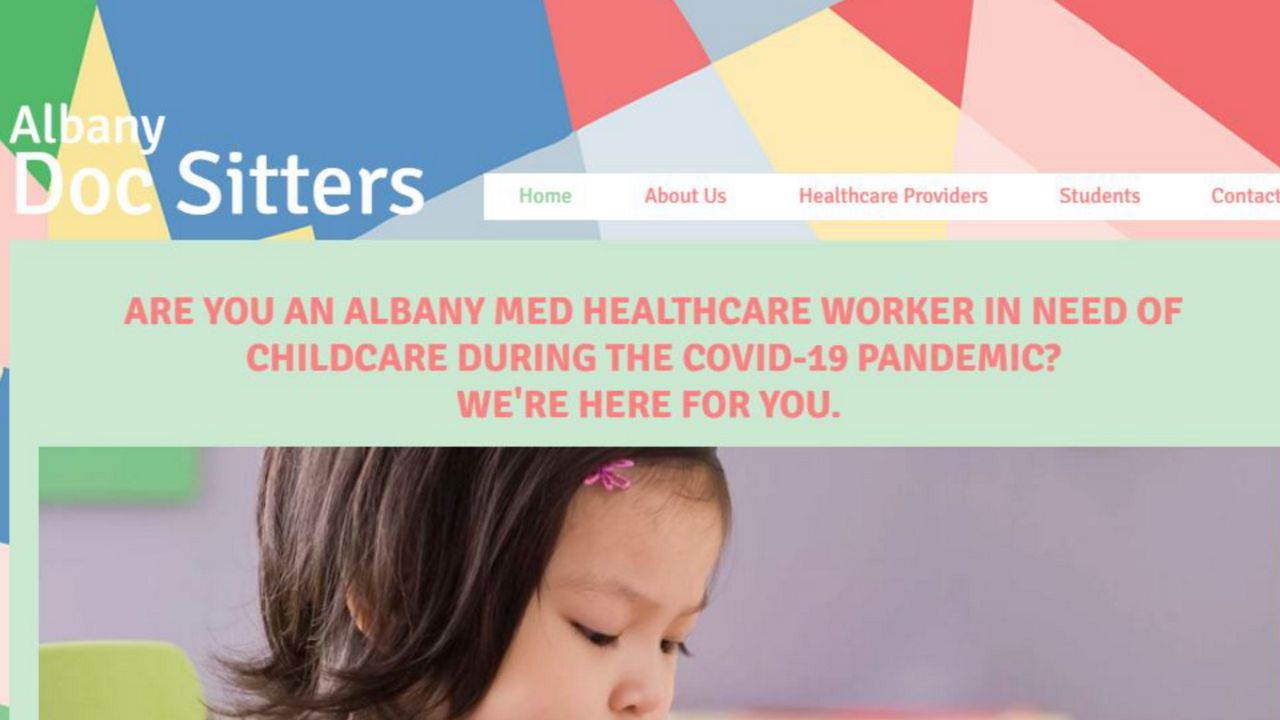 A group of medical students are doing their part to make home life a little easier for those currently on the frontline of the COVID-19 pandemic.

Third-year medical student Vilok Desai and his Albany Medical College classmates couldn’t just sit on the sideline during this pandemic. On-site clinical rotations had been suspended, and courses are happening online.

So Desai came up after with an idea that originated from a group of medical students in Minnesota.​

“We just kind of created the website that night. Asked our entire school, not just our class, but all four years, if anyone would be willing to help out,” Desai said.

They created Albany Doc Sitters, a network where students would volunteer by babysitting, pet-sitting, or even just running errands for health care providers. So far, they say 90 volunteers have signed up, with 45 frontline workers asking for help.

Third year medical student Vilok Desai is one of the founders. pic.twitter.com/M8hTGCFC5m

“We get their information. We can sort through it, see what their needs are in terms of hours, days, how many kids they have," said Will Yokeley, one of the founders.

They say this is all being done with safety and social distancing in mind. For examples, volunteers and providers are asked several questions when signing up, and they’re limiting one student to a particular home.

These three students say they’re doing this because there’s a need with health care providers working long hours. In addition, they say they just want to help the doctors and nurses who have become close colleagues during their medical education.

“When we were able to match some of these people up, the gratitude they expressed to us has really kept us going," Desai said. "It’s really been heartening.”