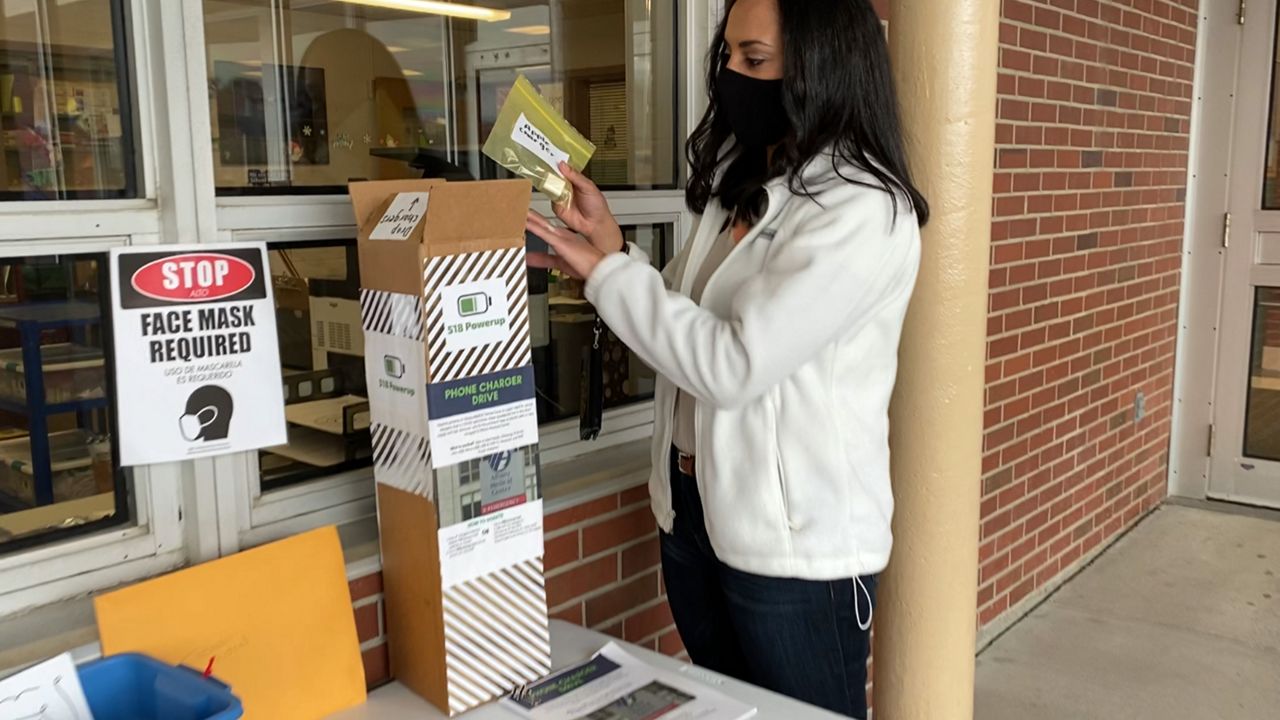 Outside Reina Ciccarone’s Clifton Park home, there’s a drop box filled with cell phone chargers. There are several packages of them ready to juice up iPhones, Android phones, or any other smartphones.

“We’re so surprised by all of the donations we’ve received; a lot of them are anonymous,” Reina said.

She has been collecting these chargers since December with her husband Tony Ciccarone, and donating to local hospitals.

This all started when the couple saw social media posts from nurses asking for them. They say due to COVID-19 restrictions at hospitals, these accessories are in short supply and high demand.

“We put a social post out about a month ago, and there’s been hundreds of views and donations,” Tony Ciccarone said.

That led to them starting an initiative called 518 Powerup to spread the word on this effort. In addition to a website, they’ve also set up drop boxes in the community, including one at Orenda Elementary School.

“As long as we’re getting donations, we’re going to keep it around,” Reina said.

Donations are slowly trickling in, which some are being sent to their post office box. It may not be much, but Reina says they wanted to help in whatever way possible during this pandemic.

“Sometimes we’ll get about three or four packages, and we do check weekly, so we might come twice a week,” she said.

A week later, 50 chargers sit in a bag as Reina heads toward Saratoga Hospital. This is the minimum amount she tries to bring each time they make a trip to a hospital.

Saratoga Hospital Foundation Executive Director Mary Solomons says the chargers will go to patients who suddenly had to be hospitalized. She says many of them didn’t expect to stay at the hospital for a long period of time, so they don’t have everything that they need.

“The nurses will be the one distributing them to patients in the ICU, the emergency room, etc., wherever they’re needed,” Solomons said.

As she took the handoff of these charges from the Ciccarones, Solomons thanked Reina for the donations. Reina says the goal is to hit 1,000, and if the need is still there at that point, they’ll keep going.

“I know it’s a small thing, but it really makes a big difference to people who are in the hospital and need to be connected with their family, so [we’re] glad to help in any small way that we can,” Reina said.